13 Things You Shouldn’t Do During a Negotiation

You did it. You applied for your dream job, or at least a position that’ll help pay the bills, and you got an interview. The interview went well, and they sent you a confirmation offering the position. You, however, are not comfortable with the salary they’re offering. What do you do next?

For many new employees, and plenty of old ones, negotiating is a terrifying topic. However, it doesn’t have to be.

Chances are you won’t have time to study up on everything you need to do during the negotiation. But a valid shortcut is researching the things you should not do during a negotiation.

By heading into a negotiation with a solid framework that highlights what you absolutely shouldn’t do when trying to get those extra dollars, you’re ahead of the game whether you’re negotiating for a higher salary or something else.

Instead of going into the negotiation unaware, take these tips and know at the very least you’re avoiding the most common mistakes.

1) Don’t Go in Without Prep 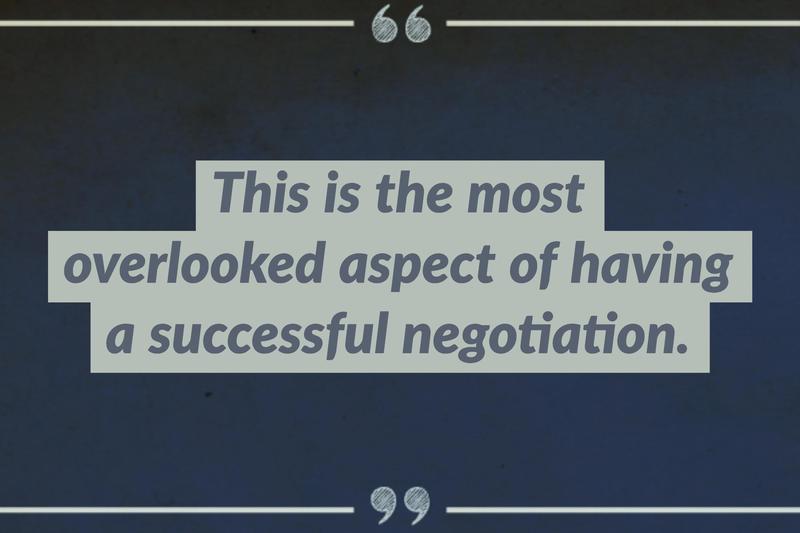 Like everything in life, your negotiation will have the best outcome if you put in the extra effort and do a little research. According to Stanley A. Braverman, President, Braverman Associates LLC, even a little drop of preparation is better than none.

“Never negotiate without preparation and a plan,” he said. “The preparation can take minutes, weeks, or months depending on the type of negotiation. This is the most overlooked aspect of having a successful negotiation.”

What are some examples of good negotiation prep? Getting on Google to look up articles like this, researching the average range of salaries for the position, and practicing with a friend. 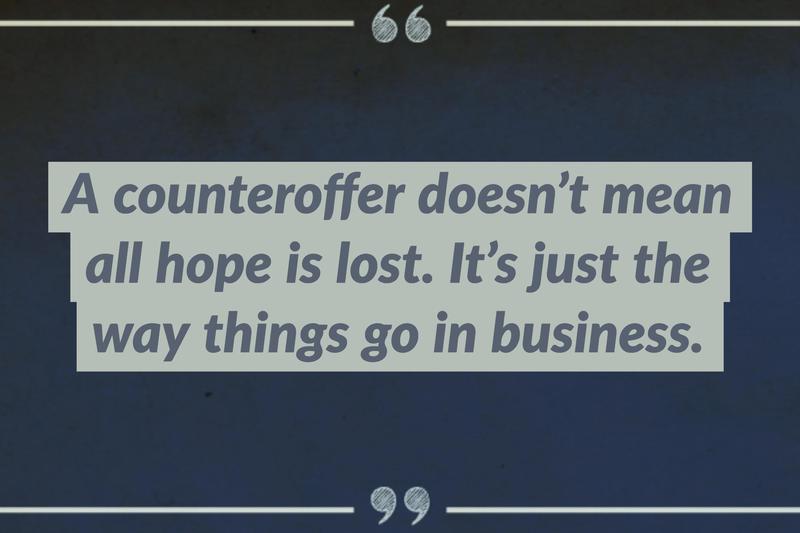 Negotiation is a two-way process. No matter how much prep you do beforehand, it’s unlikely your first offer will be accepted. More often than not, your offer will be met with a lower second offer from the company.

“Do not expect a single take-it-or-leave-it offer to be accepted,” Braverman said. “Most negotiators expect some counteroffer give and take.”

Although it might bug you a little, don’t be insulted by counteroffers. A counteroffer doesn’t mean all hope is lost. It’s just the way things go in business. 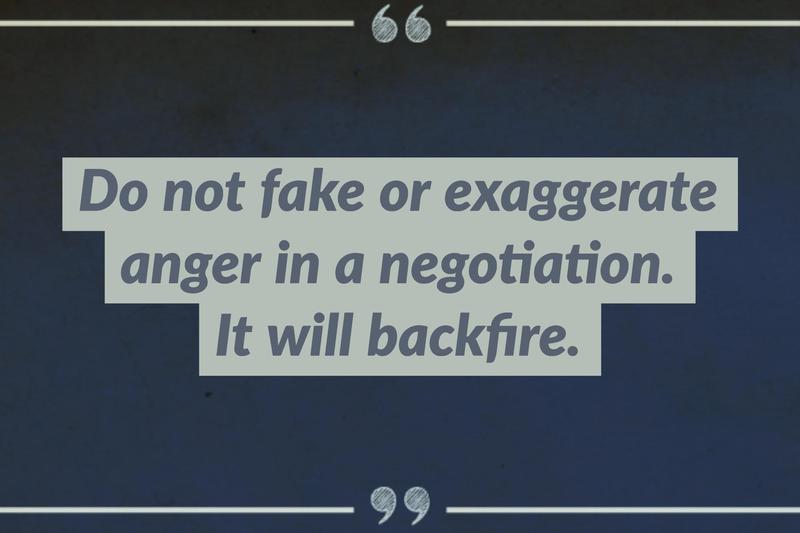 If you’ve ever heard someone advise you to wear your emotions on your sleeves during a negotiation, leave that tip at the door.

“Do not fake or exaggerate anger in a negotiation,” Braverman said. “It will backfire.”

Chances are you won’t be seen as passionate. You’ll be seen as unprofessional. At best, you’ll be perceived as emotionally unpredictable. At worst, you might be seen as manipulative and lose the offer. Just don’t do it.

4) Don’t Overlook the Importance of a Good Comparison 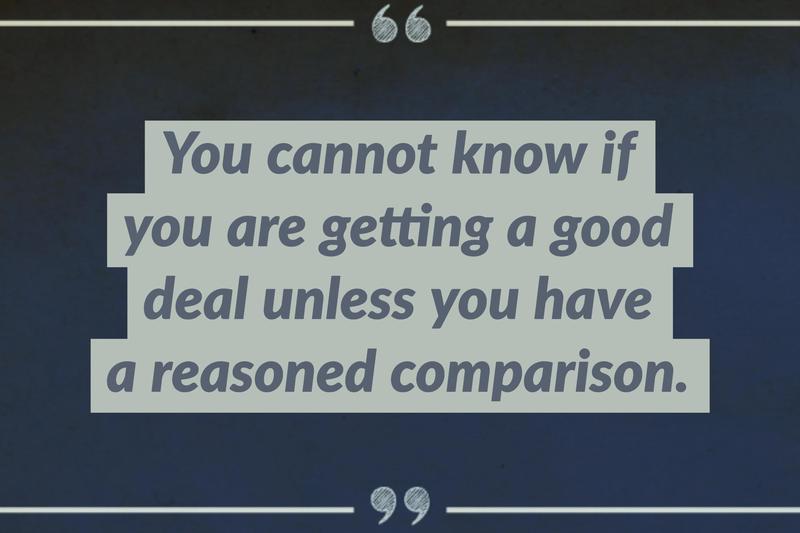 “Never negotiate without having an alternative option available,” Braverman said. According to our expert, one of the most common mistakes made by candidates is trying to negotiate when they haven’t compared the benefits package to viable alternatives.

“Negotiating for a different position with better health insurance, hours, or education benefits might be your next best choice,” he said. “You cannot know if you are getting a good deal unless you have a reasoned comparison.”

Dollar amounts matter, but never overlook the importance of the traditional benefits like leave, insurance, and retirement packages. 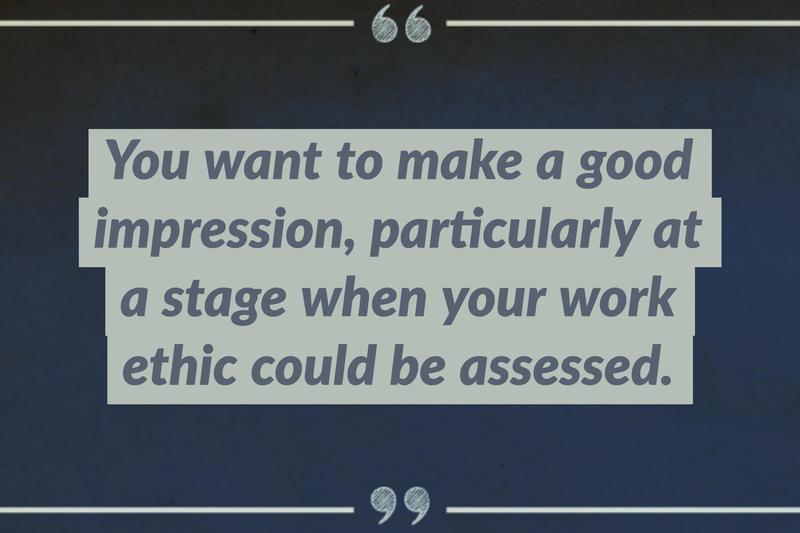 “Do not use smartphones for new information or accept phone calls during a negotiation,” Braverman said. “It creates a rude, unprofessional, and untrustworthy appearance.”

Don’t forget to disconnect from the social media world during a negotiation, too. Your Facebook news feed, Twitter feed, and even your LinkedIn messages can wait. Employers take note of every detail of your interactions. And you want to make a good impression, particularly at a stage when your work ethic could be assessed for value.

Of course, some emergency occurrences warrant answering a phone. 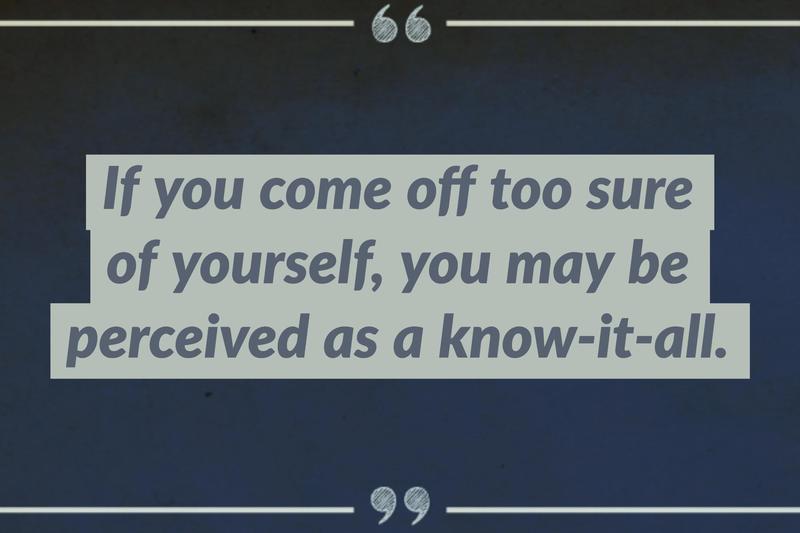 To my fellow millennials (and everyone else, too), here’s a hot tip: Coming off as too arrogant during the hiring process can leave a terrible taste in an employer’s mouth.

“A common mistake for millennials is to enter a negotiation self-centered, overly confident, and overly optimistic, discounting their counterpart’s needs and interest,” Braverman said.

If you come off too sure of yourself, you may be perceived as a know-it-all. Finding a reasonable balance of confidence and holding your cards is vital. 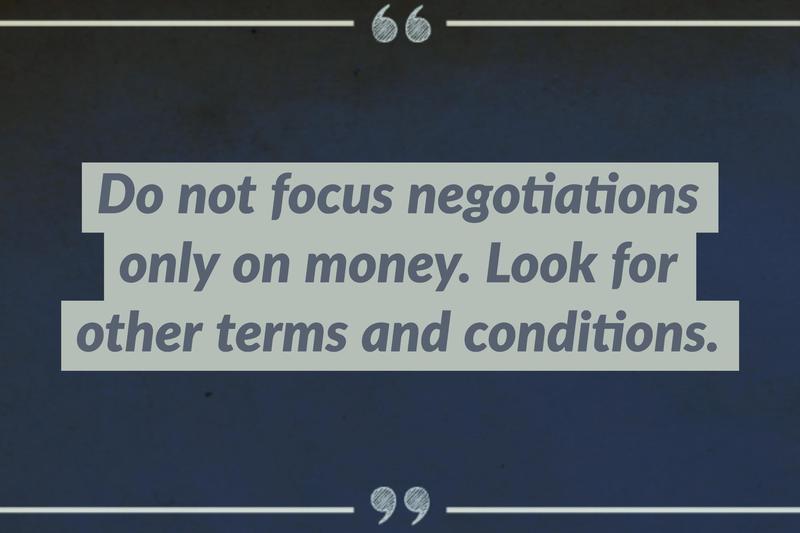 Even aside from traditional benefits, there are many things to consider before committing to a position. For example, apart from the usual health-related benefits, the ability to work a four-day, 10-hour schedule, or to work remotely, are all up for grabs. More and more companies are open to the benefit of having employees work a flexible schedule.

The benefit of a job opportunity that fits your life is often overlooked. So many of us go into jobs seeing our contracts as a one-way relationship. We have to bend and break for our employers, and in exchange to following their terms, we get paid.

The reality is we have much more power than that.

“Do not focus negotiations only on money,” Braverman said. “Look for other terms and conditions that have mutual value for your counterpart.” 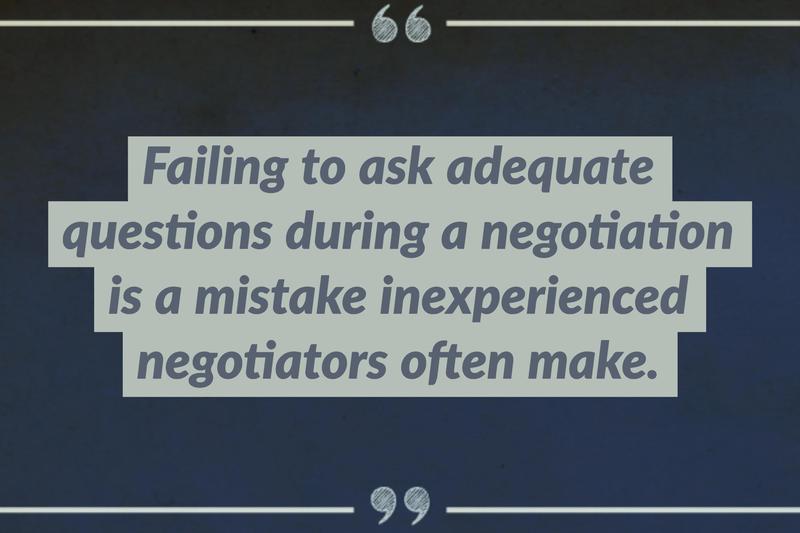 Braverman says that not asking questions is a widespread mistake made by inexperienced (and some experienced) negotiators.

Asking questions is useful for several reasons. It creates an opportunity to show that you have done your research, and questions can help you leave a good impression.

“Failing to ask adequate questions during a negotiation is a mistake inexperienced negotiators often make,” Braverman said. “Asking questions reduces lying by the counterpart while adding greater clarity to the deal-making.”

Thankfully, Braverman has developed a Negotiation Planning Checklist. It’s an excellent resource for creating these questions.

9) Don’t Forget to Do More Research 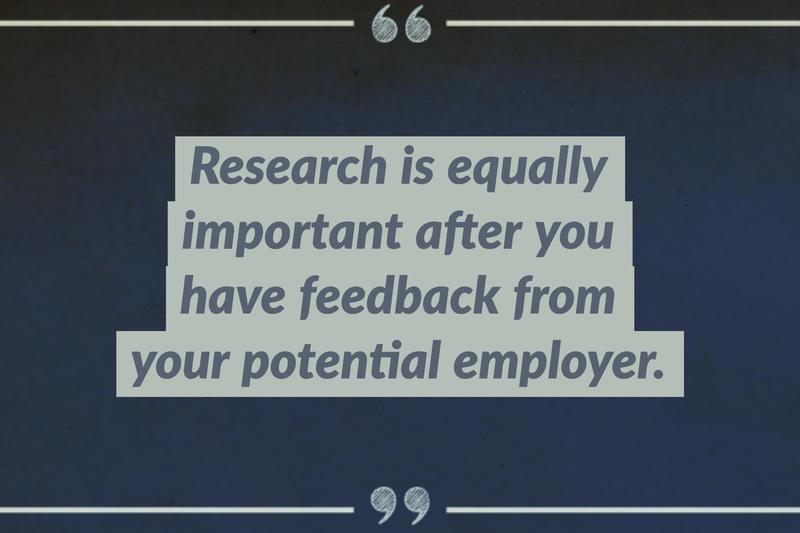 Research is equally important after you have feedback from your potential employer as it is before.

When you have more specific information about the role and your potential employer’s expectations, seek out more data. Take the time to examine what others of similar skill level and experience are making, for instance. By doing this kind of extra research, you can develop a more realistic salary and package rate. The more realistic your rate, the more likely it is to be received.

10) Don’t Oversell Your Worth 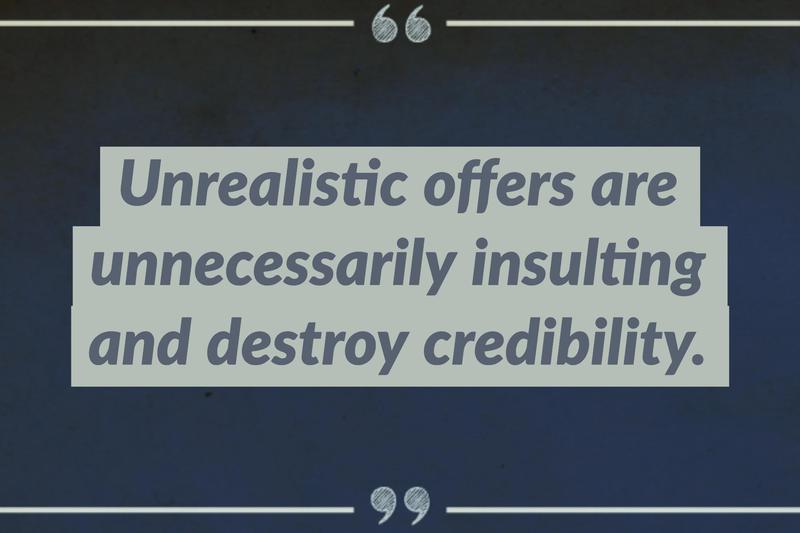 In other words, if you are applying for a full-time, mid-level position as a marketing specialist and the average salary is around $40,000, don’t ask for $65,000.

“Never make an unrealistic offer,” Braverman said. “Offers should be aggressive, but well-reasoned and based on persuasive logic. Unrealistic offers are unnecessarily insulting and destroy credibility.” 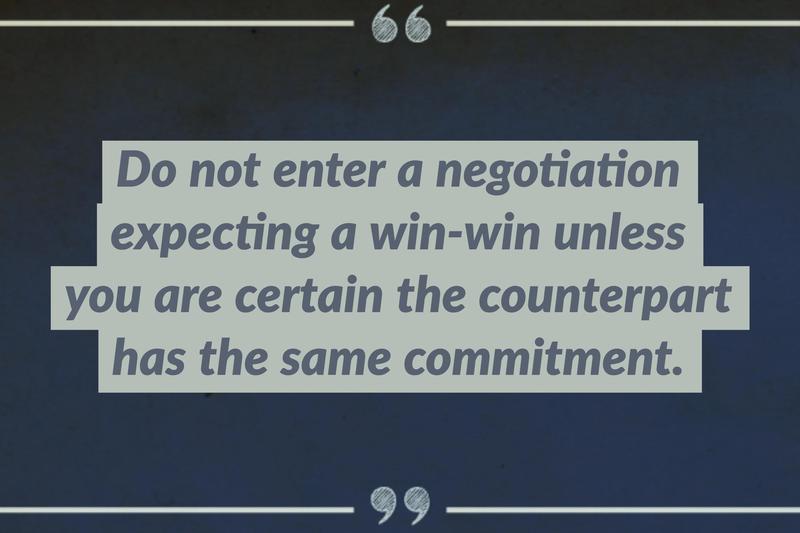 In a perfect world, every negotiation would end with maximizing company profits and a healthy benefits package with an impressive salary for the employee. Unfortunately, this isn’t an ideal world. Chances are someone, be it you or the employer, is going to make a more substantial sacrifice than the other.

“Win-win is a wonderful cliché but only works if all counterparts work together sharing information, insight, and have a collaborative goal,” Braverman said. “Do not enter a negotiation expecting a win-win unless you are certain the counterpart has the same commitment.”

That doesn’t mean that it is impossible for both you and the employer to have favorable outcomes. But it requires determined collaboration. 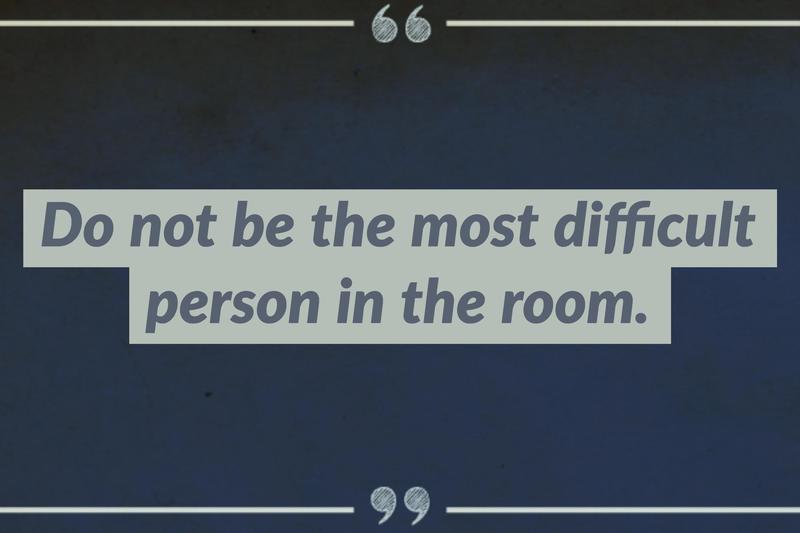 We’ve all heard horror stories about friends and loved ones who got the short end of the deal during negotiations. We’ve even heard stories of individuals who haven’t had the chance to negotiate at all.

While those stories can be beneficial for knowing what not to do during negotiations, it’s essential that they are taken with a grain of salt.

“Do not be the most difficult person in the room,” Braverman said. “Sometimes the problem person in a negotiation is us, not them.”

Preconceived notions about being taken advantage of can cause you to act in a way that could jeopardize your chance of receiving the best offer.

Before assuming that the employer is the problem, try to seek feedback from a neutral party. Always be open to the possibility that you are the one who needs to be more flexible. 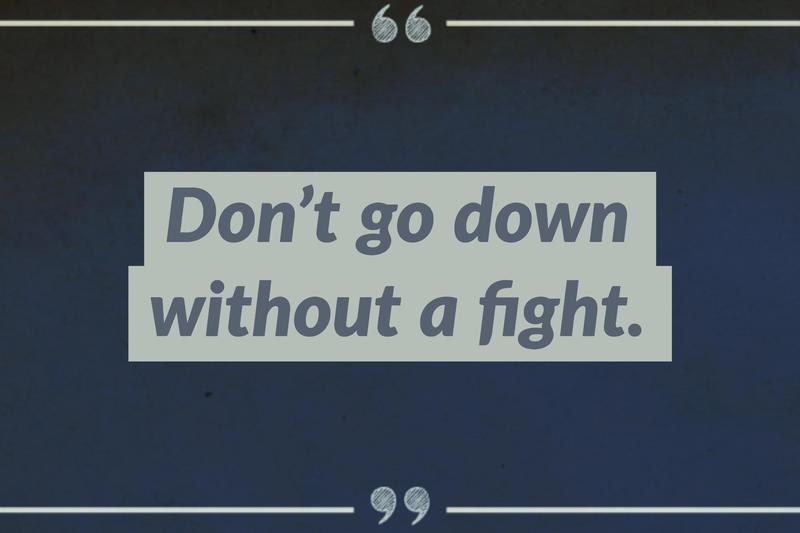 Above all, don’t forget to try.