Author wins for The Sellout, a satire of US racial politics, making him the first American writer to win award 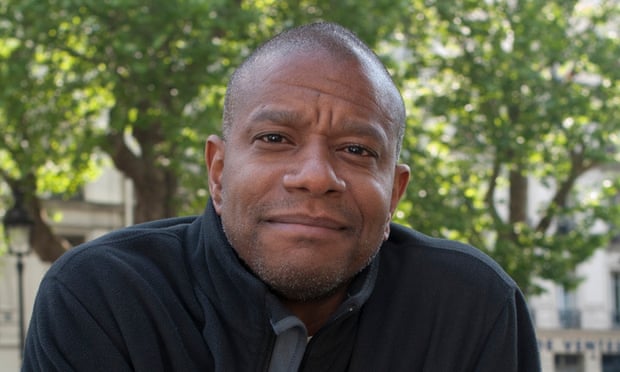 Paul Beatty: the more you read him, the smarter you get. Photograph: Hannah Assouline/Supplied

Paul Beatty has become the first American writer to win the Man Booker prize, for a caustic satire on US racial politics that judges said put him up there with Mark Twain and Jonathan Swift.

The 54-year-old Los Angeles-born writer won for The Sellout, a laugh-out-loud novel whose main character wants to assert his African American identity by, outrageously and transgressively, bringing back slavery and segregation.

Beatty has admitted readers might find it a difficult book to digest but the historian Amanda Foreman, who chaired this year’s judging panel, said that was no bad thing.

“Fiction should not be comfortable,” Foreman said. “The truth is rarely pretty and this is a book that nails the reader to the cross with cheerful abandon … that is why the novel works.

“While you’re being nailed, you’re being tickled. It is highwire act which he pulls off with tremendous verve and energy and confidence. He never once lets up or pulls his punches. This is somebody writing at the top of their game.”

Foreman called it a “novel for our times”, particularly in the context of the Black Lives Matter movement.

“The Sellout is one of those very rare books: which is able to take satire, which is a very difficult subject and not always done well, and plunges it into the heart of contemporary American society with a savage wit of the kind I haven’t seen since Swift or Twain.

“It manages to eviscerate every social taboo and politically correct nuance, every sacred cow. While making us laugh, it also makes us wince. It is both funny and painful at the same time.”

The £50,000 win, announced at a black tie dinner at London’s Guildhall, represented a particular success for Beatty’s publisher Oneworld, a small independent that also represented last year’s winner Marlon James and his novel A Brief History of Seven Killings. 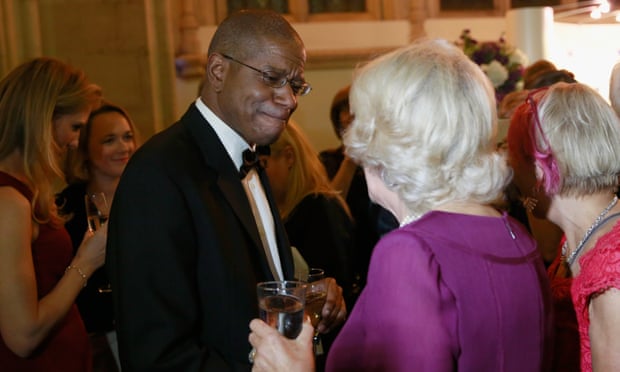 Beatty was overcome by emotion as he accepted the award. He told the audience: “I don’t want to get all dramatic, like writing saved my life … but writing has given me a life.”

At a short press conference afterwards he said winning meant a lot, that he was as “happy as hell”. He did not call his book a satire, he said, but was happy for it be described that way.

The book may be set for success across the world, but Beatty, who said he was told by one of his college professors that he would never be a success as a writer, said it was not something he enjoyed. “I don’t like writing. It’s hard. You’ve got to sit down … I’m a perfectionist, I guess, and I get easily disgruntled and discouraged with what I’m doing. I am really hard with myself and I tend to sabotage myself, but when I’m writing I try not to do that, I try to be in the moment, to be confident.”

Anyone offended by early Richard Pryor might think twice about reading The Sellout. There is lots of swearing and frequent use of the n-word.

But Beatty says in the book that being offended is not an emotion. “That’s his answer to the readers and I would say the same,” said Foreman.

Judges took almost four hours to reach what Foreman said was a unanimous decision. While it was something of a bookmakers’ outside bet – Ladbrokes offered odds of 6/1 – it had been tipped by many pundits and was adored by most critics with the Guardian’s critic calling it “daring and abrasive” and “a joy to read.”

The Wall Street Journal called it a “Swiftian satire of the highest order. Like someone shouting fire in a crowded theatre, Mr Beatty has whispered ‘Racism’ in a postracial world”.

The books losing out on the prize were Eileen by Ottessa Moshfegh (US), Do Not Say We Have Nothing by Madeleine Thien (Canada), All That Man Is by David Szalay (Canada-UK), His Bloody Project by Graeme Macrae Burnet (UK) and Hot Milk by Deborah Levy (UK).

Levy was arguably the best known writer on a list strikingly short of big literary names. She had also been shortlisted in 2012 for Swimming Home.

Beatty, who lives in New York, is the first American to win in the prize’s 48-year history and it comes three years after eligibility rules were changed to allow writers of any nationality writing in the English language and being published in the UK.

Sales for all six books have already increased significantly, particularly for His Bloody Project, published by the tiny Scottish crime imprint Contraband.

Frances Gertler, web editor at Foyles bookshops, said The Sellout was brave and funny. “It takes a bit of getting into but once there, you don’t want to leave. A smart satire with a memorable narrator.”

Foreman’s fellow judges this year, who have waded through 155 books over 10 months, were the critic and lecturer Jon Day, novelist and academic Abdulrazak Gurnah, poet and academic David Harsent and the actor Olivia Williams.

Foreman said the criteria used by judges in deciding the winner were: aesthetic, quality and depth of ideas, the craftsmanship of the writing and whether it transported the reader.

Beatty, the author of three previous novels and two books of poetry, was presented with his trophy by the Duchess of Cornwall.