When it comes to making hiring decisions, including “team player language” on your resume makes it less likely you’ll get an offer.

So, how do you write a great resume that uses language that will get you hired? 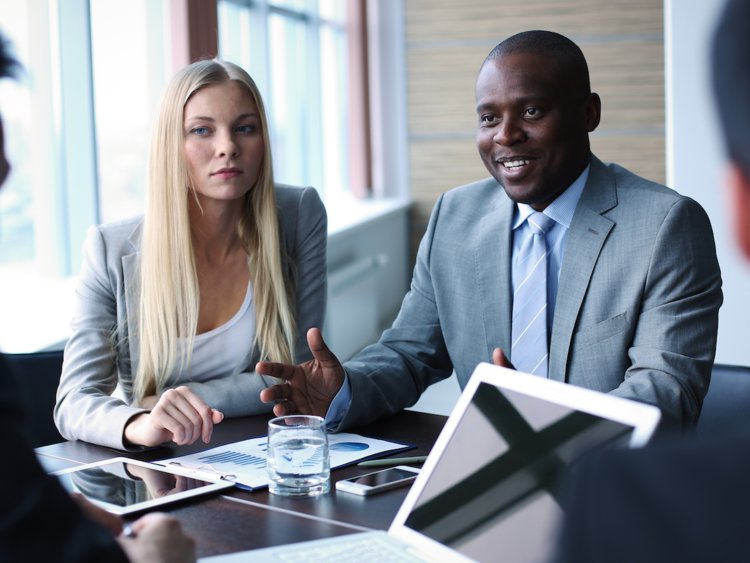 Use “success verbs .” Follow the format: verb, plus quantifiable metric, plus achievement — all in bullet points. (Pressmaster/Shutterstock)

A lot of well-meaning people will suggest you should use “action verbs.” But that’s fast becoming outdated advice — and it contains a couple of problems, as Marc Cenedella, CEO and founder of The Ladders, explains.

The first is that while “action verbs” are grammatically preferable, resumes are a bit ungrammatical to begin with. Second, there are a lot of boring, imprecise “action verbs” that people use reflexively, and that do nothing to help show your true strengths.

“My least favorite active verb is ‘managed,’ but there are others equally as tepid such as ‘established,’ ‘defined,’ and ‘performed,'” Cenedella writes in his new book, Ladders 2018 Resume Guide‘.

Instead of using “action verbs,” he suggests a three-part strategy:

“Verbs such as ‘increased,’ ‘decreased,’ ‘improved,’ ‘reduced,’ are all success verbs. Explicitly forbidden are active verbs and phrases that are nonetheless static: ‘managed,’ ‘my responsibilities included,’ ‘hired to,’ ‘was responsible for,’ and so forth. Verbs that merely tell a fact rather than show you in a heroic light,” Cenedella writes.

So, once you’ve ditched the reflexive hunt for “action verbs,” you’re instead “in the market 25 or so [success] verbs,” he continues. Without further ado, here are the 25 success verbs he suggests:

Some of these verbs might seem a bit common. That’s okay. Nobody will ever land a job based on having come up with a creative synonym for “achieved” or “improved.”

Instead, these verbs require you to follow the format; verb, plus quantifiable metric, plus achievement — all in bullet points.

It’s harder than just using the most comfortable “action verbs” on your resume for sure. But it’s an effort that can really pay off.