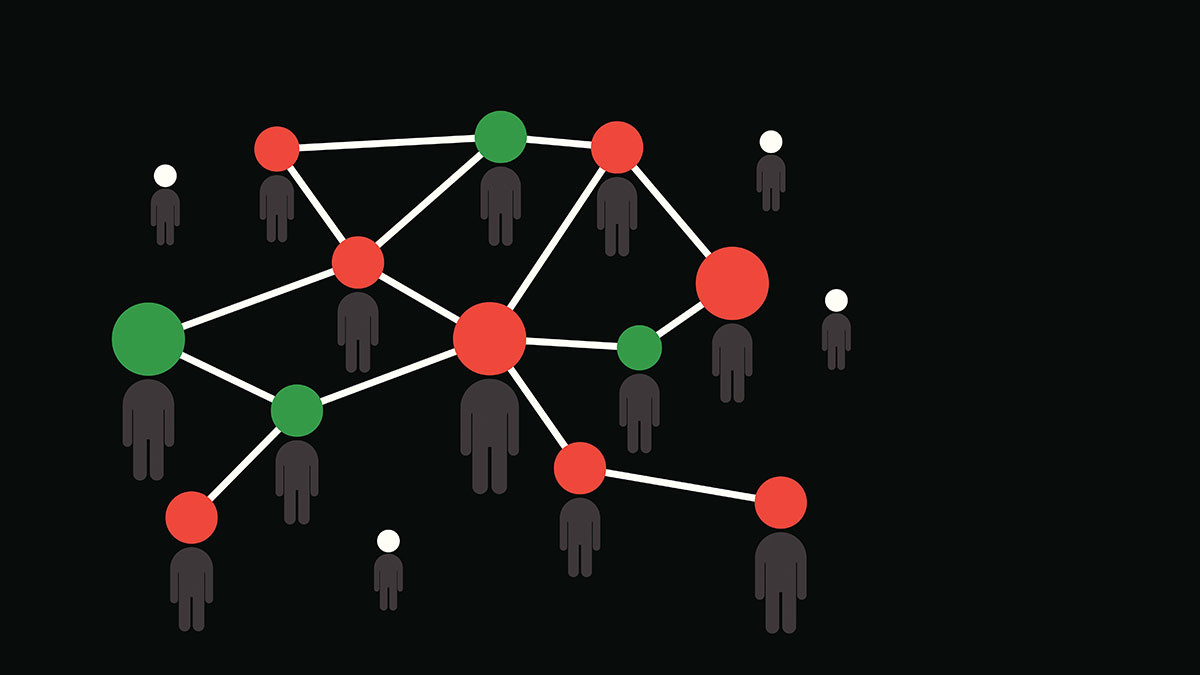 If you go to job-searching workshops — and I went to more than 50 in the course of studying the contemporary hiring landscape in 2013 and 2014 — you will be told weak ties are the key. Weak ties are the people you know, but not terribly well: your child’s teacher, or the friend of a friend you happened to meet at a party. This advice originated in a groundbreaking study by sociologist Mark Granovetter in the early 1970s. He interviewed 100 white-collar workers who had switched jobs in the previous five years and discovered that weak ties helped many of them find out about their next job.Weak ties were important for one simple reason: Your strong ties (colleagues, family, and friends) probably knew about all the same jobs that you did. Granovetter discovered that you were more likely to hear about unknown job possibilities from the second cousin you ran into at a wedding, or from the former neighbor you saw in the supermarket parking lot. Of the people in Granovetter’s study who found out about a job opening through word of mouth, 83.4% said they found out through a weak tie. In the early 1970s it became clear that the most effective way to find a job through networking was to be in touch with as many weak ties as possible.

I set out to learn whether that was still the case. After all, Granovetter’s study was done decades ago, long before we all started using the internet. If the technologies that help us look for a job have changed in significant ways, I reasoned, it’s likely that the ways we get information about jobs have also changed. I had to find a way to replicate Granovetter’s study in some form to see which networking ties matter in today’s media ecology.

I located a great source: A weekly meeting held by an organization for white-collar job seekers in the Bay Area, a portion of which was dedicated to successful job seekers telling their stories — on film. While it’s not a duplication of Granovetter’s study, watching 380 success stories collected from 2012 to 2014 allowed me to conduct a fairly comparable study.

So, are weak ties still the key? No. Of the 141 people who said they thought networking had helped them, only 17% reported that a weak tie did the trick. Workplace ties, however, proved to be more useful. More than 60% of the storytellers reported that someone they had worked with in the past helped them find their next job. These weren’t always coworkers — former bosses and former clients helped, too. But what job seekers found most useful were people who could talk knowledgeably and convincingly about what the applicant was like as a worker and colleague.

That’s a dramatic change from the 1970s, and the most obvious driver is our wildly altered media ecology. When Granovetter conducted his study, the major challenge in finding a new job was learning that the job existed in the first place. In the 1970s people found out about jobs through newspaper ads, “help wanted” signs, or word of mouth. Nowadays, that’s the easy part: People learn about jobs because they find job ads online, search listings on corporate sites, or are contacted by recruiters. That has led to a new problem: Too many people are applying for the same jobs. The hard part now, as most people know, is standing out from the pack — having your résumé noticed in a large pile, or finding some way around a clunky applicant tracking system. Hiring managers face the same problem, having to sort through hundreds of applicants with the limited tools of application software, résumés, and cover letters. In these moments, what those hiring value most is a strong recommendation from someone who actually knows the applicant as a worker and can assure them that the person will be a good hire.

While these connections are important, it’s important to note that they may not change one of the most problematic results of networking: relatively homogenous workplaces. Granovetter himself noticed that even if people were getting jobs through weak ties, networking wasn’t changing the makeup of companies. After all, if no one of color or from a working-class background was hired into an office, there were fewer people to spread the word that the job existed in the first place. Nowadays, the problem is more of an implicit bias in how recommendations function — people tend to recommend their former coworkers whom they liked working with. Relying on workplace ties doesn’t solve the problem of how networking creates barriers to creating a more diverse workplace; it just shifts the locus of the problem.

Practically, since recommending someone for a job is such an important part of hiring — and a way people with different backgrounds and perspectives can be excluded from workplaces — it has become a significant ethical decision. Everyone involved in hiring decisions should think carefully about who is being recommended and why. And for the job seeker who is networking, don’t give up on weak ties entirely — 17% of them still have good odds. Ultimately, however, workplace ties may hold more weight. The kinds of networks that your workplace allows you to nurture matter not only to your present working conditions but also to what jobs you can get in the future. The best way to increase the likelihood of getting the job you want later may be to treat your colleagues well at the one you have now.

Iliana Gershon is an associate professor of anthropology at Indiana University who studies how people use new media to accomplish complicated social tasks such as finding a job and breaking up. Her new book is Down and Out in the New Economy: How People Find (or Don’t Find) Work Today.