IMDiversity 7 years ago Comments Off on Asian Americans are the highest wage earners. They still face racial discrimination. 3 K 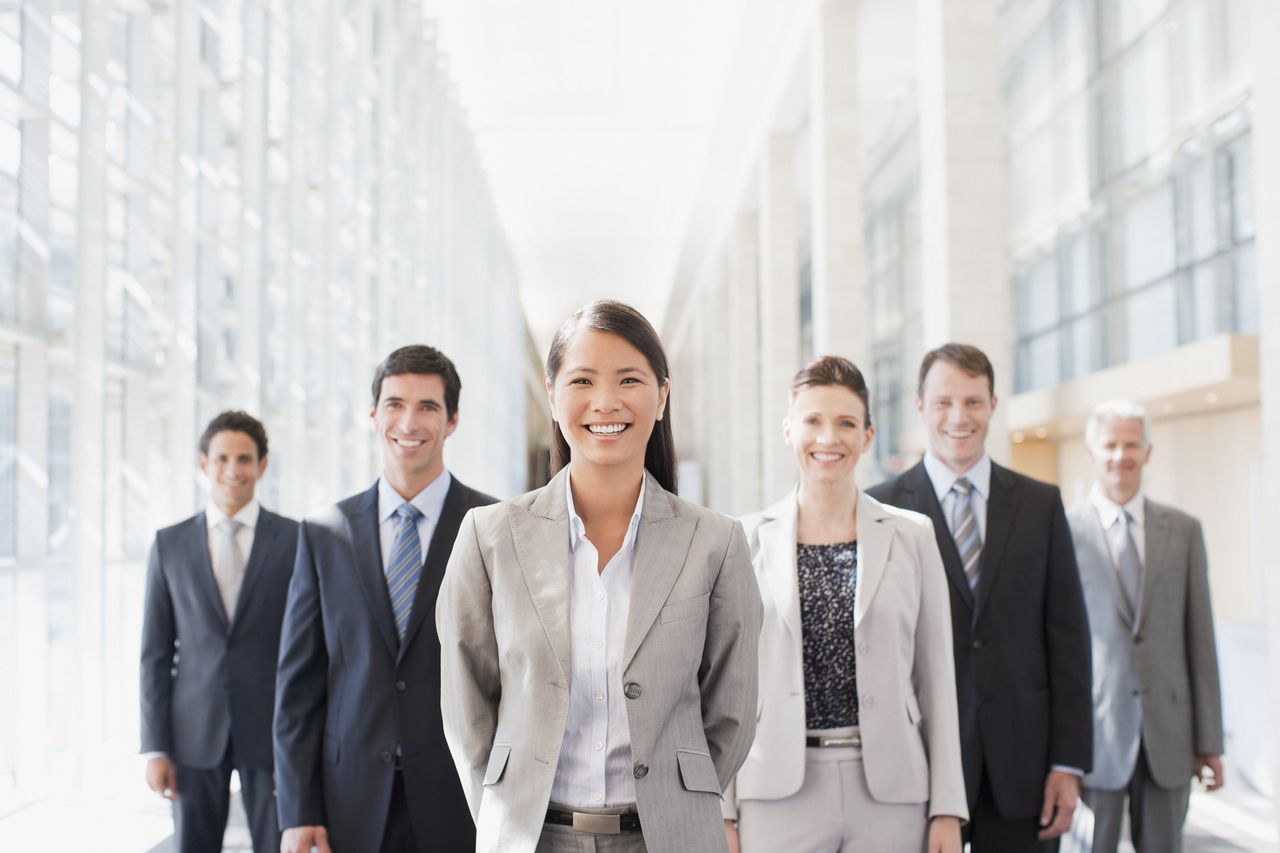 A new report shows that men’s and women’s wages are closer to parity than they’ve ever been, but white men and women aren’t necessarily the highest wage earners.

White women now earn 22 cents more to every white man’s dollar than they did in 1980, with Asian-American women following a similar trajectory.

Other demographics are experiencing growth at a far more sluggish pace (if at all).

White men remain the group with which others are compared, in part, because they comprise the largest group in the workforce today (33 percent). Similarly, when discussing the average gender wage gap, white women are centered, with the caveat that women of color fair worse.

But as Asian Americans earn bigger paychecks, it’s important not to use the data on the group’s earnings to overlook racial discrimination that persists for them and other communities of color in the workforce.

According to the Pew study, Asian men are making 117 percent of white men’s wages, and Asian women are closer to closing the wage gap with white men than white women. But one of the dangers of taking the wage increase at face value for Asian Americans is that it perpetuates the “model minority” myth — that Asians, unlike other people of color, are uniquely primed to climb up the socioeconomic ladder.

Higher test scores and wages may be cited as evidence of Asian Americans’ perceived advantages. But too often these facts are used to castigate other marginalized groups of color for not achieving the same milestones, denying historical inequalities they face while simultaneously denying the fact that Asian Americans face racial discrimination too.

The tech industry is just one example. A 2015 study by the Ascend Foundation, a nonprofit pan-Asian organization, showed that even though there were roughly the same number of white and Asian professionals employed at companies like Google, LinkedIn, Yahoo, HP and Intel, white men and women were nearly 154 percent more likely to become executives compared with their Asian peers. 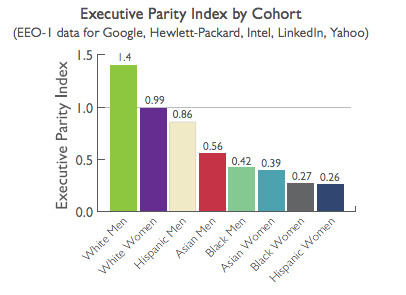 A 2015 study showed Asian women are least represented among executives compared with their representation in the workforce. Ascend Foundation

Asian women were most underrepresented relative to their representation in the workforce: Asian women comprised 13.5 percent of professionals surveyed but only accounted for 3.1 percent of executives across these five major tech companies.

The tech industry, in general, has a diversity problem. For instance, Asian Americans make up 6 percent of the workforce and 17 percent of tech and engineering workers. And while parity across racial demographics is necessary, it does not change the fact that Asian Americans stand as a group of color that is denied access to greater opportunities.

There are also income gaps among Asian Americans, including a growing poverty crisis depending upon their ethnicity, that the model minority myth erases.

A 2014 report by Karthick Ramakrishnan and Farah Z. Ahmad at the Center for American Progress showed that while Asians have higher median household incomes ($71,709) than the national average ($53,046), there is considerable variation within the group.

In part, this is a symptom of the complex history of Asian immigrants in the US since the 1970s and ’80s. The CAP report found that Indian and Filipino Americans are more likely to have higher household incomes as a consequence of migrating to the US for better employment opportunities, “characterized by a relatively high level of employer-based, high-skilled visas.”

By contrast, immigrants from Southeast Asia who arrived as refugees from countries like Cambodia, Thailand, Vietnam, and Laos are more likely to be impoverished, with lower levels of household income.

At the very least, the gender and race wage gap in the United States is shifting. But what Pew’s new data shows is that context is critical to seeing how far we still have to go, even when the numbers are better than they’ve ever been.