Asians could opt out of naming a country of origin on the 2020 census, a policymaker’s nightmare

IMDiversity 4 years ago Comments Off on Asians could opt out of naming a country of origin on the 2020 census, a policymaker’s nightmare 1.2 K

A proposal to change the race question for the 2020 census would give Asians the option to mark their race as “Asian,” and also check off or write in their national origin as Chinese, Filipino, Asian Indian, Vietnamese and so on.

For the first time in the history of the census, which began in 1790, “Asian” would be a category alongside white and black. The addition of Asian as a racial category reflects the fact that Asians are the country’s fastest-growing racial group.

But in the current anti-immigrant climate, many Asian-Americans fearhow the government will use census data. They believe that by identifying their race or national origin, they will become targets for discrimination.

Having served on a committee where I advised members of the U.S. Census Bureau, I can attest that this fear will have negative consequences. This gap in data will make it difficult for policymakers to identify and serve their diverse needs.

Fear of being counted

Fueled by rumors, insecurities and misconceptions, some Asian-Americans fear that marking their national origin on the 2020 census will lead to an Asian registry.

The fear was visible in January, when the largest public hearing room in the Massachusetts State House was packed to capacity with Asian-Americans. Many of them were there to object to a bill that would require state agencies to collect more accurate, detailed data on Asian-Americans. The bill moved forward despite their protests, and a similar bill is being considered in Connecticut.

These bills are not the first of their kind, nor is the push for more detailed and accurate data. California already mandates that state-level data on Asian-Americans be broken down by national origin. This allows the state to better serve their educational, health care and language needs.

Those who are afraid of these changes point to an ugly, irrevocable stain on U.S. history – the internment of Japanese-Americans during World War II – as evidence that the government can’t be trusted. In a 2002 report, the U.S. Census Bureau acknowledged to having “proactively cooperated with the internment.” Some Asian-Americans believe they are protecting their identities, families and civil rights by refusing to mark their race or national origins on the census.

Former Census Bureau Director Ken Prewitt recognized the Census Bureau’s involvement with the Japanese internment. He attested that the onus is on the census bureau “to bend over backwards to maintain the confidence and the trust of the public.” Trust is especially critical in the current anti-immigrant political climate.

Today, census bureau administrators have security measures in place. When census data are released to federal agencies or organizations, they are carefully reviewed so that individual information is not disclosed.

High rates of immigration mean Asians are the fastest-growing racial group in the United States. Two out of three Asians are immigrants. When you count only adults, the figure increases to four in five. While the new face of U.S. immigration is Asian, Asian is a catch-all category that masks tremendous differences.

While Asian-Americans are often touted as so-called model minoritiesbecause they are perceived to have high levels of education, a closer look reveals the extreme diversity of this population. Indians, Chinese and Koreans graduate from college at higher rates than all other U.S. racial groups. At the other extreme are Hmong Americans: 40 percent do not graduate from high school, and only 14 percent have a bachelor’s degree – half the national average.

In addition, according to self-reported data from the American Communities Survey, one-third of Asian-Americans indicated that they speak a language other than English at home and do not speak English very well. How well people speak English varies widely by national origin group. Nearly three-quarters of Asian Indians speak English very well, but less than one-quarter of Burmese and Buatanese do.

These detailed data can, for example, help policymakers identify which Asian ethnic groups need English language translators to help fill out the census in subsequent years.

Japanese and Korean men and women experience some of the highest incidences of colon cancer – about three times higher than Indians and Pakistanis. Knowing which Asian ethnic groups are more susceptible to particular types of cancer can help tailor health interventions, and, in turn, save lives.

More accurate data are better data. By choosing to be counted and choosing to provide the most detailed data on the 2020 census, Asian-Americans will help protect themselves, their families and their civil rights. 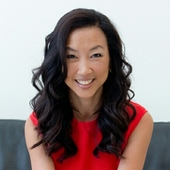