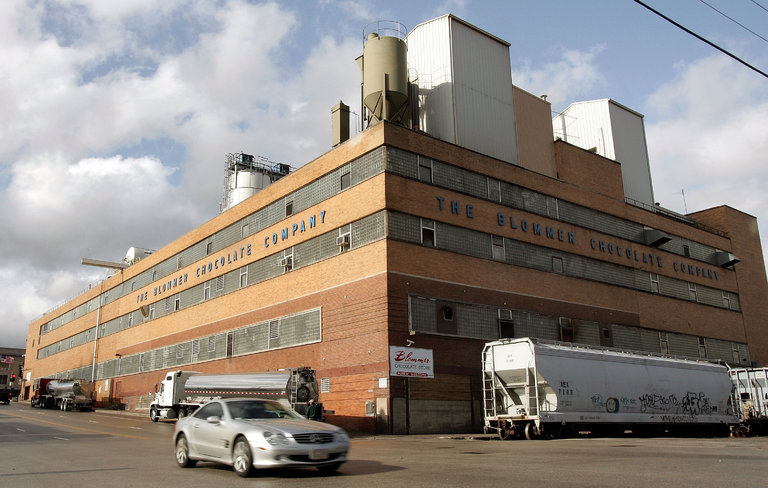 Blommer Chocolate is one of several companies named in a lawsuit filed Tuesday in United States District Court for the Northern District of Illinois. Credit Tim Boyle/Getty Images

A group of African-American workers filed a class-action lawsuit in federal court on Tuesday against a nationwide job placement agency and several of its clients, accusing them of discriminating against black applicants by favoring Hispanic applicants.

The lawsuit, filed in United States District Court for the Northern District of Illinois, alleges that the agency, MVP Staffing, used a range of discriminatory practices, including code words for job applicants of different races, to honor the requests of corporate clients who refused to employ African-Americans in temporary positions. The company operates about 60 offices in 38 states.

The suit accuses the company of eight counts of racial discrimination based on the operations of its office in Cicero, Ill. A phone message and an email seeking comment from MVP Staffing on Monday night were not returned, and a person who answered the phone on Tuesday declined to comment.

Representatives at Mercury, Personnel and WestRock declined to comment on Tuesday; the others did not respond to requests.

Joe Sellers, the lead lawyer for the plaintiffs, said he believed that racial discrimination was widespread in the staffing industry, which connects job seekers with employment that is often temporary.

“What we have seen in this industry is that this is a more widespread phenomenon than what we have just found in this case, with this company,” Mr. Sellers said. “The staffing agencies follow the requests made by the client companies even if they happen to be ones that might exclude people based on race.”

Mr. Sellers said there were several other anti-discrimination class-action lawsuits in process against staffing agencies and their client companies in Illinois. The agencies “do the bidding of the employers on whose behalf they are reviewing candidates,” he said. “It is a process readily susceptible to abuse.”

Catherine Ruckelshaus, general counsel for the National Employment Law Project, said the discriminatory practices alleged at staffing agencies were “a microcosm of the problem that’s happening across our economy.”

“Companies have figured out that if they outsource their recruiting and hiring, and what’s often considered to be the messy parts of their H.R. function, that they can then absolve themselves of any liability,” Ms. Ruckelshaus said. That hits low-wage minority workers the hardest because of “entrenched and persistent discrimination,” she said.

Kevin James, 29, one of the named plaintiffs in the suit, said he had applied for work through MVP on roughly 20 occasions but had been given a job only once. He sat in the MVP office waiting in vain while Hispanic applicants got assignments, he said.

On the one occasion when Mr. James was given a job, he said, he was sent to a packaging company where supervisors were hostile toward him, “hovering” over him and other black employees as they worked.

“It just seemed like a lot of tension, like they didn’t really want me to be there,” Mr. James said. He added that the staff of the MVP office in Cicero “was mainly Mexicans” and that the employees were not welcoming toward African-American job seekers.

“I’d say the whole staff was Mexican,” he said. “It was like the whole thing was built up mainly around Hispanics.”

Rosa Ceja, 29, a former dispatcher at MVP’s office in Elmwood Park, Ill., said the company used a system of code words in an attempt to conceal its preferential treatment of Hispanics. She said her work often took her to the Cicero office, where the same system was in place.

Ms. Ceja said MVP employees referred to African-American and white job applicants as “guapos,” which means “handsome ones” in Spanish, and to Hispanics as “feos,” or “ugly ones.”

“They said African-Americans wanted to keep their hands clean and not get dirty and not work as hard as a Mexican — that’s why they called them guapos,” she said. MVP employees were told that using the words “black” or “Mexican” instead of the code words, especially in an email, was a fireable offense.

The code words were in Spanish because “all of the managers” who refused to hire African-Americans were Hispanic, Ms. Ceja said. Some would try to conceal their request by saying they wanted only employees who listened to 107.9 FM, a Spanish-language radio station in the Chicago area. “That was a code word for us to only send Mexicans,” she said.

The vast majority of Hispanic job applicants served by MVP were in the United States illegally, Ms. Ceja added, and their vulnerability made them attractive short-term workers. “That makes it harder for them to complain or do anything,” she said. “They are so scared to raise their voice and say, ‘Hey, this is not fair.’”

Ms. Ceja said MVP employees would start the day by separating Hispanic job applicants from African-Americans. They would enter the Hispanic applicants’ contact information into a database so they could be easily reached when jobs opened up. African-American applicants rarely received the same treatment, she said: They were usually instructed to go to an MVP office at dawn to wait for assignments that rarely came.

When African-Americans were given jobs, they were often marked “D.N.R.” when they returned, short for “do not return” to the client company, Ms. Ceja said. Dispatchers who sent African-Americans to a company that had asked not to be sent black employees would be reprimanded by their boss, she added.