IMDiversity 5 years ago Comments Off on Bloomberg-backed Group to Help Poorer Students Graduate From College 1.7 K

By Raul A. Reyes

When he was trying to get into his top choice university, Alejandro Hidalgo of Garland, Texas looked ahead with excitement. But when the time came to figure out how to pay for it, that nearly brought him to tears.

“I had worked so hard in high school, and I told myself to apply to the best school in the state, the University of Texas at Austin, and see what happened,” he recalled. “When I was accepted, it was exciting at first, then figuring out the financial aid package was so disheartening.”

Now a national effort is seeking to help high achieving, lower-income students like Hidalgo enroll and succeed at selective colleges.

An additional 26 member institutions will be officially announced in April.

Their goal is to see 50,000 more low-income students attending and graduating from member institutions by 2025. While Hidalgo later received a scholarship to attend the University of Texas at Austin, students from lower-income backgrounds are generally underrepresented at colleges and universities with graduation rates consistently above 70 percent.

“African-American and Latino students who are out of the traditional college admissions pipeline may not know it, but it can be cheaper to go to Harvard, Yale or Princeton than a regional or local college,” said Michele Hernandez, co-founder and co-president of Top Tier Admissions.

The disparity in assistance for low-income students is what the American Talent Initiative seeks to address. Its goal reflects both a commitment to a fairer admissions process – and an acknowledgement that, for many of these institutions, socio-economic diversity remains an elusive goal. 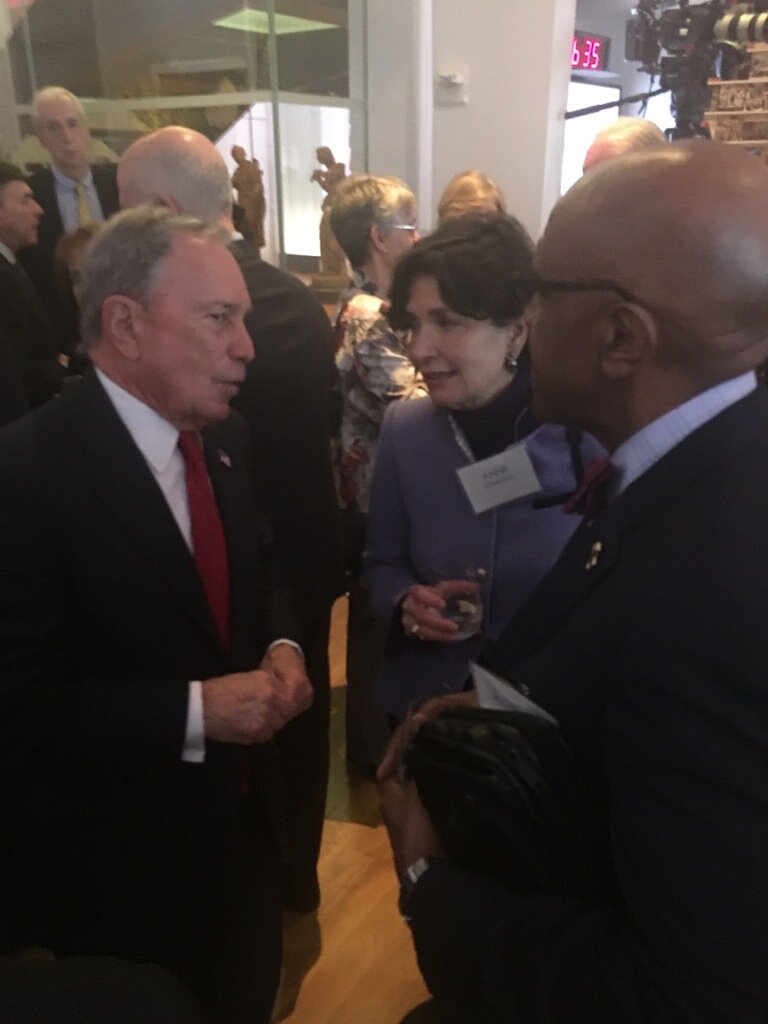 In February, the American Talent Initiative published its first research paper, on the creative financial strategies that five member colleges have used to expand opportunity for talented lower-income students on their campuses.

College access and affordability is an issue that resonates with Latinos, who ranked improving the educational system as a top priority for Congress and the Trump administration in a February report from the Pew Research Center. Latinos also are increasingly enrolling in college but a greater share of Latinos go to community college than other racial and ethnic groups.

“While there are many (educational) initiatives, one thing I like about the American Talent Initiative is that it really looks at the issue of access paired with success,” Ana Mari Cauce, president of the University of Washington, told NBC Latino. “There is often a lot of focus on who gets into colleges and universities, and less on who graduates, and there is a difference.”

Cauce pointed to research showing that Pell Grant-eligible students graduate at lower rates than their wealthier peers. She said that this means that colleges and universities need to focus not just on who is admitted, but who graduates as well. She foresees the American Talent Initiative as a group that “will be responsive to access on both ends.”

Cauce believes that the University of Washington, where Pell-eligible students make up about 30 percent of undergraduates, serves low- and moderate-income students well. “However, we want to focus on increasing their graduation rates,” she said. “We are proud of what we are doing now, but I think we can do better.” A glance at selective college tuition rates shows the challenges for potential Latino applicants. A year at Yale University runs about $70,000, while direct and other estimated costs for a year at the University of California Berkeley can cost up to $32,000. By comparison, in 2015 Hispanic real median household income was roughly $45,000.

The president of Pomona College, David Oxtoby, said that he is well aware of the “sticker shock” that some prospective students encounter when they are researching colleges; the standard comprehensive charge for tuition, fees, room, and board at Pomona for the 2016-2017 academic year is $64,957.

Oxtoby stressed that such figures are misleading because Pomona was recently ranked first in the country for “Best Financial Aid.” Well over half of Pomona’s students graduate without debt, Oxtoby said – at a school with about 16 percent Latino enrollment.

Yet he acknowledges that some prospective applicants see Pomona’s fees and rule the school out in favor of a cheaper alternative – when low-income students can in fact get significant financial assistance at Pomona and graduate without debt.

Other college officials told NBC Latino that this sort of “opting out” is not uncommon, because many lower-income students are not aware of the complexities of the college and financial aid process.

Oxtoby sees the American Talent Initiative as a way for colleges and universities to share best practices and learn from one another on how best to attract qualified students from working-class backgrounds.

“Solving the problems of higher ed, and increasing access is something that we can do best together,” he said. “I am glad that there is a path for large and small, public and private institutions to collaborate on a goal that is important to all of us.”

But will the American Talent Initiative’s focus on socio-economic diversity come at the expense of ethnic diversity? Education experts suggest that these two goals can be complementary.

“For a long time, colleges have conflated affirmative action, equal opportunity, and disadvantage into the one catch-all term they call diversity,” Herandez said. By simply relying on statistics for African-American, Latino, and Asian-American students, she says, colleges often give unfair preference to minority students from affluent families. “Socio-economic diversity is actually a better marker for true diversity.” Hernandez believes that the American Talent Initiative will help level the playing field for qualified students. In her view, it is better to create pathways for lower-income students than focusing on increasing racial and ethnic diversity alone.

“Seeking out diverse students as defined by income will likely pick up a lot of qualified ethnic students anyway,” Hernandez said. “Colleges have just been hesitant to try a new approach; this initiative is good because it is doing something that no one has ever really done before.”

Deborah A. Santiago, chief operating officer and vice president for policy at ¡Excelencia! in Education, told NBC Latino that the American Talent Initiative is a step in the right direction. “There is a pragmatic appeal here for colleges, to position themselves as serving all students. There is an image and mission validation message there,” she said. “My sense is that these schools are not racially diverse enough already, and students of color are likely to be in a lower income bracket.”

Santiago stated that the American Talent Initiative appeared to be a good way for colleges to diversity “without having to overtly mention race and ethnicity.” She added that this approach, ideally, needed to be part of a broader outreach effort. “Targeting low-income students does not replace having a good connection with diverse communities. You could find 50,000 low-income students without finding Latinos, so a degree of intentionality is necessary.”

President Gregory L. Fenves of the University of Texas at Austin said that the American Talent Initiative was a good fit with his school’s mission of providing affordable access to all qualified students regardless of economic status.

“Starting around 2011, we’ve made strong commitments not just to diversity in access to admissions, but also to seeing students graduate,” Fenves said. The University of Texas at Austin has improved its four- and six-year graduation rates, supported programs like the University Leadership Network, and made efforts to help first-generation college students navigate campus life. UT Austin is doing more recruiting in the Rio Grande Valley, and increasing outreach to Pell Grant-eligible students. The University of Texas at Austin has also dedicated increasing shares of its aid budget to need-based aid.

Looking ahead, Fenves is optimistic about increasing diversity at UT Austin. “Because of the unique demographics of Texas, it is important that we help our state and the economy move forward,” he said. “Through participating in the American Talent Initiative, and our other successful programs, I am confident that we will continue to make progress.”