IMDiversity 5 years ago Comments Off on Carl Clark, Black WWII Hero Who Was Denied Bravery Medal, Dies at 100 921

By THE ASSOCIATED PRESS 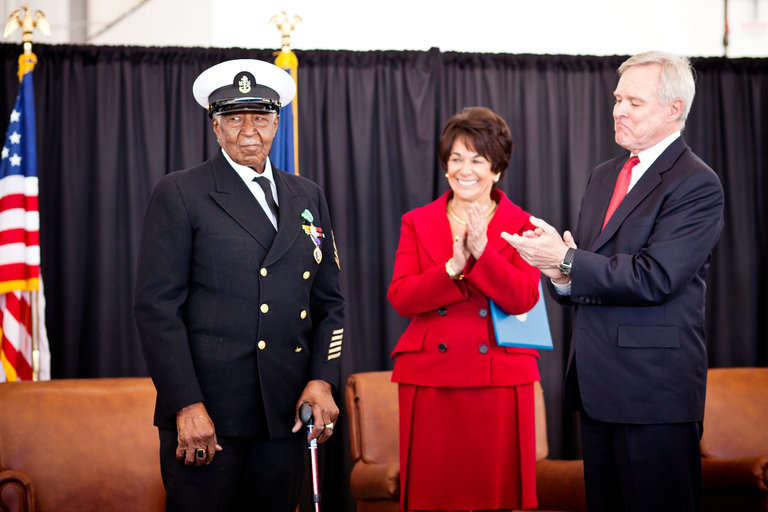 Carl E. Clark, who was recognized more than six decades after World WaR II with a medal for bravery that he had been denied because he was black, died on March 16 in Menlo Park, Calif. He was 100.

His death was confirmed by his daughter, Karen Clark Collins.

Mr. Clark was serving as a steward first class aboard the U.S.S. Aaron Ward, a destroyer, when Japanese kamikazes attacked it near Okinawa in May 1945.

“They would guide those planes directly into the ships,” Mr. Clark said of the planes, which he described as “flying bombs,” in a 2011 interview with The Associated Press.

Six kamikazes hit the destroyer, with the blast from one plane so powerful that it blew Mr. Clark all the way across the ship. 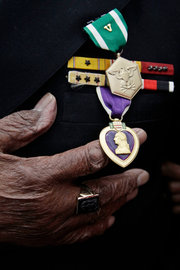 Though he suffered a broken collarbone in the attack, he was credited with saving the lives of several men by dragging them to safety. He also put out a fire in an ammunition locker that would have cracked the vessel in half.

Even though the destroyer’s captain acknowledged that Mr. Clark had saved the ship, his actions were not mentioned in the battle report. “It wouldn’t look good to say one black man saved the ship,” he said in 2011.

The captain tried to make up for the slight by giving him extra leave and making sure that he was not sent back to sea, Mr. Clark said. He stayed in the Navy until 1958, rising to the rank of chief petty officer.

Mr. Clark’s bravery came to light when he was interviewed by Sheila Dunec for a documentary she was filming, “Remembering World War II.” Ms. Dunec brought his story to the attention of Mr. Clark’s representative in Congress, Anna G. Eshoo, Democrat of California, who pressed the Navy to investigate.

Mr. Clark received the Navy and Marine Corps Commendation Medal on Jan. 17, 2012, during a ceremony at Moffett Field in Mountain View, Calif.