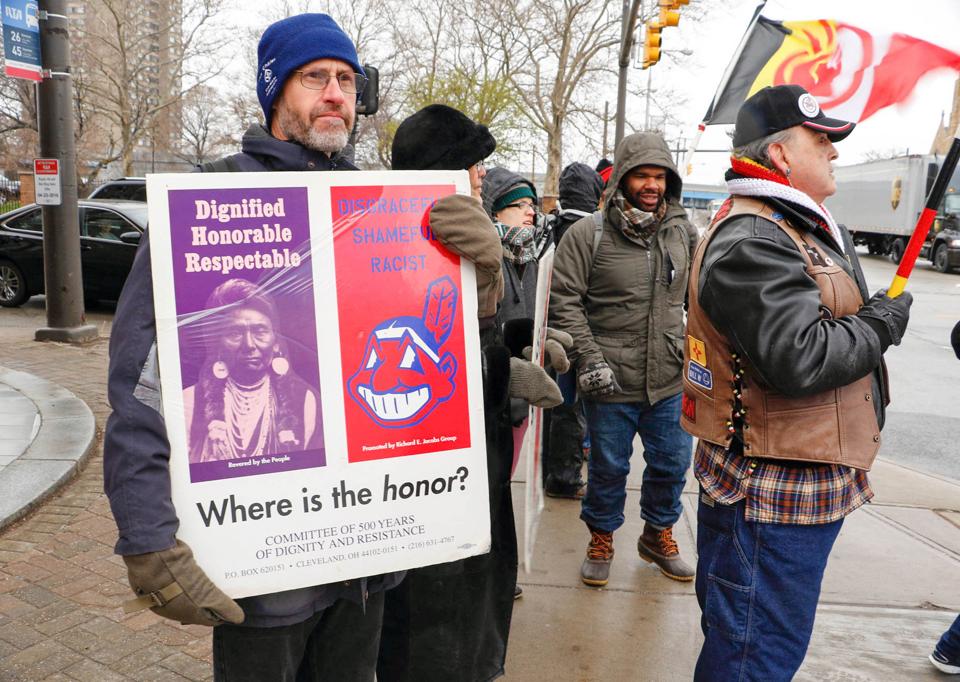 Native American groups and others demonstrate every year on Opening Day against the Cleveland Indians. They have protested the team’s name and mascot, Chief Wahoo, for more than 25 years. The 2016 Opening Day on April 4 was canceled because of the cold but the demonstrators still marched near Progressive Field to educate people about the history of the real Indians. Activists plan to demonstrate during the 2016 World Series. Mark Naymik, cleveland.com

CLEVELAND, Ohio – Chief Wahoo, the racist logo that represents our city’s baseball team, has become its own storyline in the 2016 World Series.

Chief Wahoo and the team’s owners deserve every bit of the attention.

National news organization, including The New York Times, ESPN and others, have highlighted the long-standing debate over our red-faced, buck-toothed, hook-nosed mascot that some Native Americans and others complain is the equivalent of a red Sambo.

“Sharing baseball’s brightest spotlight with [the Cleveland Indians] will be what many people consider to be the most offensive image in sports: Chief Wahoo,” The Washington Post wrote recently in an article on the World Series.

The Chicago Cubs can’t do a thing to highjack this story from us.

I and others have written plenty about about Chief Wahoo’s sketchy past. In short, the Indians’ name has been used since 1915 and the team has used various forms of Chief Wahoo as its logo since then. The current version was introduced in 1951. 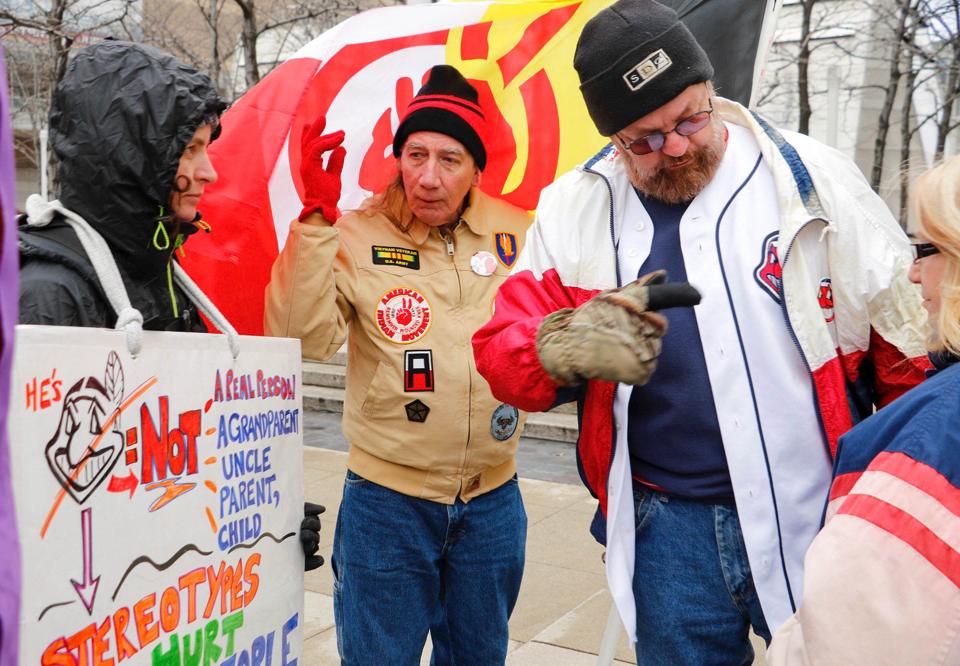 Indians fans – and the team – cling to the notion that the name and logo honor Louis “Chief” Sockalexis, a Penobscot Indian who played with the Cleveland Spiders from 1897 to 1899. He was the first American Indian to play professional baseball. But The Plain Dealer’s archives show Sockalexis and his heritage was both praised and mocked by writers, and that he didn’t directly figure into the team name, which was picked by a committee of sports writers.

I’ve argued rhetorically that if Sockalexis is really so important to the franchise and is meant to honor Native Americans, why hasn’t the team erected a statue of him beside Bob Feller’s at the entrance to Progressive Field?

The team has said it’s reducing the prominence of the Chief Wahoo by giving more prominence on uniforms to the block “C.”

This is a hollow gesture. As I’ve said before, subtle racism is still racism. And today, Chief Wahoo is front and center on World Series caps and other merchandise.

Chief Wahoo’s racist past grabbed some attention from the team in the American League Championship Series against the Toronto Blue Jays. An activist for indigenous cultures asked an Ontario court to block the Cleveland Indians from using their team name and logo on uniforms, arguing the name and mascot are offensive and discriminatory.

The court rejected the activist’s request. But the case nonetheless helped reignite the debate. Two groups of Native Americans and others plan to try to keep the debate going tonight by demonstrating near Progressive Field during Game 1 of the World Series, just as they have done on Opening Day since 1994. 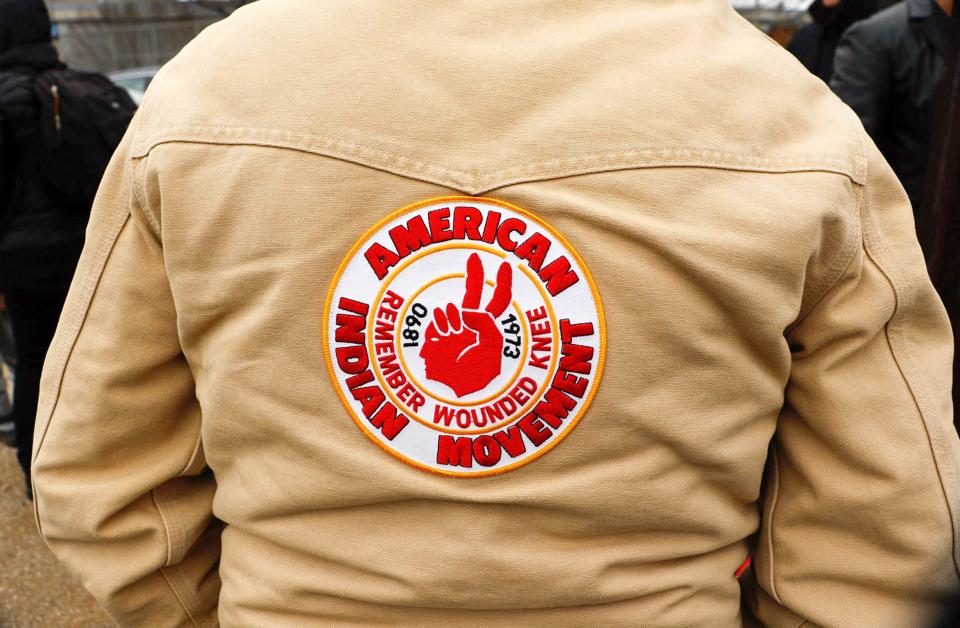 Philip Yenyo, the executive director of the American Indian Movement of Ohio, said he doesn’t expect a large group of demonstrators in part because activists for indigenous people are in North Dakota protesting the building of a pipeline near the Standing Rock Sioux reservation. There, tribal leaders and activists assert pipeline construction is disrupting sacred tribal sites and could potentially contaminate the nearby Missouri River.

Yenyo, whose protest takes place on Ontario Street, near Gateway Plaza, said he believes there is a connection between Chief Wahoo and the pipeline. He said the use of racists mascots dehumanizes Native Americans, and thereby, makes it easy for society to ignore their concerns.

“It allows people to treat us as invisible,” he said.

Chief Wahoo will be very visible during the World Series. And so will fans painted in red and dressed as Hollywood’s version of Native Americans.

Sadly, this has nothing to do with baseball – or indigenous people.