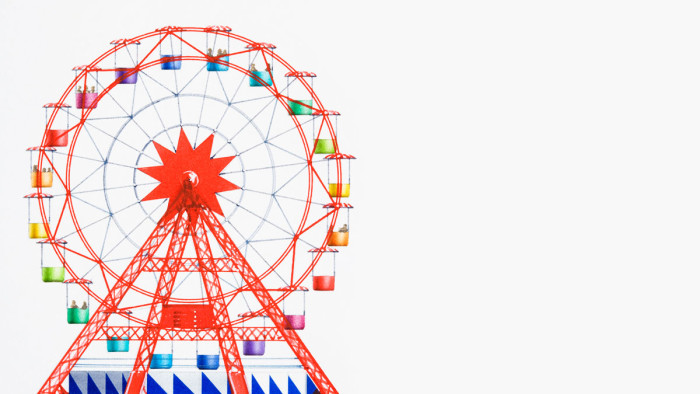 As organizations struggle with stalled diversity efforts, some are considering moving toward a “colorblind” approach: deemphasizing initiatives focused on specific demographic groups in favor of more general inclusion efforts. For some, this approach seems like an appealing strategy for engaging majority group members and company leaders, while reducing the tensions that can arise when efforts are focused explicitly on identities like race and gender. Some studies have shown, for example, that even though many companies’ existing diversity efforts aren’t helping more women or people of color to get ahead, they still make white men think they aren’t being treated fairly.

But colorblindness is not the answer to this problem. It will almost certainly backfire, ultimately undermining the very inclusion efforts it’s designed to improve.

The move toward colorblindness emerged most prominently in Deloitte’s recent decision to do away with its Employee Resource Groups (ERGs). The firm’s reasoning for the change was threefold: (1) ERGs leave out white men, who have an important role to play in inclusion efforts, (2) ERGs aren’t effectively connected with corporate leadership, and (3) millennials, a growing segment of Deloitte’s workforce, don’t want to be defined by the demographic categories around which ERGs are organized. While these are challenges with which many inclusion-minded companies are familiar, a colorblind approach isn’t an effective way to address them.

The negative impact of colorblindness on organizations and individual employees has been well documented. Downplaying demographic differences reduces the engagement of underrepresented employees and increases their perceptions of bias from their white colleagues. Moreover, the cognitive load of attempting to appear colorblind when we all, of course, do notice difference can ironically result in more biased behaviors from white employees, or lead them to avoid the intergroup collaborations that can spark innovation and enrich their work. Colorblindness is a quantifiably ineffective inclusion strategy for individuals and organizations.

Multiculturalism, the opposite of colorblindness, stresses recognition and inclusion of group differences and has been shown to benefit minority employees and organizations at large.

In Deloitte’s case, it’s particularly concerning that the move towards colorblindness was an effort to accommodate the preferences of only one segment of the workforce — millennials (as Deloitte puts it, millennials don’t like demographic “pigeonholes”). There is a wealth of research on millennials’ and Gen Z’s views of social differences: A majority of millennials, for example, believe their generation is “post-racial,” while 48% of white millennials say discrimination against white people is as big a problem as discrimination against racial minorities. Understanding these perspectives is important and organizations should consider how best to address them, but they simply don’t mirror what the data show us to be true in the workplace and beyond. Organizational inclusion efforts should consider how younger generations conceive of diversity, but should not defer completely to it — especially when their perceptions may not supported by the evidence.

In the case of ERGs, a move toward colorblindness also deprives organizations of the many benefits these groups have been shown to produce.

ERGs drive business goals by improving customer insights, increasing employee engagement, and supporting talent development. At the same time, ERGs provide distinct spaces that address population-specific needs, concerns, and opportunities. And, rather than subgrouping employees, well-functioning ERGs operate as one of many organizational forums that encourage employees to explore, express, and be understood as complex persons with intersecting identities and motivations. At their best, ERGs play invaluable roles: they mechanize feedback from employees to decision-makers and serve as touch points for engaging white men and other allies in diversity efforts. When ERGs fail to advance organizational inclusion efforts, it is a failure of design and execution, not of the underlying concept.

So how should companies balance a multicultural approach with the desire to involve everyone?

Deloitte is absolutely right that majority group members and leaders need to play a role in inclusion efforts. Given that people from underrepresented groups are penalized for promoting diversity, allies — majority group members who don’t face this same backlash — are essential in advancing organizational inclusion efforts. If both ally engagement and designated spaces for discrete populations are important, what’s the solution? Efforts need not be either-or. In fact, the most effective ones must do both.

When it comes to ERGs, these groups can actively include allies in three important ways (1) explicitly invite allies to join and engage, (2) equip allies with the education and tools necessary to serve as advocates, and (3) provide allies with a behavior-based plan to affect change. At Intel, for example, the gay, lesbian, bisexual, transgender, and allied ERG deployed a global campaign that visibly showcased allies, established high-touch opportunities for ERG members to connect with and engage allies 1:1, and articulated the ally value proposition. At Pinterest, the company’s Blackboard ERG actively works to involve allies, so much so that one-quarter of the group’s members do not identify as black.

To better involve leaders, companies should provide the infrastructure and mechanisms to connect ERGs to a broader leadership-sanctioned touchpoint. At ridesharing company Lyft, President John Zimmer has an Open Door policy and encourages ERGs to collaborate with him regularly. Zimmer has also committed to attending at least one ERG general membership meeting per quarter. Other Lyft executives exercise consistent, visible ERG support by adopting specific tasks at ERG programs and events.

Ultimately, while including everyone in organizational diversity efforts is important, a colorblind approach isn’t the best path. Race, gender and other demographics are not just “hot political topics,” as one Deloitte leader suggests. They are important identities that require recognition and deserve space.

Joelle emerson is Founder and CEO at Paradigm, a strategy firm that partners with companies to help them build stronger, more inclusive organizations. Before founding Paradigm Joelle was a women’s rights lawyer.