Companies Pay Out Millions in Settlements as Discrimination Lingers 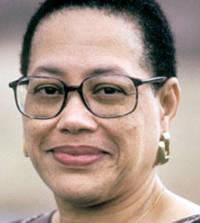 Charlene Crowell says that the mortgage industry is not alone in violating fair lending laws. At $1 trillion, auto lending is the third-largest source of consumer debt, behind that of mortgages and student loans.

As a country, America has historically short-changed its people of color in virtually every dimension of life: education, employment, housing, public accommodations and voting to name a few. To remedy discriminatory practices and policies, a series of federal and state laws were enacted over several decades to guarantee fairness and justice.

Now as a nation prepares to elect a President, a new Congress, and scores of state and local officials, recent enforcement actions suggest that instead of many businesses and corporations complying with fair lending laws for consumers, huge settlements continue for widespread violations.

The report also noted that CFPB will add efforts to assist small businesses as it continues to serve consumers.

“Small businesses are a backbone of our nation’s economy and access to credit is critical to their operation and growth. Unlike large businesses, many small businesses are sole proprietorships where the owner’s personal credit – and potentially that of family and friends – may be on the line,” noted Patrice Alexander Ficklin, CFPB’s Director for its Office of Fair Lending and Equal Opportunity.

A key highlight of the report on consumer accomplishments was the nearly $33 million settlement with Hudson City Savings Bank (now a part of M&T Bank) to pay in 2015 for its systemic failures to provide fair lending in Connecticut New Jersey, New York, and Pennsylvania. More than 90 percent of the bank’s top 50 brokers’ offices were concentrated outside of minority communities. In Philadelphia and in Camden, none of bank’s 47 loan officers were based in Black and Latino areas.

At the time the collaboration with the Department of Justice and the CFPB was the nation’s largest-ever redlining case – until this past February.

An even larger settlement – $470 million – was reached with HSBC Bank USA NA and its affiliates (collectively, HSBC) to address mortgage origination, servicing and foreclosure abuses. Participating in this case were the Justice Department, the Department of Housing and Urban Development (HUD) and the Consumer Financial Protection Bureau, along with 49 state attorneys general and the District of Columbia’s attorney general.

“This agreement not only provides relief to borrowers affected by HSBC’s past practices, it puts in place protections for current and future homeowners through tough mortgage servicing standards,” said Iowa Attorney General Tom Miller. “For years we’ve worked together to hold mortgage servicers responsible for their past conduct. We’re doing that here through this settlement and we’ll continue to address bad conduct in the future.”

“Even as the mortgage crisis recedes, the U.S. Trustee Program will continue to combat mortgage servicer abuse of the federal bankruptcy laws so that homeowners are given their legal right to try to save their homes,” said Director Cliff White of the Justice Department’s U.S. Trustee Program. “Homeowners in financial distress sometimes depend on chapter 13 bankruptcy to help them catch up on their payments. When banks violate bankruptcy laws at the expense of homeowners and other creditors, they must pay a price. This settlement holds HSBC accountable for its actions and helps to protect the most vulnerable homeowners.”

The $10 trillion mortgage industry is the nation’s largest credit market and touches the lives of millions of consumers. Each year, according to Mortgage News Daily, three million consumers reach out to lenders to apply for a new mortgage. Another 1.5 million consumers, who already have mortgages, reach out to lenders seeking loan modifications or other assistance in preserving their home.

Unfortunately, the mortgage industry is not alone in violating fair lending laws. At $1 trillion, auto lending is the third-largest source of consumer debt, behind that of mortgages and student loans.

A bill passed by the House of Representatives last November on a 332-96 roll call vote, awaits further consideration in the Senate. The measure would remove CFPB from enforcing anti-discrimination laws against auto dealers.

College loan debt, now more than $1 trillion, continues to grow as well. Particularly at for-profit schools, low graduation rates, few graduates and few if any marketable skills, students fail to secure a desired degree, but wind up with lots of student debt. The former Corinthian Colleges, once one of the nation’s largest for-profit colleges, closed its doors last year, but many of the problems incurred by its former Everest students persist.

Nor is Corinthian the only for-profit college that has lured student enrollment with promises of steady employment with well-paying, career-track jobs. ITT Tech remains under investigation. Nearly $200 million will be paid by the Education Management Corporation (EDMC) as part of a federal settlement that provides loan forgiveness affecting approximately 80,000 former students.

All of our country’s laws should be honored and violators held accountable in proportion to the harms they cause. That would be justice and fair lending.

Charlene Crowell is a communications manager with the Center for Responsible Lending. She can be reached at Charlene.crowell@responsiblelending.org.