‘Diversity Fatigue’ In A Profession Where There’s Not Enough Diversity

IMDiversity 4 years ago Comments Off on ‘Diversity Fatigue’ In A Profession Where There’s Not Enough Diversity 1.1 K

Diversity fatigue at any level is a ridiculous excuse for not doing what needs to be done in the legal profession.

I had not come across the term “diversity fatigue” until recently. Yes, I know, I’m  a long-term resident of Planet Oblivia and so, I’m not “au courant,” so to speak, on many things, including this. “Diversity” is certainly not a new concept to me, being a dinosaur woman lawyer admitted to practice way back in 1976, but coupling the word “fatigue” with “diversity” is a new concept to me, and one that I am not at all happy about.

Good grief, as Charlie Brown would say. Now people are coping with “diversity fatigue”? I don’t even want to imagine what could be next. It’s way too early to be tired when trying to bring diversity and inclusion into our profession has such a long way to go. Dinosaurs will remember the Carpenters song of 1970, “We’ve only just begun.” Millennials, you can find it on YouTube.

Defining the term “diversity fatigue” is probably as good a place as any to start.

Diversity is increasingly the scapegoat when something old and reliable begins to falter, from ESPN’s ratings to comic-book sales. Courtesy Marvel in The New Yorker

One definition in a New Yorker Magazine article late last year characterized is as the “…stress that managers felt when tasked with realizing these goals [of recruiting and nurturing minority talent.]”

Research in the Harvard Business Review found, among other things, that “…diversity initiatives also seem to do little to convince minorities that companies will treat them more fairly.”

But wait, there’s more! The Harvard research also indicated that pro-diversity messages signaled to white males that they might be undervalued and discriminated against. Anyone remember the United States Supreme Court decision in Regents of the University of California v. Bakke in 1978? Millennials and others, here’s the link.

For women and minorities in our profession (and I’ll throw dinosaurs in there are well), this research clearly presents a giant leap backwards. It’s not enough to have a woman and/or minority lawyer be part of the group pitching a matter to in-house counsel. We know how often that’s just window dressing and when it comes to origination credit and being the partner in charge of the matter, those things don’t happen like they should.  Don’t even get me started on the lack of opportunities for those women and minorities of a certain age and above. 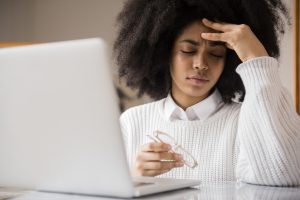 That’s not to say that women and minorities haven’t made strides since I graduated law school back in the Dark Ages, but there is so much more to do. Yes, I know that there are women and minority general counsel, law firm CEOs, and law firm practice area partners, but when you look at the numbers, just purely look at the numbers, women don’t fare all that well, and minority lawyers, whether male or female, trail behind. It’s still not a level playing field.

In 2016, as a result of a Women in Law Hackathon, the Mansfield Rule was created.  Remember that? It’s only been two years. The Mansfield Rule, adopted from the Rooney Rule in the NFL, certifies that law firms consider at least 30 percent women and minorities for “promotions, senior level hiring, and significant leadership positions.” The rule doesn’t say that a firm has to promote, senior-level hire, or place 30 percent women and minorities in significant leadership positions, but that they have to be considered. In lawyer talk, that’s a distinction with a huge difference. So, I’m curious to know whether the Mansfield Rule is actually being used, how often are women and minorities being “considered,” and how many of them actually get promoted, are hired at senior levels or get to significant leadership positions.

By the way, although Manatt Phelps Phillips, based here in Los Angeles, is not listed as one of the law firms piloting the Mansfield Rule, it has announced that Donna Wilson will become CEO and Managing Partner of the firm. The press release states that “Wilson is a long-time advocate for diversity and inclusion and a member of the LGBTQ community.” You can read the whole release here.

Diversity fatigue is unacceptable. Getting our profession to not just pay lip service and preen itself on achievements to date when the numbers tell the opposite story is like shoveling you-know-what against the tide. I’m not sure that a back hoe would make the job any easier or quicker.

We don’t have a lot to be proud about in terms of diversity. More than 40 years after I was admitted to the bar, the numbers, albeit better (however “better” is a relative term, because when you start at the bottom, every little step is an achievement) are still ugly. And let’s not even talk statistics for attorneys who are disabled.

We need to stop talking, something that we are really good at, and do something — a lot of somethings. We need to “show, not tell.”

Part of the problem, I think, is that the profession is deluged with reports that pinpoint issues and concerns that are written furrowed brows of earnestness and worry. I wonder how many of the reports are even read. Are they just shoved in a credenza with a “thank you for sharing” attitude to be read at some unspecified future time? Even if they are read, what happens to them? Is there follow-up? Is there follow through?

Phooey with the reports that very few lawyers will ever read. I think one attention-grabbing headline in a huge font is enough: “Hey, all of you, get off your you-know-whats and do what needs to be done and make it snappy. Quit jawing. No excuses.”

Diversity fatigue at whatever level and wherever is a ridiculous excuse for not doing what needs to be done: make the profession color-, gender-, disability-, and, yes, I’ll throw it in, age-blind. Getting the profession to where it needs to be is a relay race. Get off the starting block and get going. As we dinosaurs leave the field, we will hand the baton to the next generation of lawyers. They’ll be the ones who can break the tape, if they choose so.

Jill Switzer has been an active member of the State Bar of California for more than 40 years. She remembers practicing law in a kinder, gentler time. She’s had a diverse legal career, including stints as a deputy district attorney, a solo practice, and several senior in-house gigs. She now mediates full-time, which gives her the opportunity to see dinosaurs, millennials, and those in-between interact — it’s not always civil.