Georgetown: Most approve of apologizing, but not making amends

IMDiversity 5 years ago Comments Off on Georgetown: Most approve of apologizing, but not making amends 825 In 1838 Georgetown, a Jesuit university based in Washington, D.C., sold 272 slaves in order to pay off debts accrued by the university. Last week Georgetown announced that it will apologize for its role in slavery in America, and that it will begin to offer preferential admission to the descendants of all the slaves who were once owned by the university. Descendants of the slaves have largely welcomed the move, and have also called upon the university and Maryland Jesuits to help support the creation of an institution to promote racial reconciliation in America.

Research from YouGov shows that while most Americans support Georgetown’s apology for its involvement in slavery, the decision to offer preferential treatment to the descendants of slaves once owned by the university is more divisive. 44% of Americans disapprove of offering preferential treatment, similar to that enjoyed by the children of alumni, to the descendants of Georgetown’s slaves, though 42% do approve of it. 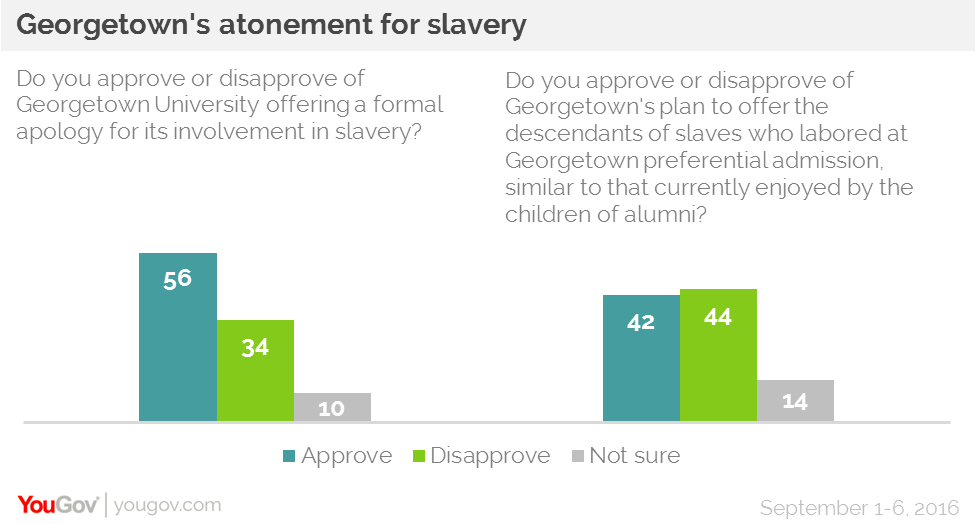 Perhaps unsurprisingly there is a significant racial divide on preferential admission. A large majority of black Americans (70%) and most Hispanics (51%) approve of it, but most whites (54%) disapprove of it. 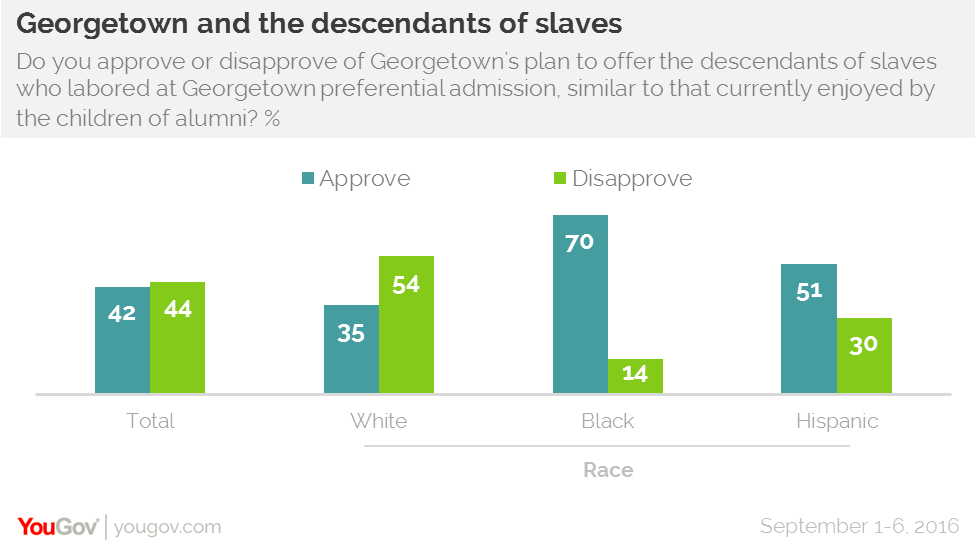 For the full results of the survey go to: https://d25d2506sfb94s.cloudfront.net/cumulus_uploads/document/v404vbdwfa/tabs_OP_Georgetown_and_Slavery_20160906.pdf