Harriet Tubman, anti-slavery activist, to be on new US $20 bill

IMDiversity 6 years ago Comments Off on Harriet Tubman, anti-slavery activist, to be on new US $20 bill 1.3 K

Anti-slavery activist Harriet Tubman will be the first woman to appear on a US banknote for more than a century. 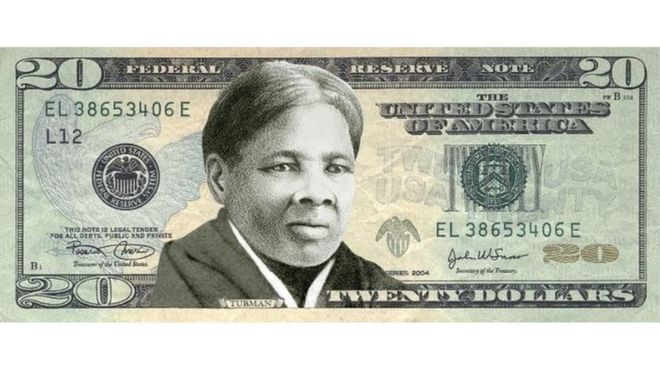 The new $20 featuring Harriet Tubman may look like this

Tubman, who was born a slave around 1820 and helped hundreds of others escape, will feature on the new $20 bill, the US Treasury announced.

She will replace former President Andrew Jackson, a slave owner.

The Treasury has dropped plans to remove the image of Alexander Hamilton, one of the founders of the US financial system, from the $10 bill.

It had faced a backlash over the plan.

While Ms Tubman will feature on the front of the $20 bill, President Jackson’s image will move to the back.

US Treasury Secretary Jacob Lew said that Harriet Tubman was “not just a historical figure but a role model for leadership and participation in our democracy.”

“Her incredible story of courage and commitment to equality embodies the ideals of democracy that our nation celebrates,” he added.

Leaders from the women’s rights movement – Lucretia Mott, Sojourner Truth, Susan B Anthony, Elizabeth Cady Stanton, and Alice Paul – will be pictured on the back of the $10 bill. 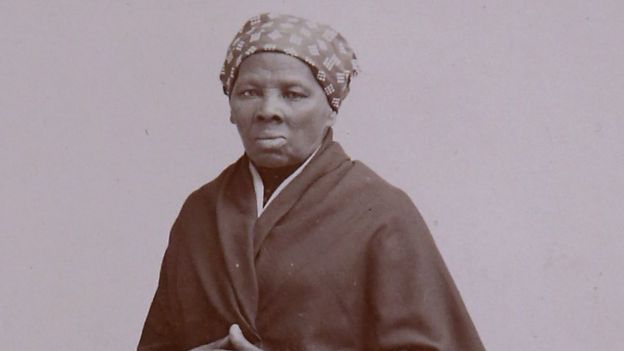 The back of the $5 bill – which depicts Abraham Lincoln on the front – will show prominent leaders from US history including singer Marian Anderson, former first lady Eleanor Roosevelt and civil rights leader Martin Luther King.

The women last depicted on US notes were former first lady Martha Washington, on the $1 silver certificate from 1891 to 1896, and Native American Pocahontas , in a group photo on the $20 bill from 1865 to 1869.

Harriet Tubman is best known in the United States for her role in smuggling slaves to safety via the Underground Railroad.

But her role in the US civil war was just as remarkable.

She operated as a scout for the Union forces, often behind enemy lines, most notably guiding the dramatic armed raid at Combahee Ferry in South Carolina in which three gunboats evaded Confederate positions and liberated more than 700 slaves.

In 1863 this was an extraordinary military role for any woman, let alone for an escaped slave.

As for Andrew Jackson, his enduring numismatic role is ironic not only because the slave-trading president has been pushed to the back of the $20 bill by a freed slave but also because he regarded the very existence of paper money as a “deep-seated evil.”

Harriet Tubman: Former slave who risked all to save others

Harriett Tubman was born into slavery in the 1820s. After suffering a serious head injury, she escaped and helped to free more than 70 slaves through the “Underground Railroad”, a network of anti-slavery activists and safe houses.

Ms Tubman was the winner of an online poll run by campaign group Women On 20s.

Its executive director, Susan Ades Stone, told the BBC that the “freedom fighter” was “a fantastic choice.”

“She is really quite remarkable,” she said, noting the irony of moving Andrew Jackson to the back of a bill which would feature a freed slave on the front.

“It’s not what we envisioned but I think that it will make for an interesting narrative and it will keep alive a lot of the history lessons that we can learn from his actions and his policies,” said Ms Ades Stone. 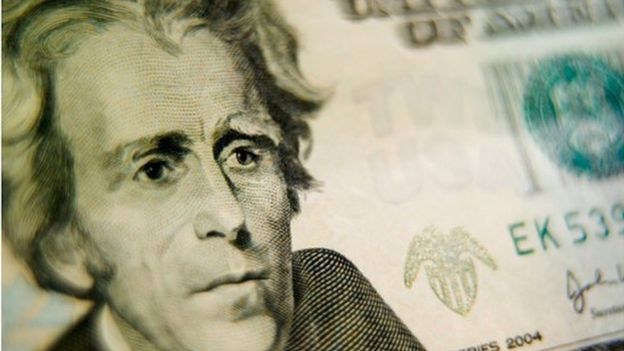 Alexander Hamilton staying on the $10 bill was due in part to the popularity of Broadway musical “Hamilton”.

After the meeting, Lin-Manuel Miranda, the creator of the Broadway show, tweeted that Mr Lew told him he would be “very happy” after they announced changes to the US notes.

The Treasury Department also put out a statement after the meeting that reiterated Mr Lew’s “commitment to continue to honour Alexander Hamilton on the $10 bill”.

[Note: The new designs are projected to be released by 2020.]