How to Apply for a Job You’re Overqualified For

IMDiversity 3 years ago Comments Off on How to Apply for a Job You’re Overqualified For 3.5 K

A job opening catches your attention but the required experience is only eight years — and you’ve been in the industry for 15. Should you still apply? And if you’re called in for an interview, should you acknowledge you might be overqualified? What should you consider before taking the role? 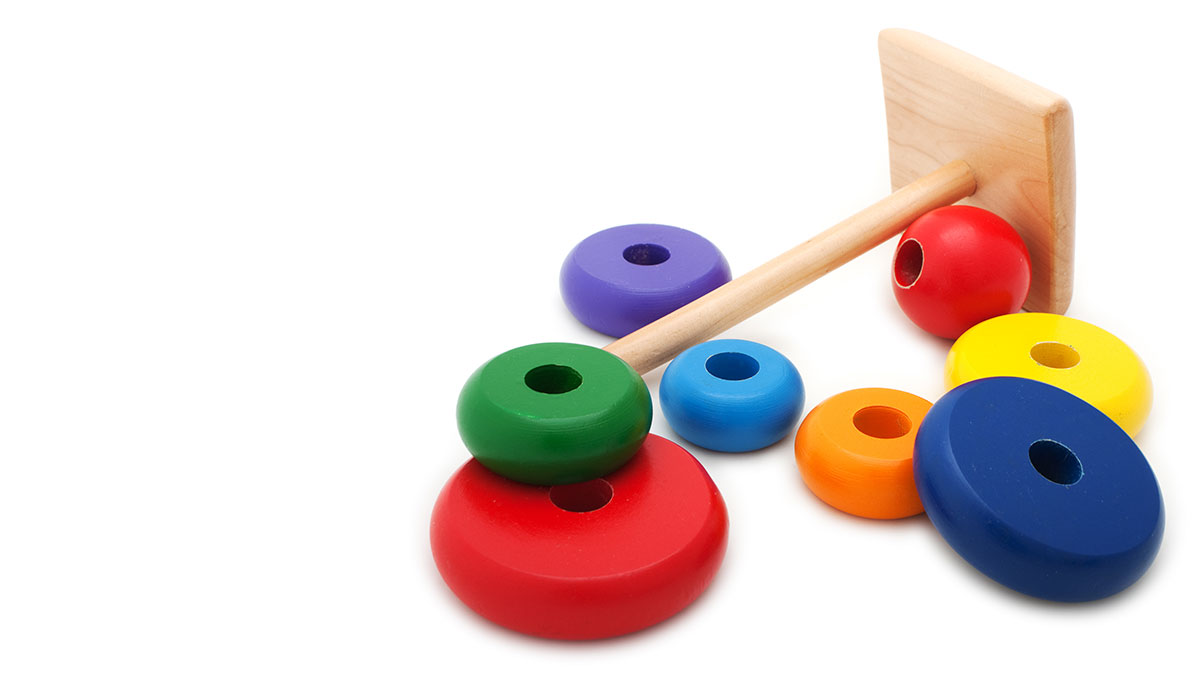 What the Experts Say
There are many reasons why you might go for a job that doesn’t match your level of experience. You may be switching industries, or trying to get into a particular company. You may be relocating to a new city, or looking to maximize flexibility in your personal life. Or maybe you just really need a job. But don’t assume your impressive résumé will guarantee you an offer, says Berrin Erdogan, a professor of management at Portland State University and the lead author of a recent study on the subject. “There is a prejudice,” she explains. “Hiring managers are not always eager to bring on someone who is overqualified.” They might be concerned you’ll get bored in the position, says Claudio Fernández-Aráoz, a senior adviser at Egon Zehnder International and author of It’s Not the How or the What but the Who. “The manager might think you’re not going to stay, so it is a waste of time and effort. Or the hiring manager might look at you as a threat.” Your goal, therefore, is “ to make sure the interviewers don’t shy away from you.” Here are some tips to help you get them on your side.

Check your attitude
First things first: Don’t be arrogant. “It’s self-defeating to think the company would be lucky to have you,” Erdogan says. “The company wants someone who is a good fit for the role. The qualifications that you think make you overqualified may be irrelevant to that particular hiring manager.” Make sure you’re not giving off vibes of self-importance or pomposity. “No job applicants should call themselves overqualified. If someone else says it about you, it’s flattering. When you say it, it’s off-putting.” If the hiring manager brings it up, be humble. Erdogan recommends saying, “I know I have more experience than what you’re looking for, but I’m excited about the company and the role, and I’m looking forward to contributing to the best of my capabilities.”

Be transparent (to a point)
How candid should you be about the reasons you’re applying for the job? “It depends on your reasons and how socially acceptable they are,” Erdogan says. She recommends explaining your interest in terms of your career objectives.” For example, say you’re interested in the job because you have young kids at home and you’d appreciate more flexibility. Erdogan suggests saying something along the lines of, “I’d like to be in a job with more predictability and reduced travel.” (This assumes you know the position offers those things.) Or perhaps you’re interested in the job because you’ve been searching for months and are getting desperate. In this case, Erdogan recommends saying, “I’ve been working in contract positions, and I welcome an opportunity for a more permanent position.” Think hard about how you will answer questions about why you want the position and why you want to work in the sector, Fernández-Aráoz says. “Nothing convinces more than conviction,” he adds. “Show integrity.”

If there are still doubts about your fit for the job, Fernández-Aráoz’s advice is to take “a problem-solving point of view,” and “be strategic” about showing how the organization could benefit from having you in the job. Here are some possible strategies — along with some words of caution:

Think big
“Visionary leaders do not hire for their currents needs; they hire for the future,” Fernández-Aráoz says. You can nudge the hiring manager to think more broadly about the role by “enthusiastically sharing your ideas for how big the job can be,” he adds. True, you may be overqualified for the particular position on offer, but with expanded responsibilities, new projects, or additional territories and geographies, it could be a perfect match for you. “Be proactive in highlighting the possibilities,” he says. “Prove to the interviewer that he needs to hire a big fish, not a minnow.”

Tailor the job
Another strategy would be to “talk to the hiring manager about possible ways to tailor the current opening to your skills and interests,” Fernández-Aráoz says. “This approach is a bit tricky because it shows you are looking for more,” but it can be a good opportunity to mold the job into one that’s more compelling and better suited to your specific experience. The objective is to “look for ways you can add value.”

Offer temporary help
Another approach, according to Fernández-Aráoz, is to talk about the job as a singular “tour of duty.” In other words, you’ll “offer a specific expertise” to help the company “achieve a goal or objective” for a certain period of time, with the understanding that eventually you will move on to a bigger and better role either within that organization or at another one. You might offer to link this work to a “special form of compensation — either a significant bonus, retainer, or a success fee” after you reach a certain target. That way, the hiring manager will feel better about the likelihood of your staying “because you want the money,” he says.

…But don’t ask for too much
It’s smart to think creatively about how you position yourself for the role, but Erdogan cautions against getting too carried away. “You will have the opportunity to shape the job and expand your role once you’re in the organization and have an understanding of how things work,” she says. She recommends a longer-term approach. “Join the company, perform at a level that shows you’re ready for more, and over time, take on more responsibilities.”

Take heart
“Sometimes when overqualified people don’t get the job they applied for, they get angry and upset,” Erdogan says. But you must resist that impulse. “Remember, there are a lot of factors that go into a hiring decision — interpersonal chemistry, for instance — and many of these are not transparent to the candidate,” she says. It’s quite likely that you did not get an offer because another candidate who applied was simply a better fit for the role. “You can’t take it personally,” she adds.

Case Study #1: Be thoughtful about how you position yourself to the hiring manager
In 2008, after the global economy took a nosedive, the company that Lauren McAdams was working for went belly up. Lauren, who had several years of professional experience, a background in development, and a degree in business, was out of a job.

“I got a little desperate and was applying to bars, restaurants, even a sandwich shop,” she recalls.

A year later, Lauren was working as a temp to make ends meet when she applied to what was essentially a marketing assistant job. “It was an entry-level role, but I thought I could make it work; I just needed to be able to communicate to the hiring manager that I’d be a solid investment.”

When Lauren went in for the interview, the hiring manager was blunt. “She told me she was worried I was overqualified and that I would be bored in the job,” she says.

Lauren knew she needed to be savvy and strategic in how she addressed those concerns. Based on her research, she knew the company was starting to sell business plan software and consulting services. “I told the hiring manager that I had a very firm grasp of those products,” she says.

Lauren also pointed out that she was nearly a perfect fit for the company’s target customer profile. “I explained how I was in a position to see things from the perspective of likely customers as well as that of the company,” she says.

Later in the interview, Lauren shared her ideas for how big the job could be. She talked about new projects she could execute. And she highlighted expanded responsibilities she could take on.

She was bold in expressing excitement about the job and the company, but also humble. “I made it clear I was there to learn,” she says. “I noted that once I had learned a solid amount about the company — its products and marketing in general — I would be in a position to contribute to business strategy, further marketing initiatives, and product development. When the hiring manager said that role sounded like management rather than that of an assistant, I told her that was exactly what I was aiming for long-term, of course.

“I think she was impressed both with my confidence and my desire to be a long-term employee.”

Lauren got the job and quickly crafted it into one that aligned with her interests and skills. She ended up staying with that company for more than three years. Today she is a career adviser and hiring manager at resumecompanion.com.

Case Study #2: Express enthusiasm for the job, and demonstrate how you will add value
A few years ago, Mehmood Hanif, who trained to be a brand manager and had an M.Phil in marketing management, worked at an educational company in Karachi, Pakistan. But Mehmood was keen to experience other industries, so he was open to any job that could provide that.

“I wanted to [get a] taste of different industries I found interesting,” he says. “I also wanted to acquire new skills, so I [could apply them to] future marketing campaigns and jobs.”

One day he interviewed for a marketing support job at a pharmaceutical company. “The candidate was supposed to support brand managers, but wasn’t directly associated with core marketing,” he recalls. “Based on my education and experience, I was overqualified.” Nevertheless, he wanted the job.

During the interview, Mehmood highlighted his specific expertise and explained how he could help the company. “I told the hiring manager how I could add value,” he says. “For instance, during the interviews, I learned that the company was heavily dependent on paperwork. I suggested solutions that would decrease the percentage of paper used within the company.”

He made sure to convey his interest in the role but was honest about his desire to move up in the organization. “I said I thought I could make a difference and that I hoped to one day move into the core marketing department.”

When the hiring manager said he was concerned about an overqualified hire getting bored and leaving, Mehmood pointed to other jobs in his past where he’d had long tenures. “I also told him that I’m self-motivated, and I love to do new things,” he says. “If you are skilled enough, you can always find new ways to do your job differently, so you will never get bored.”

Mehmood got the job. He stayed at the company for three years.

Today he is the senior digital marketing strategist at PureVPN, which operates a self-managed VPN network. “This is basically the job I was looking for,” he says.

Rebecca Knight is a freelance journalist in Boston and a lecturer at Wesleyan University.  Her work has been published in The New York Times, USA Today, and The Financial Times.