How to Get Hired After a Botched Job Interview

IMDiversity 4 years ago Comments Off on How to Get Hired After a Botched Job Interview 1.2 K

This posts recently appeared at The Motley Fool on December 20, 2017 —

Just because you messed up during an interview doesn’t mean the job is off the table. Here’s how to recover.

Perhaps you showed up late to an interview after underestimating how bad traffic would be. Or maybe you got tripped up by a particularly tough question, and things went downhill from that point. No matter what happened, if you’re convinced you blew your last interview, then you have two choices: give up on the job, or take steps to salvage the situation.

If it’s a job you’re not particularly interested in, then you might opt to keep your head down and move on. But if the role in question was truly a dream opportunity, it pays to fight for that job and see if you can overcome that bad interview. Here’s how.

1. Figure out what went wrong if it’s not already obvious

If you came into your interview totally unprepared, then it’s pretty clear that your problem boiled down to a lack of research. But if you did everything you were supposed to do and faltered nonetheless, then it’s time to replay those scenes in your head and figure out why things went badly.

Did you and your interviewer simply not mesh? Did your nerves get the better of you? It’s crucial to understand why your interview went poorly so that you can take steps to avoid a repeat if you are granted a second chance. 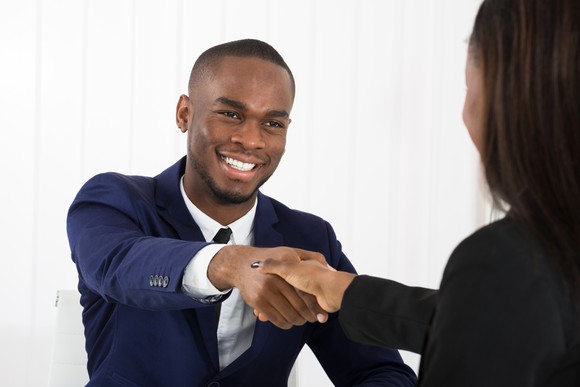 2. Reaffirm your interest in the role

It’s common practice to send a thank you note following an interview, and that includes meetings that didn’t go particularly well. Even if you’re convinced you no longer have a shot at that job, you should still compose a professional follow-up note thanking your interviewer for his or her time, and making it clear that you remain very interested in pursuing that opportunity. If your interviewer comes to realize that you haven’t written off the job yet, then he or she may be inclined to keep you in the running.

3. Ask for another meeting

Just because you botched your first interview doesn’t mean you’re doomed to repeat that mistake. Rather than assume that a second chance won’t happen, reach out to your interviewer and request another sit-down. You can even go ahead and be honest about the fact that your first interview didn’t go the way you wanted it to, and that you’re confident you’ll do better if given another chance.

But no matter what, don’t make excuses for your poor performance the last time around. Maybe you were fighting a sinus infection, or distracted by a stressful home repair in the works, but that’s not what your interviewer wants to hear. Keep your message focused and positive, and with any luck, your request for another interview will be granted.

4. Get your head back in the game

If you’re lucky enough to get that second chance, it’s important to really nail that follow-up interview if you want a shot at the job. This means you’ll need not only to prepare mentally for that meeting, but aim to fix any shortcomings you may have initially fallen victim to.

If, for example, you let your lack of familiarity with a specific software be known, study up on that program so your interviewer sees that you’ve made the effort to get up to speed. Or if you came off as clueless about how the company operates, research it like crazy this time around. There’s no sense in having a second interview if you’re not going to do better, so make that sit-down worthwhile.

It’s never easy to face the fact that you messed up an interview, but don’t assume the worst, either. If you play your cards right, you just might manage to recover from that blunder and land that new job after all.