Answering the “tell us about yourself” question in a job interview is tricky enough—but it’s extra dicey territory if you’re pregnant. Even if you have the most stellar qualifications for the job, it’s hard not to worry that your sparkling résumé will be overshadowed by all the office hours you could be missing for doctor’s appointments, morning sickness, and maternity leave.

Job searching also gets complicated when you’re not pregnant yet, but you’d like to be in the near future. If you don’t mention that you’re trying to conceive, will your new boss feel tricked when you eventually do break the news? 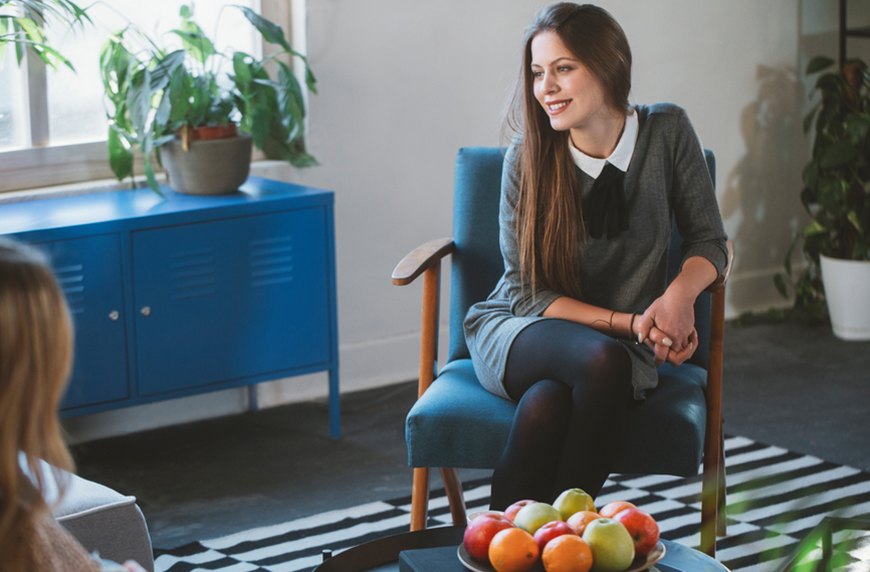 Of course, it’s totally possible to start a new chapter in your career and grow a tiny human at the same time. (Hey, if newly minted Senator Tammy Duckworth can do it…) Experts say it just takes a little extra care. “For pregnant job seekers, or those who might even be thinking about family planning, there are always questions about ‘How do I play this?’” says Heather Holland, founder of Houston- and D.C.-based management and HR consulting firm Holland Energy Consulting, LLC.

One key thing to remember, she says, is that most companies have seen this scenario before—and it’s important not to let it derail your job search before it starts. “Things happen all the time, whether it’s pregnancy or a spouse gets relocated and you have to leave,” Holland points out. “While the employer may not like the fact that ‘We just hired this person, now they’re going to be off for six months,’ it’s also the cost of doing business.” The key is to get familiar with your rights in advance, so that you and your prospective employer are able to create a situation that works for everyone.

Here, Holland shares a few tips and facts to keep in mind when you’re trying to expand your LinkedIn profile and your family tree.

First things first: You’re not legally obligated to tell an employer you’re pregnant, and they’re not allowed to ask.  The Pregnancy Discrimination Act of 1978 protects employees and applicants from discrimination on the basis of pregnancy. Any question that relates to your family plans—whether it’s “Do you want children?” or “Should we call you Miss or Mrs.?”—could be grounds for a discrimination claim. If you’re asked a family planning-related question during the interview, Holland advises not answering it. But whether you point out that the question is illegal or steer the conversation in another direction more indirectly is up to you.

These protections are in place for good reason. Even in the 21st century, studies show both male and female managers still have reservations about hiring pregnant employees or those who might soon become pregnant. A 2008 study found 76 percent of those surveyed said they wouldn’t take on a new hire if they knew she would become pregnant within six months of starting with the company.

If you’re asked a family planning-related question during the interview, Holland advises not answering it.

Yet the legislation doesn’t totally fix the problem. Even with the PDA laws in place, nearly 31,000 pregnancy discrimination charges were filed with the U.S. Equal Employment Opportunity Commission and state-level fair employment practice agencies between October 2010 and September 2015. Women of color face a disproportionate amount of this type of prejudice. And the PDA currently only protects employees and applicants at companies of more than 15 people. (Businesses argue that at a smaller workplace, the absence of an employee could cause problems for other workers.) Advocacy group National Partnership for Women & Families is in the process of pushing new legislation through Congress—the Pregnant Workers Fairness Act—to expand these safeguards.

So what do you do if you think an employer has violated the PDA? You can file a charge with the Equal Employment Opportunity Commission or a state or local agency, though Holland and others caution that, especially in the interview stages, pregnancy discrimination can be hard to prove. Instead, you might consider lodging a complaint with the company’s HR department. 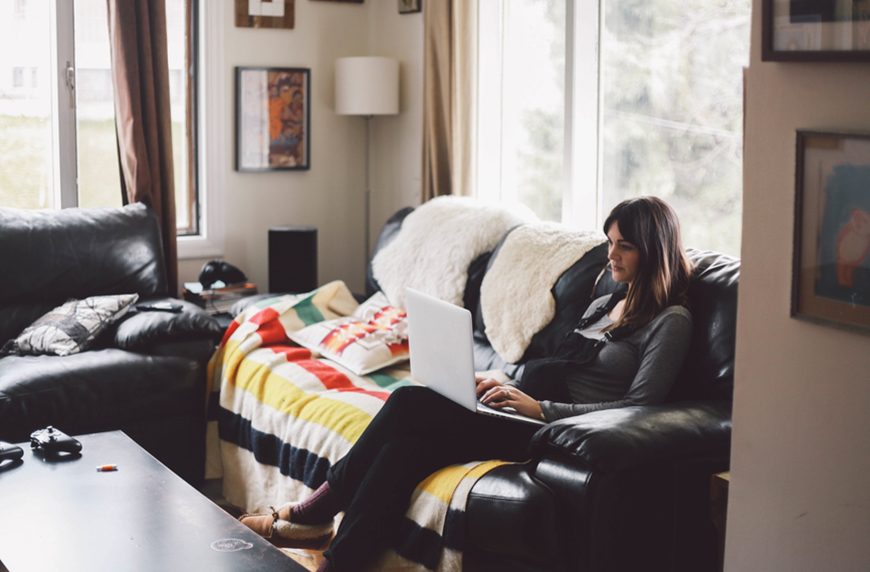 Understanding a potential new job’s benefits is always smart. But if there’s a baby on the horizon, don’t be seduced by pet-friendly offices and rock-climbing walls alone–you must also ensure the full package includes a leave policy, healthcare coverage, flexibility, and overall family-friendliness in line with your needs.

If a job opportunity catches your eye, Holland recommends researching the company’s policies—and, maybe more importantly, whether a company abides by those policies—on job sites, through Facebook groups, or by talking with a current or past employee not involved in the interview process.

If you end up getting an interview and want to ask about benefits, Holland suggests bringing them up in the later stages of the process or even after an offer is made. You have every right to do so, she adds. “The piece I think a lot of people forget is you’re interviewing that company just as much as they’re interviewing you,” she proclaims. “So find out as much information as you can to determine if it’s a fit for you.”

A few facts to keep in mind: The Family and Medical Leave Act entitles workers to up to 12 weeks of job-protected leave, but only if they’ve been employed by a company for 12 months or more—and only if the company employs 50 people or more. And, legally, the leave doesn’t have to be paid. That means you’ll need to consider how you’ll make things work financially if the company doesn’t go beyond the minimum requirements. 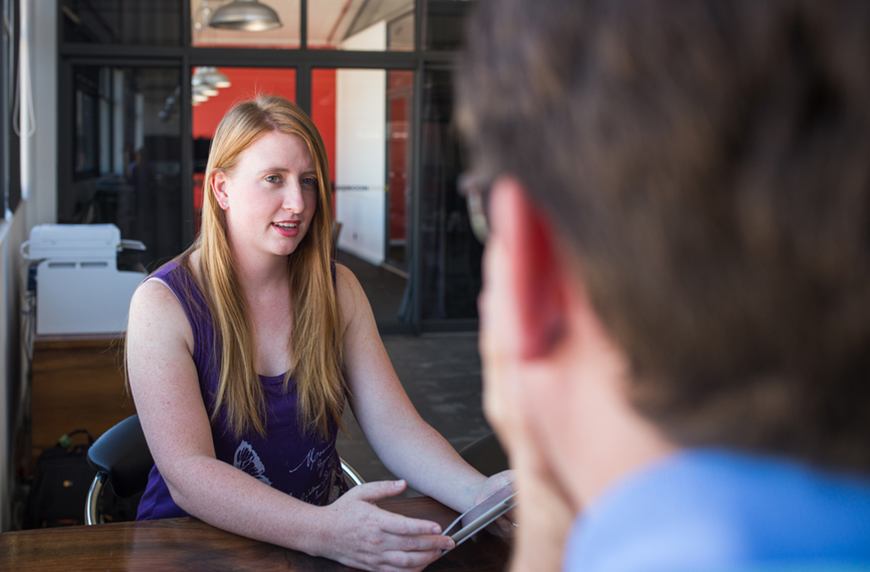 3. Consider keeping your personal life to yourself at first…

So, now comes the biggest question of all—even if you aren’t legally obligated to talk about your pregnancy during the interview process, is it the ethically sound thing to do? It may seem misleading to leave out a detail as major as a pregnancy when a potential employer is getting to know you. But ultimately, says Holland, there’s usually no reason to bring it up, especially if you’re still in the early stages and choosing to keep the news quiet. (As many women do for the first three months or so.)  “It’s not that you’re hiding anything, but it’s not central to the purpose that you’re there for,” she says. “You’re there to find a job.”

The same goes if you’re trying to become pregnant. Candidates in general tend to share too much personal information during the interview process, Holland says. Talking about your family plans may seem like an innocent enough way to break the ice, but you never know what biases might be at play. Instead, keep the conversation focused on your killer managerial skills or your knack for relationship building.

Above all else, Holland emphasizes that job seekers need to do what feels most comfortable to them. So if you’re in the later stages of pregnancy, for example, and keeping it discreet during the interview is no longer an option, you may want to get in front of any concerns by explaining to the interviewer how you intend to demonstrate your commitment to the role. But again, you don’t have to say anything.

Deciding when to disclose the pregnancy once you’re offered a position is also a personal choice. At the very least, Holland suggests giving a boss about three months advance notice before your due date. That way, you’ll have enough time to create a  plan for your team so they’ll be ready to step in, even if the baby comes early.

Bottom line: Bringing a child into the world is a life-altering event, but it doesn’t have to define your career trajectory. Holland says to stay focused on why you’re looking for a new job in the first place, and to weigh the total package of a potential gig and whether it’s aligned with your values. Because let’s be honest—if a company is turned off by your growing family, it’s probably not be the best place for you to be working anyway.

A few other things to add to your pregnancy to-do list: Stock up on omega-3’s and probiotics (they could help protect babies from allergies), and hit up some prenatal workout classes for a speedier delivery.