In a nation built on agriculture, why so few minority farmers?

IMDiversity 5 years ago Comments Off on In a nation built on agriculture, why so few minority farmers? 1.7 K 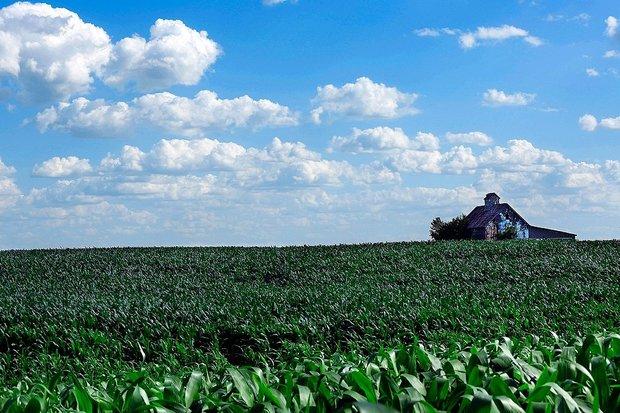 We have a farming tradition in this country, a tradition that spans all races and communities. One need only drive around the city to see numerous community and private gardens in every neighborhood. This tradition extends to the African-American community, the Latino, Asian and the refugee communities. I know; as a scientist who enjoys identifying trees, shrubs and herbs by their scientific names, I see these things. I owe my interest to my grandmother, a child of farmers, who migrated north from Virginia in the 1940s. She nurtured the seed of my childhood curiosity over 12 summers of tutelage in a vegetable garden. That curiosity grew into passion and academic pursuit.

Which prompts the question, where are all the minority farmers? I haven’t seen any along Route 20 or 104. Nationally, a laudable movement with real dollars and good intentions is taking root in urban centers, to eliminate food deserts, and provide access to fresh produce to urban communities. Growing Power in Milwaukee, headed by MacArthur Fellowship recipient Will Allen, teaches agriculture and aquaculture to an under-served minority population. D-Town Farm in Detroit provides workshops and garden plots to its community members, to grow food and buy fresh. Here in Syracuse, Brady Urban Farm, with its well-managed city plot, is helping to bring knowledge and nutrition to our community.

But where are the African-American farmers with combines and thousands of acres? Where are the Latino owned apple-orchards? Where are the Japanese, Korean, Native American corn farmer, rice farmer, vineyard owner? Our nation is wildly diverse. Even the Bible Belt is becoming more diverse by the day, a reality with very real, very frightening consequences. Just look at what happened in Kansas last February; an East Asian man, Srinivas Kuchibhotla, was shot dead in a bar by a man telling him to “get out of my country.”

Minorities have “helped” to grow the generational wealth of others, while never realizing any of our own; as recently as the 1950s and ’60s, African-American families migrated north to work in the agricultural fields here in Central New York. Many of those workers experienced horrendous living conditions, as seen in the great 1960 CBS documentary “Harvest of Shame.” It is a reality our current immigrant farmworker population lives today. Could that be why our parents argue against the pursuit of a career they regard as last-century? So many minorities become lawyers, doctors, laborers, chefs, accountants, web-designers; but why not farmers? Access to capital is historically against us, access to educational opportunity, frequently thwarted. The USDA offers minority loan opportunities, but many of those are for individuals who already are small farmers or medium-sized land holders. What about the kid who graduates high school or college and wants to farm?

We know segregation is unhealthy. A recent JAMA article suggests diversity is a good thing, at least for African-Americans. I wonder, if the authors were to follow a white cohort through the same chronological study, would they respond similarly? Societal norms codify the idea of a multi-cultural, urban dynamism and a monochromatic, rural heartland. An over-simplification by no small measure, with no nuance for an African-American who hikes, hunts and stalks mushrooms, like yours truly. Societal norms are in many ways more influential than legislative mandate or civil ordinance, and our current societal norms need to change.

Minorities have “helped” to grow the generational wealth of others, while never realizing any of our own.

According to most recent Census data, 95 percent of all farmers are white. Programs like Iowa State’s University of Agriculture “I’m an Agronomist” are helping to make a difference. Iowa State University College of Agriculture is actively recruiting minority students into its program to increase diversity in the classrooms and in the fields. Bravo! Biologists know the more diverse an ecosystem, the more resilient and productive. Studies have shown industry is the same; the more diverse the workforce, the higher performing. I only hope this leads to a diversity of land-owners working the land.

Here in New York, Cornell Cooperative Extension provides agricultural education to urban communities. However, a quick look at the staff page reveals of paucity of diversity. Like the land owners of rural America, their pages are almost entirely monochromatic. Sometimes the most inspiring detail for minority children is to see someone who looks like them demonstrate success.

We need a program like Iowa State’s here in Central New York and across the country. We need programs that actively recruit under-represented minorities into the field of agriculture. If we are sincere about providing opportunity and creating a more inclusive society, programs like Iowa State’s is a step in the right direction. Agriculture is in our DNA, from the Dust Bowl to the orange groves of Florida, Tobacco Road to the apple-producing Northwest, the Central Valley of California to the grand expanse of fly-over country.

We have a farming tradition in this nation, a tradition that has dominated by one group for centuries. I, for one, am ready to roll up my sleeves and get my hands dirty. And I bet I am not alone.