A family-owned business throughout its history, Ebony has documented the African-American experience since it first hit newsstands in 1945. 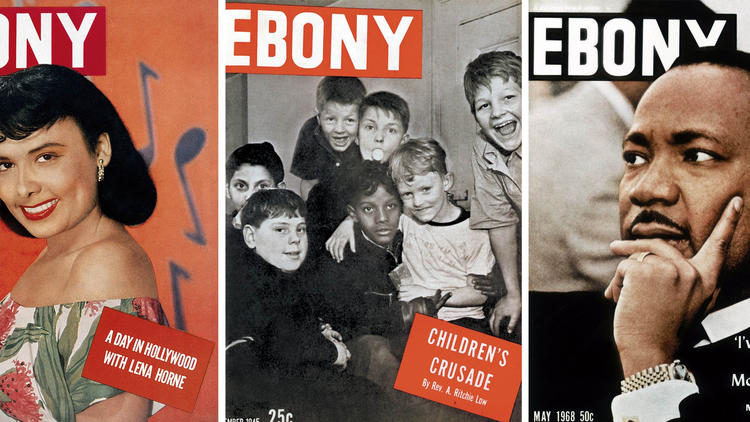 Ebony, a monthly lifestyle magazine targeting African-Americans, was first published in November 1945. Take a look at some of the covers from the magazine’s long history.

After a 71-year run in Chicago, Johnson Publishing is getting out of publishing.

The company said Tuesday it has sold Ebony, its iconic African-American lifestyle magazine, and the now digital-only Jet magazine to Clear View Group, an Austin, Texas-based private equity firm, for an undisclosed amount.

Johnson Publishing will retain its Fashion Fair Cosmetics business and its historic Ebony photo archives, which remains up for sale. The deal, which closed in May, also included the assumption of debt.

A family-owned business throughout its history, Ebony has documented the African-American experience since it first hit newsstands in 1945. It has shaped culture ever since, coming into its own as it reported from the front lines of the civil rights movement during the 1960s in powerful photos and prose.

In recent years, though, Johnson Publishing has seen declining media revenues as it struggled to evolve from print to digital platforms.

Linda Johnson Rice, chairman of Johnson Publishing and daughter of founder John Johnson, will serve as chairman emeritus on the board of the new company.

“This is the next chapter in retaining the legacy that my father, John H. Johnson, built to ensure the celebration of African-Americans,” she said in a statement Tuesday.

The new publishing entity, Ebony Media Operations, will maintain the magazine’s Chicago headquarters and its New York editorial office, as well as much of the current staff, according to Michael Gibson, co-founder and chairman of African-American-owned Clear View Group.

It is the first investment in the publishing business for Clear View.

“We made this purchase because this is an iconic brand — it’s the most-recognized brand in the African-American community,” said Gibson, 59. “We just think this is a great opportunity for us.”

Cheryl McKissack, who has served as chief operating officer since 2013, will assume the role of CEO of the new publishing entity under Clear View, operating out of the magazine’s Chicago office. Kierna Mayo is stepping down as editor-in-chief of Ebony to pursue other opportunities, Gibson said.

Chicago-based Kyra Kyles, who has headed up digital content for Ebony and Jet since last June, will add the role of editor-in-chief of Ebony, Gibson said. 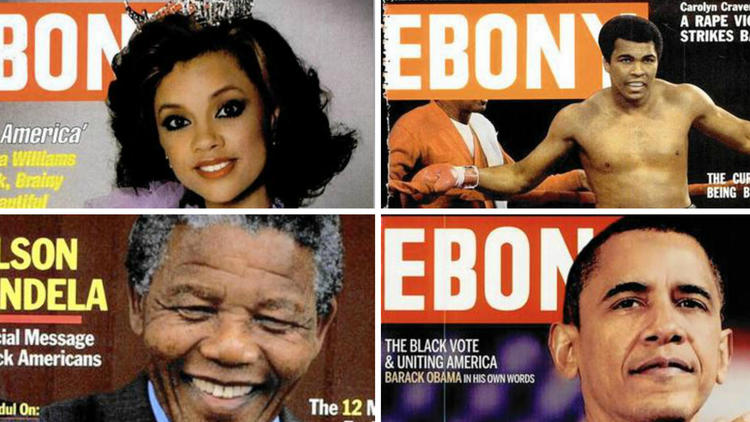 Desiree Rogers, the former social secretary for President Barack Obama who has been steering Johnson Publishing since 2010, will remain CEO, focusing on the cosmetics business, which represents about half of the company’s total revenue.

“The overall strategy of separating these two distinct businesses — media and cosmetics — will ensure that both iconic brands are positioned for future investment and growth,” Rogers said in a statement.

Under Rogers, Johnson Publishing made a number of moves in an effort to shore up finances. Those included taking on a minority partner in 2011, and taking the money-losing weekly digest Jet out of print circulation in 2014.

The collection is still for sale, Rogers said Tuesday.

While the publishing industry continues to face headwinds — year-over-year magazine revenue is down 9 percent through April, according to Standard Media Index — Gibson said Ebony will remain in print for the foreseeable future. At the same time, he recognizes the need to ramp up digital growth.

“There’s a lot of good reasons to keep the print,” Gibson said. “That will always be our anchor. We want to grow the digital platform more consistently with both Ebony and Jet.”

Gibson also sees opportunity in leveraging and expanding Ebony’s events business. But in the end, the greatest asset he acquired was the legacy of a brand, one which he hopes will be influential for years to come.

“It’s a dream come true,” Gibson said. “Growing up, we had Ebony and Jet in our household all along. You knew you made it when you made it to the cover of Ebony or Jet. It is just exciting — I pinch myself every morning.”