Moving on from your job? Better get the goodbyes right

IMDiversity 4 years ago Comments Off on Moving on from your job? Better get the goodbyes right 643

Most executives regret way in which they left old job. Here’s how to avoid their mistakes 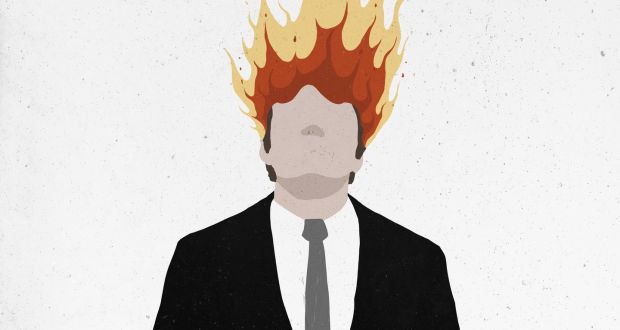 Make sure to think most carefully about the many people your leaving will affect. Photograph: Getty

Senior leaders in Silicon Valley are among the best-educated, most sophisticated and savviest executives you’ll find anywhere. Yet far too many make fundamental mistakes when it comes to leaving their employers.

My firm undertook a national survey of more than 700 senior executives and human resources officers. Only 16 per cent of these senior executives reported that they would have done nothing differently when they last voluntarily resigned.

Here are their top three regrets and how to avoid their mistakes:

Being unprepared to be fired on the spot

You never know how much resentment your departure might evoke, or how harsh the response might be. In the worst-case scenario, you could be fired on the spot and escorted from the building immediately. Don’t be surprised if your resignation turns into a termination.

Nevertheless, if you are going to a competitor, say so. Being less than forthright will only compound the resentment when you’re inevitably found out and get saddled with a reputation for evasiveness.

Tell your current company that you are crystal-clear about your obligations to them and that you have already talked about the issues with your new company. Take every precaution to avoid the suspicion that you might be taking valuable technical data or customer information with you.

The second most frequently cited regret was failing to confidentially rehearse the explanation for departure with a trusted adviser. It’s not just a matter of being tongue-tied. The inability to explain clearly and reasonably to a boss or colleague why you’re leaving can lead to hurt feelings and misunderstandings, and it can open the door to protracted and painful attempts to talk you into staying when your mind is made up.

Before springing your decision on your boss, go first to a trusted adviser to get coaching and another perspective. This critical initial conversation will give you the opportunity to talk through your personal and professional reasons for leaving and how you plan to mitigate the effects on colleagues and the company. It will also give you feedback and an initial reaction to your decision.

Not having a plan for the fallout

The effects of resignation ripple outward from your boss to your colleagues and the company as a whole. Foreseeing all of those effects can be challenging, so it’s not surprising that shortsightedness in that respect was the third most frequently cited regret in our survey.

Avoid at all costs a scattershot approach. You should think carefully about timing, understanding the larger context in which the announcement of your departure will take place. Make sure to think most carefully about the many people your leaving will affect.

With a challenging role ahead, it’s easy to regard your current role as already behind you and to neglect the nuances of a successful departure. Don’t. You might very well regret it.

Kelly Kay is a partner at Heidrick & Struggles