IMDiversity 5 years ago Comments Off on Networking key to professional success: ‘They don’t want robots’ 1.1 K

We all want that dream job—the perfect career that you almost feel guilty getting paid to do it.

But, those jobs don’t come from just filling out applications and sending resumes. This is where networking comes in.

According to entrepreneur.com, networking is “developing and using contacts made in business for purposes beyond the reason for initial contact.”

In other words, networking is creating connections with people in your workforce that can get you to a position to reach the job that you have always wanted.

“Networking allows college students to perfect their soft skills,” said Joey Nescola, a graduate accounting major. “Showing that they can speak and act like a normal human being while being professional appeals to employers of any industry. They don’t want robots, they want someone who can demonstrate how to form relationships and maintain them.”

According to an ongoing survey being conducted by Lou Adler, CEO of Performance-based Hiring Learning Systems, networking outweighs applying for a job by a ratio of 7:1.

This means that 85 percent of job positions that are available are filled with people who networked themselves into that position and not people who traditionally applied.

A Harvard Business Review study at a North American law firm found that, “success depended on their ability to network effectively, and both internally and externally. Those who regarded these activities as distasteful and avoided them had fewer billable hours than their peers”.

This study provides further proof networking not only affects the jobs that become available to you, but the sales and clients you work with while at your job as well.

“Networking is going to help you learn about different career paths, and that will then help gain relevant experience in your career path,” said Michele Ewing, an associate journalism professor.

“Your network is going to be how you will find that job that you really want versus just any job.”

While most seem to think networking is more important based on the major you select, that is not the case at all. Networking is important in almost every industry.

“Networking is beneficial because every job has different majors in it and different components of skill sets that people are learning. So it’s good to get yourself out there,” said Tiffany Stropko, a Kent State graduate and assistant human resources director for Parma City Schools. “Everything today is instant and fast, when I was in school we only had email, and today you have access to everything you need online.”

In an article written by Jaime Tardy on SocialMediExaminer.com, Tardy said, “The usual networking methods still apply, of course: attending conferences, joining or starting mastermind groups and meeting friends of friends. But social media opens a larger sphere of opportunity.”

Social media today is changing the way traditional networking has always been done by creating means of communication to people that you wouldn’t meet at a typical business-networking event.

“Social media has created this opportunity for students and young professionals to create relationships with contacts throughout the year,” Ewing said.

Professors, professionals and even students agree that social media has changed and will continue to change the way networking is established throughout all industries today.

“Social media has changed how networking used to be because it allows future employers and staff to size you up before they even come in contact with you,” Nescola said. “Before, you got your impressions and vibes from meeting someone in person. Now, you can get turned off before they enter the room.” 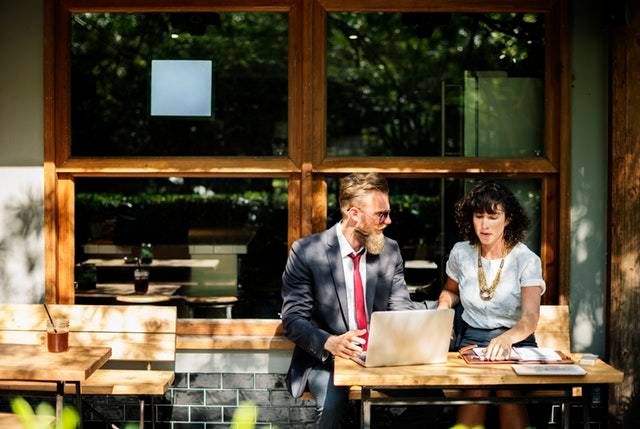 While presence is important in networking, confidence and having the knowledge to back it up is just as important when trying to land a job.

“Do your research before you meet them and make sure you are not just talking to somebody that you know nothing about,” Stropko said.

“When prepping for any type of networking event that involves finding a job you need to research the place(s) you’re going to talk to,” Nescola said. “They want to know if you care enough to take five minutes to look into them. When you show that you have spent the time, that is important to them. That shows that you will do the same when they give you a task.”

Networking not only promotes you as a businessperson, but it also helps build confidence. Confidence, character and knowledge are all three important building blocks for creating a positive networking experience for college students.

In an article from the Huffington Post it was said that, “Networking builds self-awareness by allowing you to develop a verbal presentation of your values, beliefs, and professional experiences. Being able to showcase your skills in less than 30 seconds is crucial not only for forging connections, but for building your confidence as a professional.”

“A good starting point is always LinkedIn, it creates an opportunity to share your expertise,” Ewing said. “You need to think through who is your influencer in your industry, and where are they communicating at. Employers are looking for you to have a point of view about the industry.”

Angela Radesic is the Jobs and Finance reporter.