IMDiversity 5 years ago Comments Off on New Report Shows Major Lack of Representation by Women in the Music Industry 1.7 K

After researching the lack of diversity in Hollywood, the Annenberg Inclusion Initiative, the leading global think tank studying issues of inclusion across entertainment mediums, has set its sights on the music world. The USC Annenberg School for Communication and Journalism division just released its inaugural report on inclusion in popular music and the results reveal that just like in the film and television industry, there is a strong need for more females in the music industry.

The report showed that:

Nine male songwriters were responsible for 1/5 of the songs in the sample.

But by releasing this data, the study authors are hoping to change those facts. “This is our first foray into the music scene and one of many studies to come,” says Leah Fischman, Board Chair, USC Annenberg Inclusion Initiative, who notes that in future years, the initiative will be taking an even deeper dive into the representation of minorities within the music business.

Billboard caught up with the study authors who revealed which statistics shocked them the most and shared their thoughts on how the industry should move forward, given these results. Dr. Stacy L. Smith, Founder/Director, USC Annenberg Inclusion Initiative: Across six years in the pop charts, females only account for 22% of all artists. And 2017 was a six-year low. This is under what we see in terms of characters in films, substantially under what we see in television. Folks might think that women are actually thriving in music but the data counters that particular way of thinking.

We found that only 12% of songwriters were women. We also looked at each unique person and their contribution to the sample of 600 songs and found that there are nine male songwriters that account for almost 1/5 of all of the songs in the sample. And giving that much influence of nine males to roughly 1/5 of the work product in the music space was surprising to me. Why is it that nine men are really setting that agenda for cultural consumption? That their ideas about culture, relationships, and experiences are being communicated in these songs?

Only 2% of all producers are women but more importantly this is a ratio of 49 males to every one female. And across 300 songs, only two female producers of color appear across the sample.

For me, these three findings really punctuate that there is a lot of work to be done, not only on the artistic side but in regards to who is getting access to content creation as songwriters and producers of content. 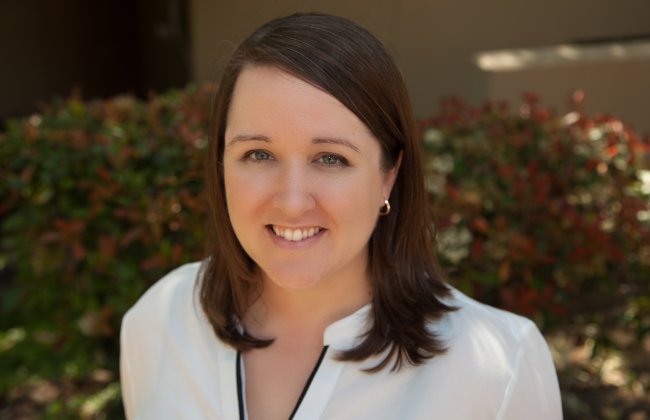 Dr. Kate Pieper, Research Scientist, USC Annenberg Inclusion Initiative: Perceptions of leadership can influence who is considered for senior creative positions. Given the significance of the producer role, artists and executives may hold a cognitive bias of producers that pulls male. Similar to our finding that when the film industry thinks director, they think male, we are proposing that the same bias may hold true for producers. We look forward to further investigations to qualitatively investigate the mental framework that individuals in the music space have of producers.

Dr. Smith: If there is a very salient prototype of what a music producer is and that prototype pulls male, then women are going to have a very hard time being taken seriously both in the consideration process, the interviewing process, and the producing process. So it becomes really important to understand the ways in which artists and executives are thinking about producers and if that perception is biased and ways in which that can be countered.

Dr. Pieper: We look forward to further investigations to qualitatively investigate the mental framework that individuals in the music space have of producers.

What actions should the industry take, given these findings?

Dr. Smith: I think the first step to take is really a sober look at the data and how it’s consistent with current thinking about the music industry, who is being signed, who is being promoted. The industry needs to think about the steps towards more inclusive practices from a business perspective and in the recording studio to ensure that talent has every opportunity to be seen and heard and that there are not biases based on gender and racial or ethnic identity. What we’re hoping to do is use this data as a basis for a series of qualitative follow up investigations where we actually take a deep dive, we talk to executives, we talk to producers, we talk to songwriters about the impediments or biases that might face different groups with getting into the industry or having career sustainability within the industry.

We would also be encouraged to see consumers taking action based on these findings – letting companies and artists know that females writing songs matter, posting and tweeting and asking who artists are working with when it comes to crafting songs and who are they asking for when it comes to being in the recording studio, starting to create that national conversation so that young women and young people of color are aware of inequalities that are going on and so they can be part of the solution.

Is the music business doing anything right when it comes to inclusion of females and minorities?

Dr. Smith: Overall, 42% of all artists are from underrepresented racial/ethnic groups. This is above U.S. Census and a pattern we have not seen in our previous reports when looking across film and television. The music industry seems to be leading within the entertainment space when it comes to inclusion of racial and ethnic diversity of artists. Perhaps most notably, a full 50% or more of female artists are underrepresented in 2016 and 2017 on the top Billboard year-end charts. This is not a pattern we see in other forms of entertainment media and something the music industry is getting right. For example, only three women of color were leads or co-leads across the top 100 films in 2016. Film can take a note from music’s playbook on how to ensure that all forms of talent are seen and heard.

How does what’s happening in music compare to the current movement for diversity in Hollywood?

There’s a lot of talk about putting women behind the camera in Hollywood and there’s really no action. Those numbers for film haven’t changed in over a decade for directors, writers or producers. The thing that we are most excited about is we see music as a targeted opportunity to change the whole conversation about inclusion in entertainment. If you look to the findings on underrepresented racial or ethnic groups, fully half of the female artists over the last couple of years are women of color. And I think that this can really send a signal to film and television about what sells, what audiences desire and consume, and it stands in direct contrast to what we see on screen in those other platforms.

Our other work, particularly in film, suggests that when you have a female behind the camera, you have more females on screen, more females in the lead, more racial and ethnic diversity, more women over 40, they are hiring more women behind the camera. We would suspect that the same thing would be operating in the music space as well. We start to see evidence of that in this investigation, that women are advocating for other women.