IMDiversity 6 years ago Comments Off on Obama sets tone at United State of Women and renews call for equality 1.2 K 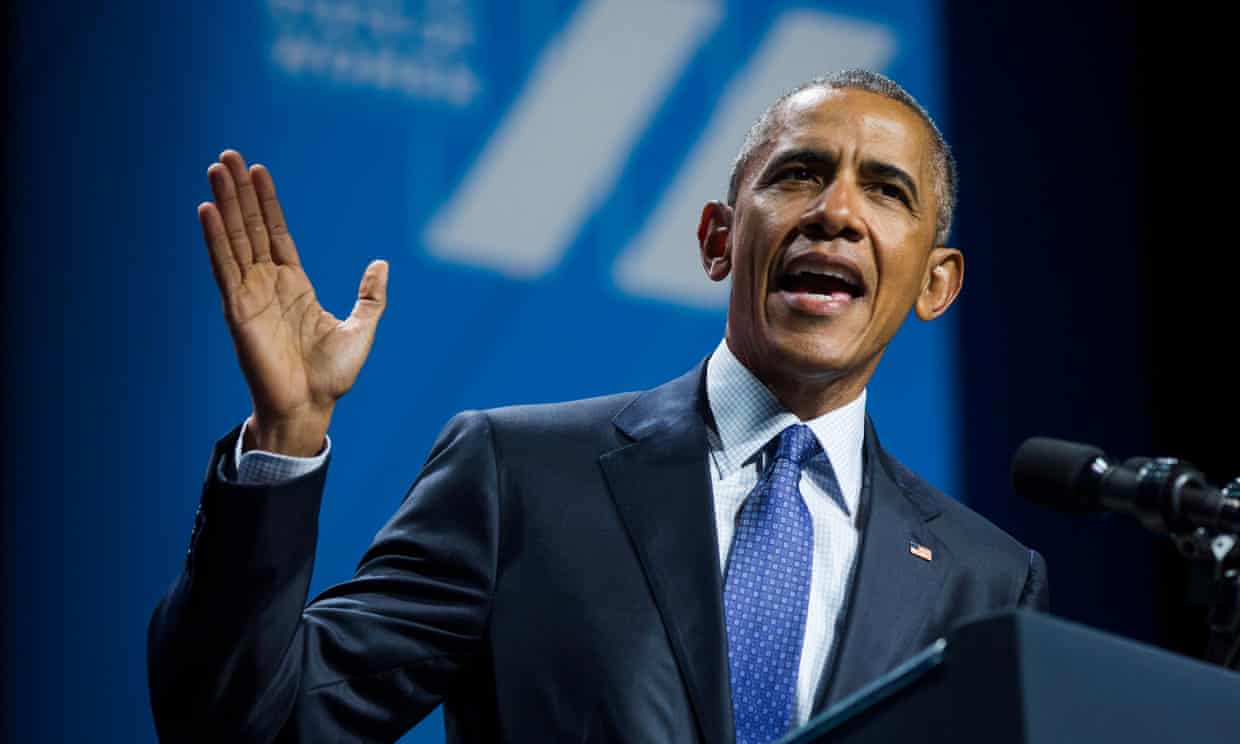 Barack Obama: ‘I may be a little grayer than I was eight years ago, but this is what a feminist looks like.’ Photograph: Jim Lo Scalzo/EPA

Barack Obama on Tuesday delivered an impassioned plea for gender equality, calling on American society to change a culture that continues to impose double standards upon women and girls.

Addressing the inaugural  United State of Women Summit, a daylong conference organized by the White House, Obama set the tone moments after taking the podium.

“I may be a little grayer than I was eight years ago, but this is what a feminist looks like,” Obama said, prompting cheers from the crowd of roughly 5,000.

The president proceeded to pay tribute to the contributions of women throughout history and gains made under his administration to advance women’s issues at the federal level. The first bill Obama signed into law, he recalled, was equal pay legislation known as the Lilly Ledbetter Fair Pay Act.

But progress “is not inevitable”, Obama said, before laying out an agenda – which thus far enjoys support mostly among Democrats – targeted to improving the lives of women.

The president renewed his call for policies to address equal pay for equal work, paid family and sick leave, affordable child care and raising the minimum wage. He also decried the absence of paid maternity and paternity leave, arguing that such gaps undermined the credibility of standards of living in America.

“If we were truly a nation of family values, we wouldn’t put up with the fact that a woman cannot even get a day off to give birth,” Obama said.

Many of the proposals the president outlined have been stymied by Republicans in Congress, who have countered that they would do harm to the businesses. Conservatives have portrayed Obama’s agenda as rooted in a “big government” philosophy, a characterization the president refuted in his remarks.

“This is not about big government, or expanding some fictional welfare-and-food-stamp state, the 47% mooching off the government,” Obama said, the latter a reference to the controversial remarks that helped sink Mitt Romney’s presidential aspirations in 2012. “It is accounting for the realities of how people live now, today – the necessities of a 21st-century economy.”

“Household and work arrangements come in all shapes and all combinations, and yet, our workplace policies still look like they’re straight out of Mad Men.”

The president used the opportunity to highlight steps taken by his administration to expand women’s rights, pointing for example to an initiative with 28 major companies to move toward pay equity dubbed the Equal Pay Pledge. Obama has also taken executive action to enact his proposals on family leave and the minimum, even if limited in their scope to impact only federal employees and contractors.

The onus to do more would be on the next president, Obama said, in a speech that also included praise for his desired successor.

Leadership had been defined by people like Hillary Clinton, he said, “who’ve raised the expectations of our daughters and our sons for what is possible.”

While his tone was mostly cheerful, Obama was at times fervid in his delivery – particularly while calling for a cultural shift in the way gender norms have been defined by society.

Quoting Shirley Chisholm, the pioneering African American politician who became the first US woman to run for president as a major party candidate, Obama said: “The emotional, sexual, and psychological stereotyping of females begin when the doctor says, ‘It’s a girl.’”

“We need to keep changing the attitude that raises our girls to be demure, and our boys to be assertive,” Obama said.

He also declared gender equality to be a national security issue and foreign policy priority, emphasizing the need to not just end gender-based violence overseas but also for America to stand up as a global leader.

The president showed occasional tinges of emotion when dwelling upon his own household, as the father of two daughters. Malia Obama, the elder of the two, graduated from high school last week – an experience Obama conceded brought him to tears, but also served as a reminder of the hope provided by the next generation.

“They think discrimination is for losers. They think it’s weird that we haven’t already had a woman president,” Obama said. “They expect the world to catch up to them.”