and supported by the National Medical Association 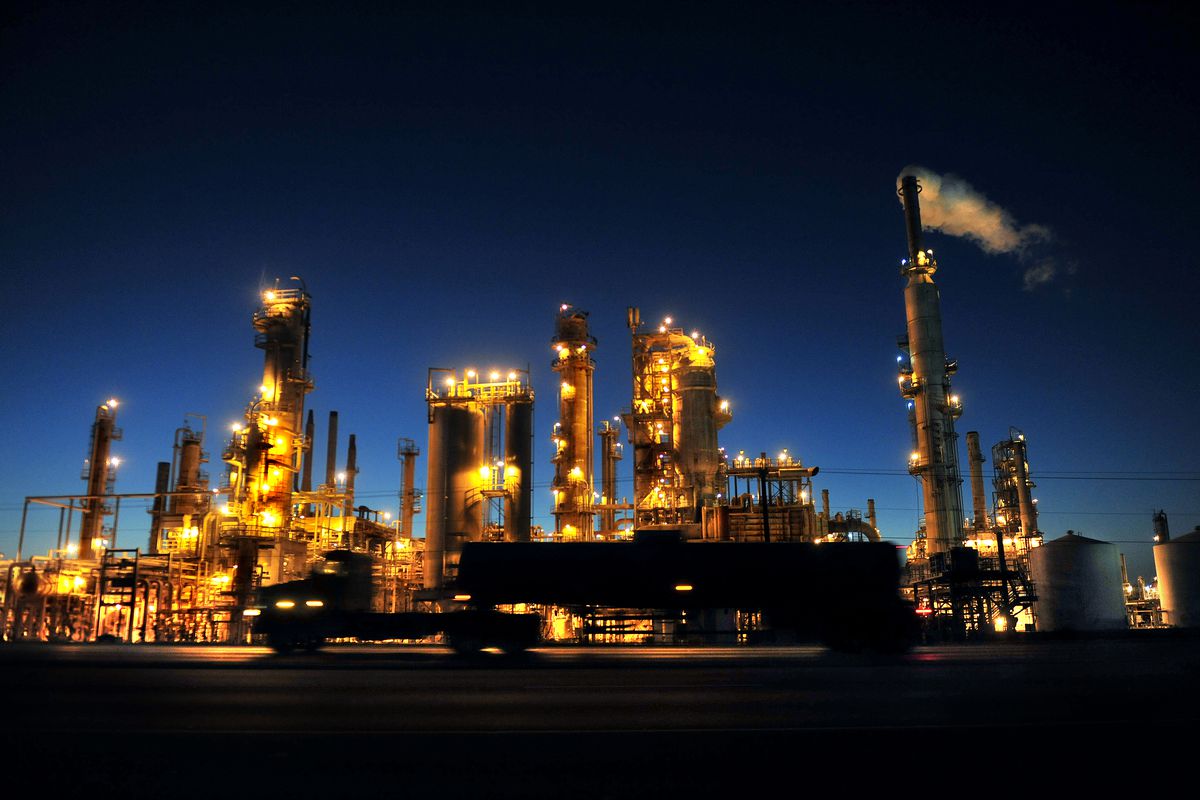 The Valero Three Rivers Refinery near San Antonio, Texas. According to the new Fumes Across the Fence report, 10 percent of the African-American population in Texas lives within a half-mile of an oil and gas facility. Michael S. Williamson/The Washington Post via Getty Images

The study, Fumes Across the Fence-Line: The Health Impacts of Air Pollution from Oil and Gas Facilities on African American Communities, is being launched today at a briefing at the National Press Club by NAACP and CATF, and supported by the National Medical Association (NMA).

Key findings of the study are:

These “fence-line” communities, or communities where oil and natural gas refineries are placed near the property lines or fences of African American and low-income people, are the focus of the groundbreaking study, providing data on the environmental racism that activists have been fighting for decades.

“Energy companies often deny responsibility for the disproportionate impact of polluting facilities on lower-income communities and communities of color,” said Kathy Egland, NAACP’s Environmental and Climate Justice Committee Board Chair. “It is claimed that in most cases the potentially toxic facilities were built first and communities knowingly developed around them. However, studies of such areas show that industrial polluting facilities and sites have frequently been built in transitional neighborhoods, where the demographics have shifted from wealthier white residents to lower-income people of color. Polluting facilities also reduce nearby property values, making them more affordable areas to live in for people who do not have the means to live elsewhere.”

“Studies of air pollution from the oil and gas industry have revealed emissions throughout the entire supply chain, from the wellhead to the consumer, with deleterious effects on communities around the country,” said Lesley Fleischman, Research Analyst for Clean Air Task Force and co-author of the study.  “However, we’ve found that fence-line communities, including many African Americans, are suffering especially serious health consequences as a result of these emissions.”

The health impacts from the oil and natural gas supply chain described in Fumes Across the Fence-Line are based on data and analysis that were first quantified in two recent reports published by CATF.  First, Fossil Fumes examined how air toxins are linked to increased risk of cancer and respiratory disorders in dozens of counties that exceed EPA’s level of concern.  And Gasping for Breath, also published in 2016, estimated the health impacts from ozone smog caused by emissions from the oil and gas industry.

Fumes Across the Fence-Line also uses the Oil and Gas Threat Map, developed by Earthworks and FracTracker Alliance, to illustrate the threats faced by people across the nation from pollution from the oil and gas industry.  The map shows the locations of the 1.2 million oil and gas facilities operating around the country, as well as the populations, schools, and hospitals within a half-mile radius of those facilities.

The largest African American populations living in areas with cancer risk above EPA’s level of concern are found in Texas and Louisiana, with close to 900,000 individuals at risk in those two states alone. Some of the largest African American populations at risk for childhood asthma attacks due to ozone smog resulting from oil and gas facilities are located in Houston and Dallas. However, since pollutants can drift for hundreds or even thousands of miles before forming ozone smog, African American communities as far as Chicago, Washington, DC, and New York City each face thousands of childhood asthma attacks each year due to oil and gas pollution. In addition, the report found that three states – Texas, Ohio and California, closely followed by Louisiana, Pennsylvania and Oklahoma – have the largest share of African American citizens living within the half-mile “threat zone.”

“The effects of oil and gas pollution are disproportionately afflicting African Americans, particularly cancer and respiratory issues, and the trend is only increasing,” said Dr. Doris Browne, NMA President.  “Our membership is seeing far too many patients in communities of color suffering from these diseases. It is our goal to fight to reverse this dangerous trend.”

The EPA  in 2016 took a welcome step in finalizing strong standards for methane and ozone smog-forming volatile organic compounds (VOCs) covering new and modified oil and gas facilities.  Doing so would  have the additional benefit of cleaning up other pollutants including air toxics such as benzene, formaldehyde and sulfur dioxide.  It also began to  address the 1.2 million existing sources of methane and other airborne pollutants, which  spew out millions of tons of pollutants without any controls.  However, the Trump Administration has targeted  these protections and those governing methane emissions on public lands.  These rollbacks are currently being challenged in courts across the country.

“What this Administration is discovering as it attempts to undo vital health and environmental protections is that these sensible standards cannot simply be wished away, only to the benefit of the oil and gas industry,” said Sarah Uhl, Program Director, Short-Lived Climate Pollutants, for Clean Air Task Force.  “Not only do we have the law on our side, we also have the medical and scientific communities who will help ensure that our air, and our health, particularly in fence-line communities, are protected to the full extent of the law.”

To find the full study, please visit the CATF and the NAACP.

Founded in 1909, the NAACP is the nation’s oldest and largest nonpartisan civil rights organization. Its members throughout the United States and the world are the premier advocates for civil rights in their communities. You can read more about the NAACP’s work and our six “Game Changer” issue areas by visiting www.naacp.org.

Clean Air Task Force is a nonprofit environmental organization with offices across the U.S. CATF works to help safeguard against the worst impacts of climate change by catalyzing the rapid global development and deployment of low carbon energy and other climate-protecting technologies through research and analysis, public advocacy leadership, and partnership with the private sector. For more information, please visit www.catf.us.

Formed in 1895, the National Medical Association (NMA) is the oldest and largest non-profit national professional, educational, and scientific organization representing the interests of African American physicians and the patients they serve. While throughout its history the NMA has focused primarily on health issues related to African Americans and medically underserved populations, its principles, goals, initiatives, and philosophy encompass all sectors of the population. The NMA is a leading force for parity in medicine, elimination of health disparities, and promotion of optimal health. To learn more about the NMA visit www.nmanet.org.