Artificial intelligence threatens the future of capitalism, according to Pew Study

IMDiversity 5 years ago Comments Off on Artificial intelligence threatens the future of capitalism, according to Pew Study 1.9 K 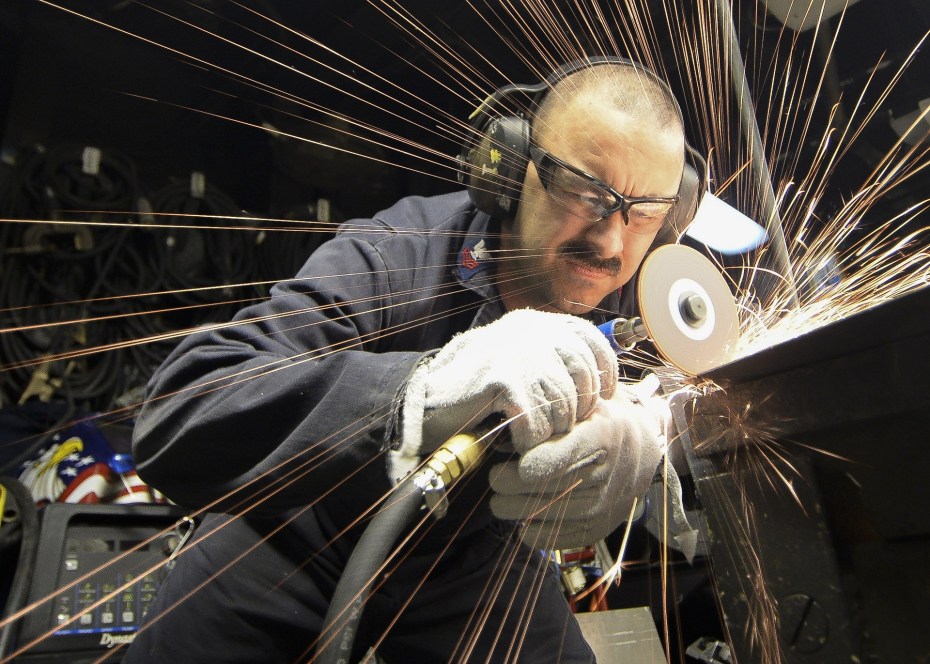 A Pew Research Foundation study examining the future of work and job training found a belief among some experts that artificial intelligence and automation threaten not just millions of jobs, but also the future of capitalism.

Released Wednesday, the non-scientific study titled “The Future of Jobs and Jobs Training” is the seventh in an eight-part “Future of the Internet” study being conducted by the Pew Research Center and Elon University. More than 1,400 AI researchers, tech experts, professors, startup CEOs, and members of the general public responded to the survey.

Respondents include leaders from companies like Google and Microsoft and educators from MIT, Harvard, and other universities, as well as a mix of other people interested in AI and the future of work. Tech experts include computer scientists and AI researchers but also people from internet governance groups, futurists, and startup founders.

“People will create the jobs of the future, not simply train for them, and technology is already central,” said a Microsoft principal researcher. “It will undoubtedly play a greater role in the years ahead.”

Not everyone was so optimistic. Several respondents questioned the point of training for a job that won’t exist at all in the future.

“While the first three themes found among the responses to this canvassing were mostly hopeful about advances in education and training for 21st-century jobs, a large share of responses from top experts reflect a significant degree of pessimism for various reasons. Some even say the future of jobs for humans is so baleful that capitalism may fail as an economic system,” the Pew report reads.

The report states that most of the people who commented on capitalism in the survey chose to remain anonymous, but a few put their names to their thoughts.

For example, Mike Warot, a machinist at Allied Gear, said, “We’re going to have to end up with a Basic Income, or revolution.”

Miles Fidelman is a systems architect and policy analyst at the Protocol Technologies Group.

“The trend is pretty clear. We will need less ‘workers’ in the future,” he said. “For a long time, science fiction presented us with visions of a world where machines did all the work and people enjoyed leisure, artistic pursuits, etc. These days, a more dystopian reality is emerging — where a few party, a few more do a lot of work, and growing numbers search for work. We’re going to need a fundamental reshaping of our economy, not training people for jobs that are simply not going to be there.”

Training for jobs of the future

A primary question in the survey was “In the next 10 years, do you think we will see the emergence of new educational and training programs that can successfully train large numbers of workers in the skills they will need to perform the jobs of the future?”

About 70 percent of survey participants said they believe education and training programs will successfully prepare people for jobs of the future, but many respondents also believe education will not be sufficient to meet people’s needs within the next decade, as automation and AI are expected to claim more human jobs.

Respondents were also asked things like “What skills will future workers need?” and “Which skills can and cannot be taught online?”

A mid-2015 Pew Research survey found that about two-thirds of U.S. citizens believe that within 50 years robots and automation will do the majority of the work done by humans today, though 80 percent of respondents said they expected their job to exist in the same period of time.

Essential skills in the age of AI

The ability to adapt was seen by survey respondents as one of the most important skills for the future.

“Interestingly, being able to adapt and respond to looming challenges was seen by nearly everyone in this canvassing as one of the most highly prized future capabilities; these respondents especially agree that it is important, and they say that our human institutions — government, business, education — are not adapting efficiently and are letting us down,” the Pew study found. “Many of them say that current K-12 or K-16 education programs are incapable of making adjustments within the next decade to serve the shifting needs of future jobs markets.”

Barry Chudakov, founder and principal at Sertain Research and StreamFuzion Corp, thinks that in the coming years people in search of jobs will redefine what it means to be a student, particularly as more digital education providers emerge.

“The key to education in the next 10 years will be the understanding that we now live in a world without walls — and so the walls of the school (physical and conceptual) need to shatter and never go up again. In the (hopefully near) future, we will not segregate schooling from work and real-world thinking and development. They will seamlessly weave into a braid of learning, realization, exposure, hands-on experience and integration into students’ own lives,” he said.

Respondents emphasized that in the coming decades there will be a need to learn not just how to code but also develop soft skills like interpersonal communication. Webby Awards founder Tiffany Shlain said she thinks people need curiosity, creativity, initiative, multi-disciplinary thinking, and empathy. Other skills referenced include critical thinking, community building, teamwork, and conflict resolution.

Devin Fidler, a research director at the Institute for the Future, predicted that as automation and machine learning continue to get better, uniquely human skills will increase in value.

“There will be an increasing economic incentive to develop mass training that better unlocks this value,” he said.

Fidler’s sentiment was echoed by Susan Price, a digital architect at Continuum Analytics.

“Increasingly, machines will perform tasks they are better suited to perform than humans, such as computation, data analysis and logic,” Price said. “Functions requiring emotional intelligence, empathy, compassion, and creative judgment and discernment will expand and be increasingly valued in our culture.”

Whether respondents agreed that workers are being trained for the jobs of the future or not, many expressed concern about the ability to reach these training goals in time to prepare workers for those jobs. A key concern was that jobs will change so quickly that training won’t be able to keep up. Insufficient interest in retraining on the part of workers and a lack of political will to pursue the agenda were also cited.

“I have complete faith in the ability to identify job gaps and develop educational tools to address those gaps,” said founder of Data & Society Danah Boyd. “I have zero confidence in us having the political will to address the socio-economic factors that are underpinning skill training.”

Boyd added that companies don’t pay enough for retraining and governments lack the ability to tax companies “at the level needed for public investment in reskilling.”

“What’s at stake are not simply skills gaps — it’s about how we want to architect labor, benefits and social safety nets. And right now, we talk about needing to increase skills, but that’s not what employers care about. It just sounds nice. When computer science graduates from CUNY and Howard University can’t get a job, what’s at stake is not skills training.”

AI and automation are increasing at the same time that more Americans than ever — seven in 10 high school graduates — are expected to attend college.

Baratunde Thurston, a director’s fellow at MIT Media Lab, said he thinks the rapid changes mean education must extend beyond the four-year university degree. From the Pew report:

“We are creating a system of on-demand labor akin to ‘cloud-based labor’ where companies ‘provision’ labor resources at will and release them at will, not by the year or month but by the job, labor unit, or small time unit, including minutes,” he said. “This of course is a terrible, soulless, insecure life for the workers, but since when did that really change anything? There will also be a parallel call for benefits, professional development, and compensation that smooths out the rough patches in this on-demand labor life, but such efforts will lag behind the exploitation of said labor because big business has more resources and big tech moves too fast for human-scale responses of accountability and responsibility. To quote Donald Trump, ‘Sad!’”

Fog Creek Software founder Anil Dash said certifications from a broader range of educational institutions are called for, but he predicted that the same biases that shape education today may still get in the way.

“These credentials will start to become widespread, but acceptance and quality of the training programs will map to the existing systemic biases that inform current educational and career programs,” Dash said.

Mike Roberts was the first president and CEO of the Internet Corporation for Assigned Names and Numbers (ICANN), a nonprofit responsible for the management of internet domain names. He sees much turmoil on the way but believes that massive open online courses (MOOCs) will improve with time. Many respondents also said they believe that AR, VR, and AI will play a role in improving education for job training in the future.

Most agreed that higher education institutions are going to be challenged as a shifting job and tech landscape changes the definition of education.

“The path forward for society as a whole is strewn with obstacles of self-interest, ignorance, flawed economics, etc. If one believes in ‘the singularity‘, it doesn’t matter, because human-machine symbiosis will bury the problem!” Roberts said.