Searching for diversity in Silicon Valley tech firms – and finding some

IMDiversity 4 years ago Comments Off on Searching for diversity in Silicon Valley tech firms – and finding some 1.1 K

Silicon Valley technology firms have had serious problems with demographic diversity, including accusations of hostile climates toward women and minority employees. A new analysis of company-level employment data I helped conduct finds, however, that some firms seem to have figured out how to create more diverse workplaces. 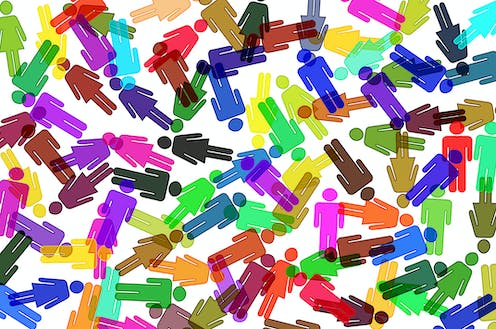 Many voices mean many viewpoints. (nito/Shutterstock.com)

A 2016 report from the U.S. Equal Opportunity Employment Commission, for example, concluded that the technology industry has a problemrecruiting and retaining women of all races, as well as black and Hispanic men. And a 2017 report documented that while people of Asian descent were a large proportion of technology workers, their representation in management and executive positions lagged behind that of white men and white women. That suggested a glass ceiling prevented Asian workers from moving up corporate ladders.

Recent research from the University of Massachusetts–Amherst’s Center for Employment Equity, where I am the director, analyzed employment data for the 177 largest Silicon Valley technology firms; included in the sampling frame were headline-making firms such as Airbnb, Cisco, Facebook, Google and Uber. We confirmed that there is a diversity problem in Silicon Valley, although we also found firms that are doing better than their peers.

There are two common explanations offered for the technology industry’s diversity problem. The first is that there are relatively few diverse applicants in educational and professional pipelines.

The second reason, observed by industry critics, is that technology firms aren’t welcoming for anyone other than white men. For instance, two-thirds of all women and three-quarters of black women in the industry reported having to prove themselves over and over again to managers and co-workers. Additionally, most women reported backlash from co-workers and managers when they did not conform to female stereotypes. Further, a recent report on people who leave tech firms shows that unfair, disrespectful and stereotype-infused treatment is widespread and an expensive source of female and minority turnover for technology firms.

Both explanations suggest that the problems are the same for every firm. That seemed improbable to us: Companies differ in many ways, and we reasoned that this must be the case in managing diversity as well.

In our study we looked at employee data firms supplied to the federal government about the gender and ethnic backgrounds of people working at different levels throughout the company, from entry level to top executive. We focused on the 177 largest firms in the region, but also developed a comparison to 1,277 smaller Silicon Valley-area tech workplaces.

What we found confirmed our suspicions that each company is different – despite the overall diversity problem in large Silicon Valley technology firms. In most of the top 177 firms we analyzed, there were few women in technical jobs and even fewer in top executive positions. Black and Hispanic men and women were rare, and were nearly entirely absent from managerial and executive jobs. Asian men and women were common in technical jobs, but rare in leadership positions.

These largest firms have more black men and women than the 1,277 smaller firms – but fewer Asian men and women, and more white men.

We got access to the data by agreeing not to identify the names of the firms in our research. However, journalists at Reveal recently reported the numbers for the handful of Silicon Valley firms that have publicly released their employment counts. In that report, top gender-diversity performers include 23andMe, PayPal, Intuit and Airbnb. Nvidia, a firm that’s growing quickly in the fields of artificial intelligence, gaming, visualization and data centers, is among the very lowest in terms of gender diversity. Cloud data company Netapp looked better than most of its competitors in terms of employing African-Americans and Hispanics. Women of color are rare in all firms, but Lyft, Google and Square did not have any women of color in their executive ranks at all.

In our data we examined whether the race and gender of leaders influenced diversity. Mostly we found that they did not. However, companies with more white men in executive positions tended to have fewer Asians in professional jobs. More promisingly, when there are more white women managers, companies tend to employ more black and Hispanic women in professional positions.

Evidence from other studies suggests that the main reason behind differences in diversity is whether leaders – regardless of their own demographic group – prioritize the recruitment and retention of a diverse workforce.

Employment diversity problems are complex. But their solutions need not be. All of these 177 large technology firms develop innovative products, compete in dynamic global product markets, hire in competitive labor markets and are rapidly transforming societies around the globe. Our research shows that some of these firms are also able to hire diverse groups of employees – and raises the question why others are not. 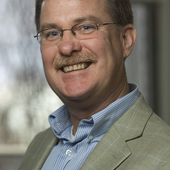