Sexual harassment is rife in the sciences, finds landmark US study

IMDiversity 4 years ago Comments Off on Sexual harassment is rife in the sciences, finds landmark US study 1.1 K

Existing policies to address the issue are ineffective, concludes a long-awaited report from the National Academies of Sciences, Engineering, and Medicine.

Sexual harassment is pervasive throughout academic science in the United States, driving talented researchers out of the field and harming others’ careers, finds a report from the US National Academies of Sciences, Engineering, and Medicine in Washington DC. The analysis concludes that policies to fight the problem are ineffective because they are set up to protect institutions, not victims — and that universities, funding agencies, scientific societies and other organizations must take stronger action.

“The cumulative effect of sexual harassment is extremely damaging,” says Paula Johnson, president of Wellesley College in Massachusetts and co-chair of the committee that wrote the report. “It’s critical to move beyond the notion of legal compliance to really addressing culture.” The report, released on 12 June, is the most comprehensive study yet on the extent of harassment in the sciences. It comes in the wake of the #MeToo movement against sexual assault and harassment, and as the US national academies are grappling with whether to impose sanctions against members accused of harassment.

Notably, the report finds that the main mechanism for reporting sexual harassment on US campuses — Title IX, the federal law enacted in 1972 that outlaws discrimination on the basis of gender — has not reduced the incidence of sexual harassment. Institutions can find ways to comply with Title IX that avoid liability but don’t actually prevent harassment, says Asmeret Asefaw Berhe, a biogeochemist at the University of California, Merced. She is part of a national team working to train bystanders to intervene when they witness harassment, aiming to better prevent it.

The report’s many recommendations include: that research institutions should act to reduce the power differential between students and faculty members, perhaps by introducing group-based advising; that the government should prohibit confidentiality in settlement agreements, so that harassers cannot switch jobs without their new employer knowing about past behaviour; and that research organizations should treat sexual harassment at least as seriously as research misconduct.

“This is an incredibly comprehensive and ambitious report,” says Anna Bull, a sociologist at the University of Portsmouth, UK, and co-founder of The 1752 Group, which works to end harassment in academia. “They get beyond the ‘one bad apple’ approach and look at the culture that enables that one bad apple.”

The most common type of sexual harassment is gender harassment, the report finds. Such behaviour conveys the impression that women do not belong in the workplace or do not merit respect — “the put-downs as opposed to the come-ons”, Johnson says. These actions might seem minor but can seriously affect the person targeted. She says that they also set the stage for the other types of sexual harassment: unwanted sexual attention and sexual coercion.

All three varieties of sexual harassment are illegal in the United States when they interfere with a person’s work environment, yet all are common in science, engineering and medicine. Previous research has shown that the prevalence of sexual harassment in US academia, at 58%, is second only to the military’s 69%, and outpaces that of industry and government1. Women of colour experience particularly high rates of harassment2, as do people from sexual- and gender-minority groups3,4. 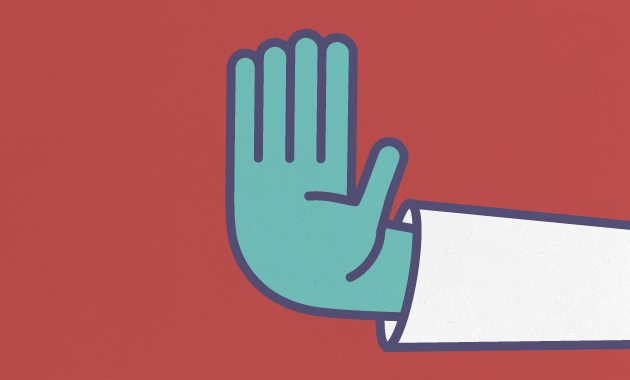 Men in academia also experience sexual harassment, although at lower rates than women; one study published in 2016 found that female graduate students at a public university in the US Pacific Northwest were 1.64 times more likely than male graduate students to have been sexually harassed by faculty members or staff3.

To build on those earlier studies, the academies’ committee commissioned an analysis that found that 20% of female science students at the University of Texas’s campuses reported being sexually harassed by faculty members or staff there. A similar survey of the Pennsylvania State University system concluded that 43% of graduate students experienced harassment.

All types of harassment, including gender harassment, can prove corrosive to scientists’ career development, according to interviews of 40 women faculty members conducted for the new report. One woman who had been raped by a colleague gave up research; another, who had been verbally berated by her dean, felt the experience derailed her from ever becoming a full professor.

“It’s not okay to treat your co-workers like dirt,” says Kathryn Clancy, a biological anthropologist at the University of Illinois at Urbana-Champaign and a member of the report committee. But university leaders often minimized or ignored the harassing behaviour, survey participants reported, especially when it involved higher-ranking faculty members who were perceived as stars in their department.

An institution’s workplace climate is by far the greatest predictor of sexual harassment, the academies’ report says. Title IX and related laws are a good start, says Clancy, but universities need to embrace other methods of addressing sexual harassment. These include ways for victims to report incidents without being re-traumatized or subject to retaliation.

“Many targets of harassment are women and minorities in vulnerable positions,” says Akiko Iwasaki, an immunologist at Yale University in New Haven, Connecticut. “If they feel like their careers rely on future recommendation letters from the harassers, they are less likely to want to come forward.” One possible solution mentioned in the academies’ analysis is an online reporting tool called Callisto, now available at 13 US universities. It allows people to file complaints securely and confidentially, and gives users the option to escalate a report only if another person names the same perpetrator.

Clancy also points to Britain’s Athena SWAN (Scientific Women’s Academic Network) programme, which grants bronze, silver or gold awards to institutions and departments on the basis of how well they meet gender-equity and -diversity goals. At least one UK funding agency requires institutions that receive its grant money to obtain an Athena SWAN certification. In the United States, the American Association for the Advancement of Science aims to institute similar awards through a new programme called SEA Change.

However strong the recommendations in the academies’ report, it is still up to universities to interpret them, says Jessica Cantlon, a cognitive neuroscientist who is in the process of leaving the University of Rochester in New York. There, she was part of a group of faculty members who sued university leadership over its handling of sexual-harassment allegations against a researcher in her department; the case is ongoing. “We are still waiting for tangible changes at our university, despite having voiced similar recommendations over two years ago in the wake of multiple student complaints about sexual harassment by a faculty member,” she says.

The report comes as the national academies are facing controversy over their policies related to harassment. In early May, neuroscientist BethAnn McLaughlin of Vanderbilt University in Nashville, Tennessee, launched a petition requesting that the National Academy of Sciences expel people who have been sanctioned for sexual harassment, retaliation or assault. More than 3,500 people have signed it.

National Academy of Sciences president Marcia McNutt says the group’s governing council will consider proposed changes at its next meeting in August. “This is something we have to take seriously as an organization,” she says. But, she adds, the academy would probably not initiate its own investigation of a member — instead referring any complaints that it receives to the leadership of that person’s university. “One is ongoing right now,” she says. “No, I won’t tell you who it is.”