Women and underrepresented minorities in STEM fields are more likely to advance professionally, publish more research and secure postdoctoral and faculty positions if their institutional culture is welcoming and sets clear expectations, according to a study of hundreds of Ph.D. students at four top-tier California research universities.

The findings, published today in the journal PLOS ONE, suggest that doctoral scholars in STEM fields are more likely to publish if enrolled in well-structured graduate programs that lay out clear, unbiased expectations for assessing students and supporting their careers.

“Our study strongly indicates that the onus should not fall on minority students to make changes to succeed in STEM settings,” said study lead author Aaron Fisher, an assistant professor of psychology at UC Berkeley. “Institutional changes that make students feel welcome and provide clear guidelines and standards for performance are optimal ways to ensure the success of all students.” Between them, UC Berkeley, UCLA, Stanford and Caltech produce an estimated 10 percent of the nation’s underrepresented minority Ph.D. students in science and engineering.

The interventions identified in the study are especially relevant to the success of black graduate students, who are publishing at lower rates than their peers, Fisher said.

While white, Asian and underrepresented minority males and females in STEM fields recruited for the study at the four campuses were found to have published at roughly equivalent rates, black graduate students were nearly three times less likely to have published a paper in an academic journal.

However, when accounting for black students’ perceptions of departmental structure and sense of preparedness and belonging, the statistical model used in the study shows that this racial disparity is due in large part to negative experiences associated with being a minority in otherwise white settings.

“African Americans have been communicating for decades about the difficulties and discomforts of being black in white-majority settings, and our data represent a clear example of empirical support for that narrative,” Fisher said. “It’s not so much that being black results in fewer publications, but that the experience of being black in a university setting presents challenges and obstacles that white students are either not facing, or facing to a lesser degree.” 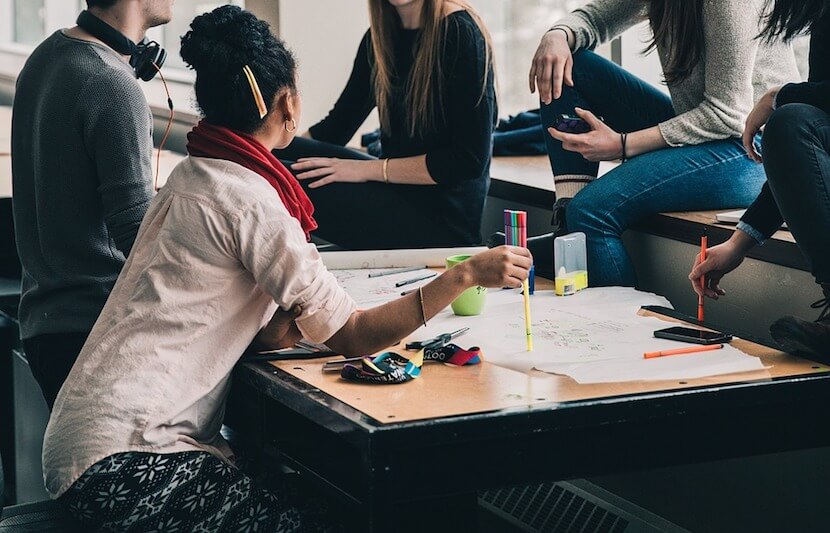 Each California institution in the study has made commitments to recruit, retain and advance underrepresented minority students in STEM fields.

The study was conducted through the UC Berkeley-led California Alliance of Graduate Education and the Professoriate, a partnership of UC Berkeley, UCLA, Stanford and Caltech that seeks to boost the ranks of underrepresented minorities in STEM fields at research universities and national laboratories.

Previous research published by UC Berkeley members of the alliance, which was launched in 2014 with a $2.2 million grant from the National Science Foundation, found that underrepresented minorities publish in academic journals at significantly lower rates than their majority counterparts, placing them at a disadvantage in competing for postdoctoral and faculty positions.

“Publishing in academic journals is a key predictor of future success in academia, which is why our research is so concerned with this often-neglected indicator,” said study senior author Mark Richards, a UC Berkeley professor emeritus of earth and planetary sciences, and provost and executive vice president for academic affairs at the University of Washington. Colette Patt, assistant dean for diversity, equity and inclusion in UC Berkeley’s Mathematical & Physical Sciences Division, director of the California Alliance and a co-lead author of the study, said the results represent a trend seen at universities across the nation.

“African Americans are severely underrepresented in almost every discipline in academia, and at every level,” Patt said. “What is totally new in this study is that it points to specific reasons and offers a direction for institutional action.”

Between them, UC Berkeley, UCLA, Stanford and Caltech produce an estimated 10 percent of the nation’s underrepresented minority Ph.D. students in science and engineering. Each campus has made commitments to recruit, retain and advance underrepresented minority students including African Americans, Chicanx and Latinx Americans, Alaska Natives, Native Hawaiians and other Pacific Islanders in STEM fields.

In addition to providing demographic and academic performance data, students were asked about their mental well-being; whether they feel accepted or insignificant in a STEM setting; whether they consider themselves prepared in their first semester of a graduate STEM course; whether they have published in an academic journal; and whether the standards they are held to are appropriate.

That said, positive perceptions of their respective departments reduced feelings of insignificance for all the study participants.

“These results show that it is possible to rapidly and effectively remedy these disparities with relatively straightforward interventions,” Fisher said. “We could ensure that departmental expectations and standards are not only clear for students of color in an explanatory sense, but also clear in terms of how to navigate the program to meet those expectations and standards.”

In addition to Fisher, Richards and Patt, co-authors of the paper are Rodolfo Mendoza-Denton, Ira Young and Andrew Eppig of UC Berkeley; Robin Garrell of UCLA; Douglas Rees of Caltech and Tenea Nelson of Stanford University.

Click here for link to study in PLOS ONE titled “Structure and Belonging: Pathways to Success for Underrepresented Minority and Women Ph.D. Students in STEM Fields.”