The need for an Asian-American racial awakening

IMDiversity 5 years ago Comments Off on The need for an Asian-American racial awakening 1.2 K

The Asian-American community needs to wake up to the fact that racial identity actually matters. 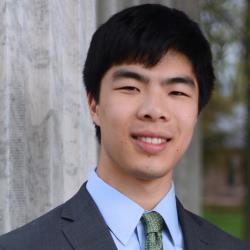 Last week, Asian-American social media erupted with outrage over a story recounted by New York Times reporter Michael Luo. While walking from church to lunch with his family, he ran into a woman on the street who angrily yelled at him, “Go back to China!”

I really sympathize with Luo’s narrative. I grew up in a white-majority suburb of Detroit where that sentiment was not usually explicitly stated, but often implicit in discourse. That said, after discussing this incident with some friends, what really stood out to me was the tone with which Luo told the story and the ways in which it demonstrated the position on race that many Asian-Americans might prefer to hold.

In Luo’s telling, his brush with racism was wholly unexpected and didn’t exist in his family’s stratum of society. For example, Luo addresses the woman’s class and alludes to her “nice raincoat” and fancy iPhone 6 Plus. He writes that she could have been “a fellow parent” at one of his children’s schools.

In his worldview and perhaps in the preferred worldview of many other Asian-Americans, past a certain class threshold, racial distinctions simply fall away.

It’s true that socioeconomic status can have a mitigating effect on racial prejudice, but that part of his account reveals his attitudes on the intersection of class and race.

Luo writes that he and his family represent the “model minority,” which by his reasoning should be part of a post-racial world.

Content to live as the model minority, it seems that many Asian-Americans would rather ignore the tough conversations about race that dominate the lives of so many other people of color.

But what about those Asian-Americans who don’t fit the “model minority” mold? Does that mean that they are to be consigned to the status of “other” simply because they do not have professional degrees?

The fact is, at a certain point, those conversations about race are unavoidable. For the time being, nothing will change the fact that Asian-Americans “look different” from the majority of the American population, are often perceived as “looking the same,” and will continue to be perceived as the perpetual foreigner. This attitude of complacency in the Asian-American community desperately needs to change.

In contemporary media discourse, especially at a relatively elite place like Princeton, it is often too easy to think about racism in abstract terms, as a relic of darker times that happens “somewhere else” or at Trump rallies. There seems to be a fascination among media and political elites about explaining the plight and bigotry of the poor white male, as if to suggest that the world above the poverty line is a cosmopolitan, race-free world.

Racism is not an artifact of the past.

Even this past weekend, the Nassau Weekly published a particularly disgusting line from a fraternity email involving the objectification of Asian female genitalia and sweet and sour sauce. They have yet to publicly comment or apologize.

Perhaps even more relevant to the scores of students currently looking for jobs, one could also look at the pending Department of Labor lawsuit against Palantir Technologies for its flagrant discrimination against Asian-American applicants.

In one egregious example, according to the New York Times, “software engineering jobs drew a pool of more than 1,160 qualified applicants. Of that number, 85 percent were Asian. Yet Palantir ultimately hired 11 Asian applicants and 14 non-Asian applicants.”

A good starting point for greater participation in civil society and political discourse could be as simple as the issue of voting. Asian-Americans are the fastest growing racial group in the country but have some of the lowest voter participation rates. How can the collective power and voice of the community be heard if people don’t even go to the ballot box? As a good friend of mine (who is far more eloquent than I) put it, Asian-Americans need to come to a new realization of race relations: “we are not the model minority, nor will we be the silent minority.”