The One Piece of Career Advice I Want to Pass On

By Daniel B. Kline, Selena Maranjian, and Maurie Backman 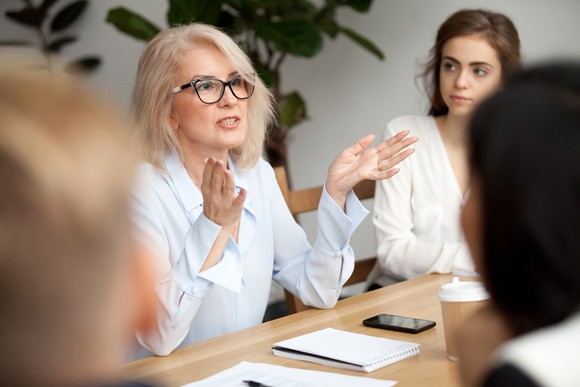 Some people, maybe most, aren’t lucky enough to have good mentors as they navigate their careers. If you are one of the lucky ones, though, you may have gotten advice that has changed the course of your life.

The three Motley Fool writers below have all had good jobs and bad ones before finding their current roles. Each step along the way has taught them some pieces of wisdom they wish someone had shared with them, or advice they were lucky enough to receive from a mentor.

Try to design your perfect job

Selena Maranjian: As you start thinking about what job or career to pursue, you may be assuming that the perfect job for yourself doesn’t really exist, and that you shouldn’t bother looking for it. There’s some truth to that because it’s hard for any job to be perfect in any way. But you may be able to get closer to perfect than you think.

Consider my job history. I ended up writing for The Motley Fool almost by accident. I had been a big fan of the company back in its early days and read most of the articles on the site each day. I’m not sure why, but I didn’t think of applying to work at the company until a friend suggested it and put me in touch with the co-founders.

Once I was in the job, I realized how perfect it was for me, combining my interests in business, investing, teaching, and writing. Then I realized that had I been more proactively thinking about what kinds of jobs combined interests such as those, I might have found and landed the job even earlier.

Think about what you like to do and what you’re good at. Then think about what kinds of jobs combine some of those skills and interests. Think outside the box, too. For example, you might love cultural anthropology and the business world but assume that you have to either teach anthropology or work in management somewhere.

Instead, you might find a position as a corporate anthropologist. This is a field that actually exists! You might, as a consultant or employee, apply cultural observational skills to help a company see how it might better serve its customers, potential customers, and/or workforce.

With some thinking and investigating, you might find a pretty perfect job for yourself. If you’re really resourceful and effective, you might even invent and create the job!

Happiness is worth more than money

Daniel B. Kline: A friend and mentor of mine has lived an interesting career in journalism. For the last ten years or so of my career, he has been a sounding board for the choices I have made.

He never directly said out loud, “happiness is worth more than money,” but he said it in so many indirect ways. At times, I laid lucrative opportunities that I was offered in front of him, and he subtly directed me away from them.

Sometimes it was because he knew I would be miserable, and in other cases, he understood that I would be getting paid, but wasting my talents. He wasn’t suggesting I sacrifice financial success for some noble journalism pursuit, he just wanted me to find a balance.

Eventually, that led me to a major technology company, then The Boston Globe, my own company, and eventually The Motley Fool, where I make a comfortable living doing satisfying work with (and for) wonderful people. Had I taken the money jobs, I may never have gotten here.

Money is important, but it’s better to have a smaller house and love your life than a big one paid for by a job that makes you miserable. Find work that makes you happy and pays you enough to be comfortable. That may take a long time (20 years or so in my case), but it’s well worth the effort.

Any job is better than no job at all

Maurie Backman: When I first graduated college and was looking for a job, I had lots of people giving me advice. My parents, for example, encouraged me not to despair, while my friends who had graduated a year or two prior kept reminding me that finding the right role takes time.

I appreciated those various pep talks and the advice that came with them. But one piece of advice I refused to follow then, and refuse to follow now, is something a headhunter said to me about two months into my search: Any job is better than no job at all.

As someone who’s had her share of bad jobs, I strongly disagree. Yes, having an income is important, but if you take a job that’s the wrong fit and wind up miserable, you’re not going to be doing yourself any favors in the long run. You’re better off taking the time to find a good fit than saying yes to a job for the sake of having a job.

Of course, you can’t keep searching indefinitely. You can only tap your savings for so long before you risk depleting them. Incidentally, that’s what I did during those first few post-college months of searching — I lived cheaply and relied on my (limited) savings until I found a job I thought would work out. But I’m glad I didn’t just take the first offer that came my way, because had I done so, I would’ve been unhappy from the get-go.