The Racial Gap In Entrepreneurship Is Costing The U.S. Economy Billions

IMDiversity 6 years ago Comments Off on The Racial Gap In Entrepreneurship Is Costing The U.S. Economy Billions 1.5 K

Minority businesses could boost the economy by as much as $300 billion. 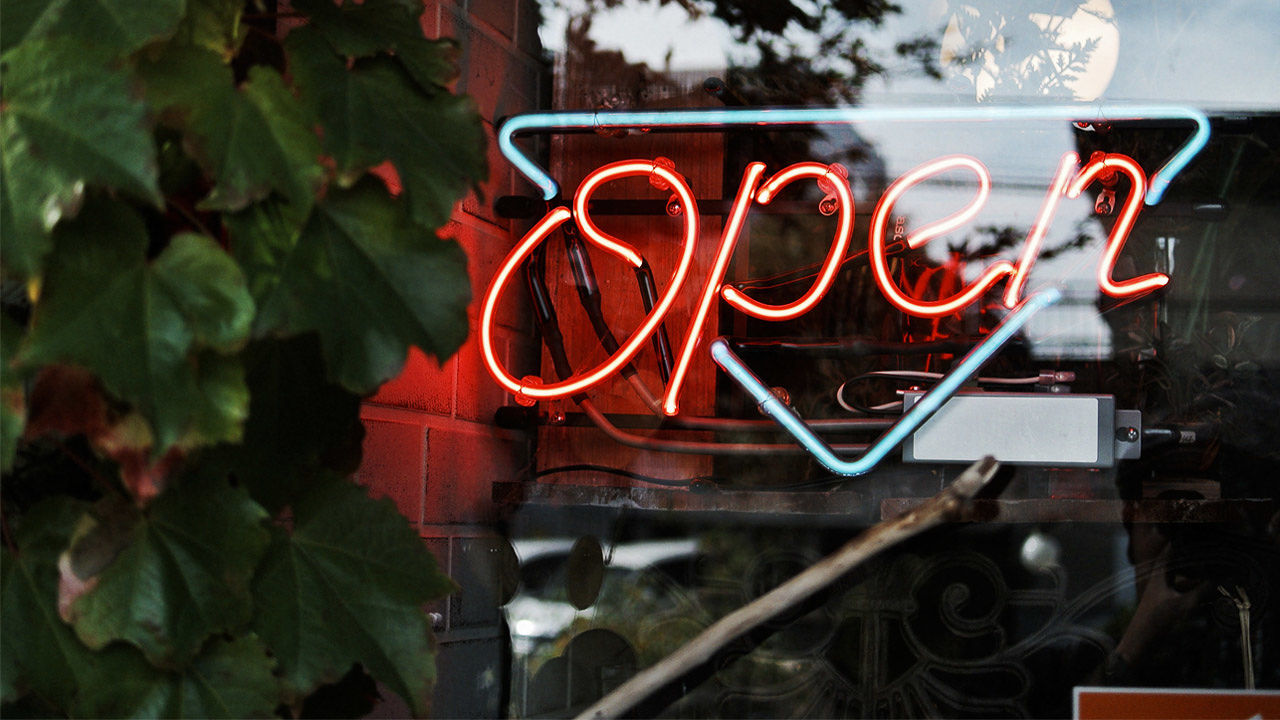 The racial gap between white-owned businesses and those owned by minorities is more costly than we may have realized.

Minority businesses could boost the economy by as much as $300 billion.

How? A new study from the Center for Global Policy Solutions titled, “The Color of Entrepreneurship: Why the Racial Gap Among Firms Costs the U.S. Billions,” analyzed business owners by race from 2007-2012 and found that firms owned by people of color have contributed to the economic recovery. The research was based on the U.S. Census Bureau’s Survey of Business Owners (SBO), which comes out every five years.

During that five-year period, non-white business owners added more than 72.3% of the jobs created by privately held companies. Nearly all entrepreneur-of-color groups experienced significant growth in the number of their firms, with Asian-American women-owned businesses taking the lead at 37.6% growth.

That’s just a fraction of the potential, according to the report. Discrimination, both past and present, is inhibiting the true growth of these businesses. Without that, an additional 1.1 million businesses could be established and could produce an estimated 9 million more jobs. This would increase the nation’s income by the aforementioned $300 billion.

The report also analyzed the differences between firms with employees and those operated by sole proprietors. This is important because annual sales and job creation have a major economic impact. 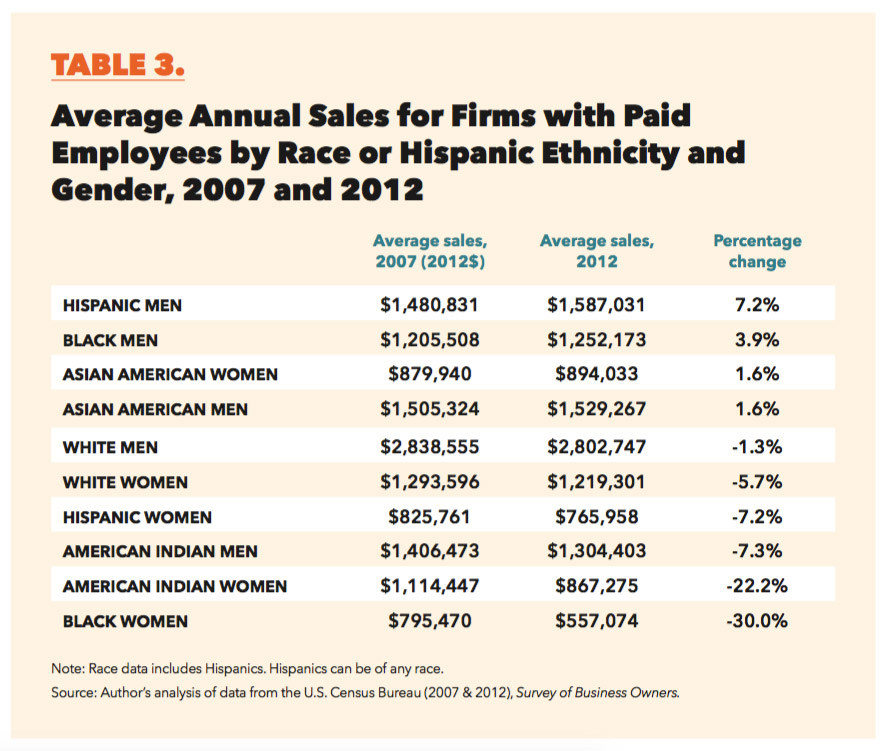 According to the data, 67.3% of firms without employees had annual sales of less than $25,000. Not only does that make it likely that the profits were only a fraction of the sales, but also that they weren’t able to keep their owners and the owners’ families out of poverty.

WHY BECOME AN ENTREPRENEUR, ANYWAY?
The researchers point to a number of economic and social factors that play into making the decision to become an entrepreneur. They write:

“Research shows that individuals who are wealthier, better-educated, and foreign-born are more likely to start a business. Also, individuals who cannot find a decent job or who feel that they are not being treated well in the labor market may feel pushed into starting their own businesses. The overall overrepresentation of Asian-Americans as business owners is due to economic and social factors such as these.”

Fast Company previously reported how African-American women in particular are more likely to step off a corporate career track and start their own business. This is because there aren’t other leaders of color at the executive level, and they lack the champions necessary to support their climb through the ranks.

Unsurprisingly, African-American female entrepreneurship increased by 20.2% while their participation in the labor force only grew by 8.8% between 2007 and 2012. These new businesses mostly concentrated in the health care and social assistance industries, but had lower than average annual sales.

OTHER FACTORS THAT INHIBIT SUCCESS
The researchers observe that “it takes money to make money.” Indeed, access to capital is key to start and operate a successful enterprise. And the difference between what a white man can expect to raise in startup capital is radically different for his American Indian female counterpart.

The difference between what a white man can expect to raise in startup capital is radically different for his American Indian female counterpart.

The report cites the work of economists Robert W. Fairlie and Alicia M. Robb, who found that lower levels of startup capital explain much of the difference between the success rates of businesses with white owners versus those owned by people of color (with the exception of Asian-Americans). Their businesses’ success relative to whites is attributed to Asian-Americans investing more startup capital in their firms.

Those who rely on the bank of mom and dad or other family members’ money to start their enterprise also bump up against racial inequality. “At the median, Asian-Americans have about 80% of the wealth that whites have,” the researchers say. “Hispanics and African-Americans have less than 10%.” This is due to being historically disadvantaged, they say:

Much of American history can be understood as a story of brutal alchemy, where American Indian wealth is transformed into white wealth. African-Americans have been disadvantaged because of slavery, Jim Crow, segregation, redlining, and their exclusion from the G.I. bill and homeownership incentives that enriched whites after World War II.

Because wealth is an important driver of business success, it is necessary to encourage wealth building in communities of color, the researchers note. Measures such as tax credits to promote venture investing in minority business would help, as would credits for low-income entrepreneurs, and the use of alternative credit data. Other initiatives from providing disadvantaged minority groups with quality pre-K education, all the way through executive mentorship through SCORE and similar organizations, could change the ratio of successful businesses owned by people of color and have lasting impact on the U.S. economy.