IMDiversity 5 years ago Comments Off on The Smart Ways to Switch Jobs Quietly 1.5 K

More employees, especially millennials, are willing to jump to a new company, but there are many ways that can go wrong

You may have noticed a colleague taking longer lunch breaks lately, or making a lot of trips to the dentist.

That may be a millennial looking for a new job. 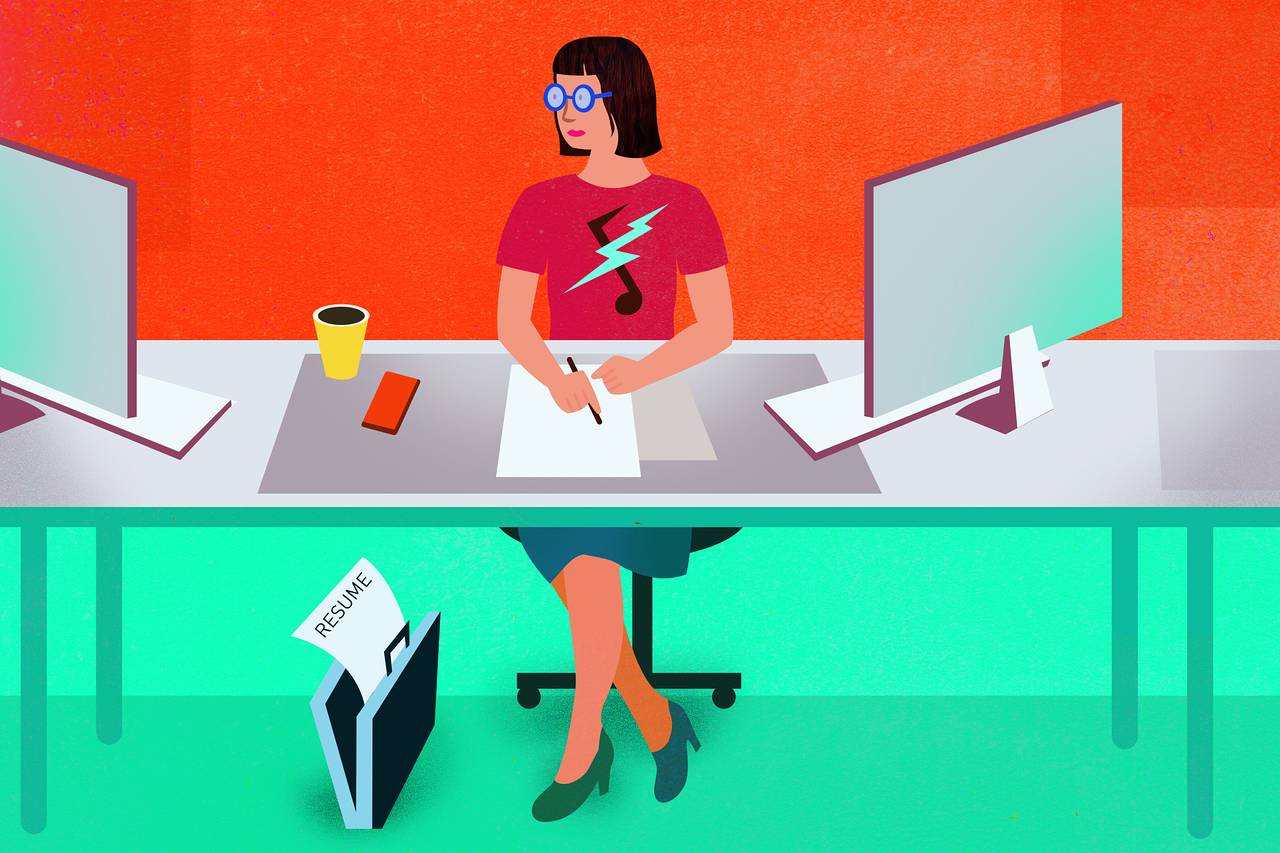 Employees ages 21 to 38 have been changing jobs three times more often than other workers, according to a 2016 Gallup study of two million people. And the churn may be accelerating, some career coaches and recruiters say. Motivated by a historically tight labor market and slow wage growth, some 43% of young workers are poised to quit within two years, up from 38% last year, says a 2018 Deloitte survey of 10,455 millennials.

Looking for a new job discreetly, without damaging your standing at your current employer, requires some savvy.

That can be difficult in an age of social media. Joshua M. Evans once thought he had conducted the perfect job search. After a recruiter contacted him via LinkedIn, he told colleagues he had to leave for a lunch meeting, then drove his car to a Target parking lot to change into a suit before the interview. (Job seekers in most industries still suit up for interviews, reasoning that it’s better to be overdressed than underdressed.) When Mr. Evans later approached his boss to give notice, his manager interjected, “Let me guess: You’re leaving,” and named his new employer. 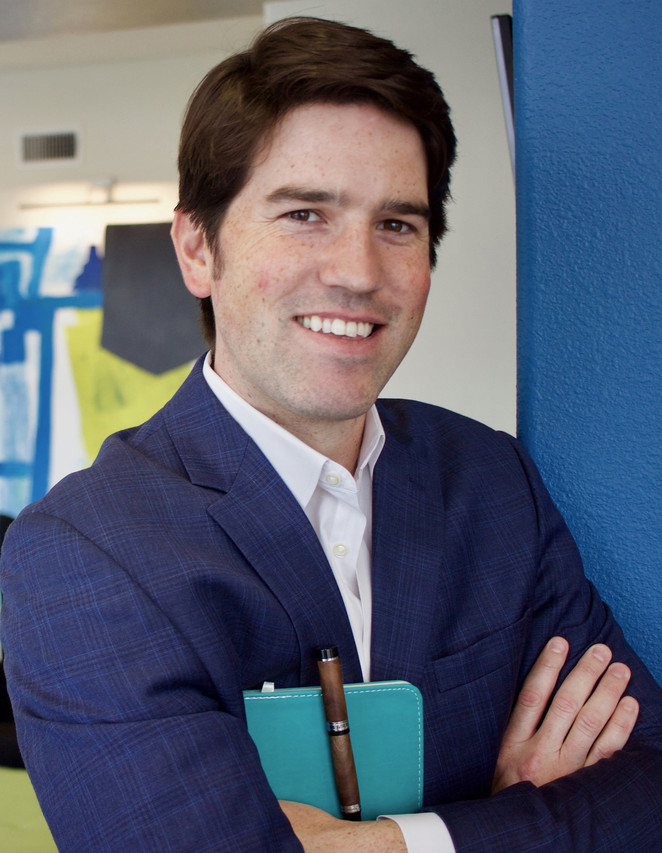 Houston consultant Joshua M. Evans tried to keep a job interview secret from a previous employer by changing into a suit and tie away from the office, in his car. PHOTO: ALEX ANDERSON

To his dismay, Mr. Evans realized he hadn’t turned off notifications to his LinkedIn network. His boss had seen him connect to the recruiter and two managers at his new employer, creating “a very awkward situation,” says Mr. Evans, 35, an author and owner of Culture Consulting Associates, a Houston human-resources firm.

Posting your résumé on job sites risks outing you if your employer looks for candidates with similar skills. Avoid using your employer’s phone, email or computer to job-hunt. Some bosses keep tabs on those activities.

Mike Wisby also learned the importance of discretion. The marketing specialist, who is 34, told his boss at a previous employer that he was planning to take a new job, but the formal offer he expected never came. The conversation “changed the dynamic right away,” he says. His former boss was hurt and began joking nervously about losing him, and repairing the relationship took some time. 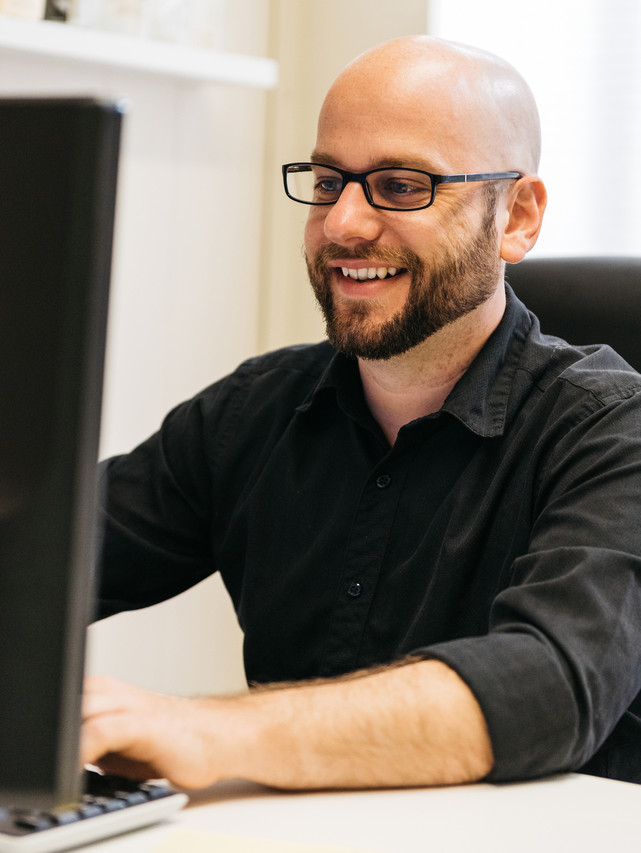 Josh Rubin says learning that a valued employee at his Sacramento, Calif., marketing firm had interviewed for and taken a new job came as a complete surprise. PHOTO: FELIPE SILVA

When Mr. Wisby started interviewing again recently, he told his boss, Josh Rubin, that he was seeing a dentist. Both workplaces allow casual dress, so Mr. Wisby merely subbed khakis for his usual jeans. When he later resigned, Mr. Rubin, owner of Post Modern Marketing, a Sacramento, Calif., marketing firm, says he was stunned. Although he’s disappointed to lose him, Mr. Rubin says he would have handled the process the same way if the roles had been reversed. Many employers see keeping a job search secret as a gesture of respect, he says.

But some job seekers err by making attention-grabbing excuses for being away. One of Michael Sunderland’s subordinates at a former employer told him he needed time off to attend an obstetrician appointment with his pregnant wife. He forgot that his online calendar was shared with colleagues and posted on it his actual plans—“interview with Company X.”

The next day, Mr. Sunderland, managing director of Full Stack Talent, a Tampa, Fla., tech-recruiting agency, asked the employee how his wife was doing. He listened while the man told a tale about what the doctor said—then reminded him that his calendar was shared. While he remained friends with the employee, Mr. Sunderland says he never fully trusted him again.

More employers see changing jobs as a sign of the prized ability to learn quickly and adapt to rapid change, says Gary Burnison, CEO of the executive-search giant Korn Ferry and author of “Lose the Resume, Land the Job.” If you’ve spent more than a decade at a company without expanding your skills or responsibilities, he says, “people start to wonder, ‘Are you stale?’ ”

Mr. Burnison advises researching where you want to work and targeting top picks. Then tap your network to find an insider to introduce you to hiring managers.

Continue to give 100% on the job. Debra Boggs, 32, managed to hide a cross-country job search several years ago by traveling on a Sunday, interviewing early Monday and returning to her job online and by phone while traveling home the same day. Ms. Boggs is co-founder of a Scarborough, Maine, executive résumé-writing firm.

TIPS FOR THE STEALTHY JOB SEEKER

If caught en route to an interview, “pretend nothing out of the ordinary is happening,” says Simon Brown, 35, a Washington, D.C., media-relations manager. He was riding the subway to a job interview, decked out in a suit on a 95-degree day, when he ran into a co-worker. “Why are you so dressed up?” she asked. Mr. Brown said he had personal business and changed the subject. “It never came up again,” he says.

Plan what to say if your boss asks if you’re looking, says Patti Johnson, CEO of PeopleResults, a Dallas human-resources consulting firm. A former colleague of Ms. Johnson’s on a previous job wound up admitting to her boss that she intended to resign before she had landed the new job she wanted. “In the spirit of trying to be transparent, she got ahead of herself,” Ms. Johnson says.

Instead, “cultivate an air of someone who is always actively engaged in your profession,” going to seminars and events, says Teri Coyne, a senior executive coach in New York with GetFive, an outplacement and career-services firm. If the boss asks if you’re looking, say, “I’m always open to conversations,” but having conversations doesn’t mean you’re planning to leave, she says.