The Troubling News About Black Women In The Workplace

IMDiversity 3 years ago Comments Off on The Troubling News About Black Women In The Workplace 1.2 K

By Leslie Hunter-Gadsen, Next Avenue Contributor

What a LeanIn/McKinsey study found about mistreatment by managers

A new study by LeanIn.Org and McKinsey & Co. paints a troubling picture about the treatment of black women in the workplace.

According to the Women in The Workplace 2018 survey, women of color are not only significantly underrepresented, they are far less likely than others to be promoted to manager, more likely to face everyday discrimination and less likely to receive support from their managers.

The researchers surveyed 279 companies employing more than 13 million people and talked to 64,000 employees on their workplace experiences. More than 90% of the companies polled said prioritizing gender and racial diversity leads to better business results. Yet only 42% of employees surveyed said they see gender diversity as a company priority and only 22% see racial diversity as a company priority. 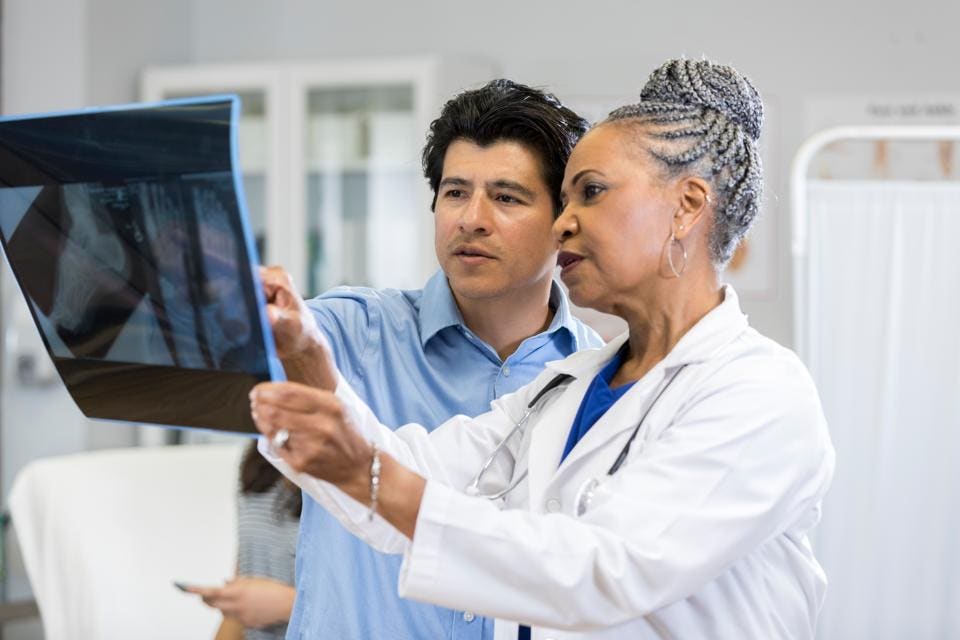 Women in the Workplace 2018 Survey Findings

Among the concerning survey findings:

If you’re a black working woman in your 50s or 60s and these stats reflect your personal experience, it’s understandable why your frustration level is high. What’s worse, according to the U.S. Census bureau, while a full-time working woman earned about 80 cents for every dollar a man did, full-time working black women earned only 67 cents for every dollar. 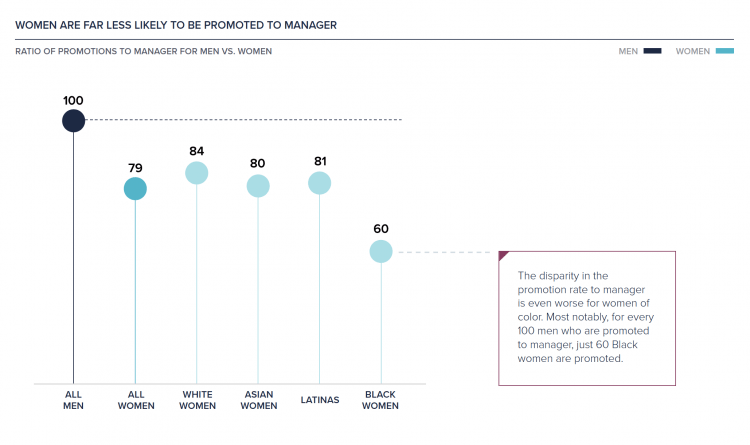 Women in the Workplace 2018 MCKINSEY & COMPANY

What Black Women and Employers Can Do

What can you, and employers, do to combat these workplace disparities?

“Form affinity groups, then contact the CEO directly, saying that you want to be a feedback organization. Then there can be a way to send information about what you and others are experiencing,” says Kim Ashby Fowler, a human resources consultant based in Hempstead, NY.

An affinity group could push for “an equity study on who gets paid what and who is being promoted. You need to get the data so you’re not guessing,” adds Fowler.

Alexis Krivkovich, one of 12 Women in the Workplace co-authors and the managing partner for McKinsey’s Silicon Valley office wants to see employers become more aware of any gender and racial disparities in their workplaces.

“We see companies tracking data on men, women and women of color, but they need to get a lot more detailed in how they are using the data,” says Krivkovich, who helped found the partnership with Leanin.Org and McKinsey and began this annual study in 2015. “Companies need to know how far and how fast their employees are moving in their careers.”

Being the ‘Only’ at Work

One particular problem women of color often face at work, according to the survey: the double corporate whammy of being both the only woman in the room and the only black, Asian or Latina there as well.

“The impact of being an ‘Only’ is a phenomenon affecting 20% of all women and twice that for women of color where they feel uniquely alone, plus having the scrutiny for representing a whole group,” Krivkovich says. “People who describe themselves as being an ‘Only’ also say they feel more microaggressions in the workplace and more times that their decisions are being questioned.”

In the survey, 51% of “Women Onlys” said they need to provide more evidence of their competence than others do during the normal course of business. By contrast, just 13% of “Men Non-Onlys” felt that way.

There are a variety of ways employers can tackle the Only phenomenon. One obvious solution is to hire women, and women of color, in several areas of the business, instead of using the “one and done” philosophy.

Networking at work can be useful for black women eager for promotions, too.

Says Camille Hart, employment specialist at Volunteers of America, N.Y.C.: “I run employment readiness workshops for women in shelters re-entering the workforce and one of the tips I give them is to learn how to network with male co-workers so when it comes time to be recognized for a promotion, you are remembered.”

Fowler echoes that view. “Go to events and be an individual contributor,” she says. “Let’s say you give an excellent presentation at a professional event and someone notes what company you work for. That will get back to your manager in a positive way and perhaps improve your position at the company.”

In some cases, experts say, employer and manager biases against black women may be unconscious.

“When we see a lack of diverse representation in a workplace, it’s often because of biases or filters that we may not be aware of,” Fowler notes. She adds: “Some managers don’t know how to support their staff, especially when you add the subtle filters that they may unconsciously have.  In the process, many times there are unspoken ideas on who is worthy and who is valued…a lot of assumptions are made to the detriment of the women of color and the bottom line of the company.”

Paraphrasing Verna Myers, vice president of inclusion strategy at Netflix, Fowler says, “Diversity is like inviting everyone to the party and inclusion is asking people to dance.”

The authors of Women in the Workplace seem to agree that true inclusion has yet to be reached. Based on this year’s survey, they write in the report, it is still clear that women of color “face even more biases and barriers to advancement.”

This disconnect between women of color and their managers does not foster good work relationships and often leads them to think about going elsewhere.

“The good news is that unconscious bias training has been started by some companies to ensure that the people involved in the process of hiring and promotions are trained when it comes to establishing criteria,” says Krivkovich.

Leslie Hunter-Gadsden is a journalist and educator with over 25 years experience writing for print and online publications.  She has covered business topics for several trade publications and Black Enterprise magazine.
This story is part of our partnership with Chasing the Dream: Poverty and Opportunity in America, a public media initiative. Major funding is provided by The JPB Foundation.