These 2 psychologists are dismantling the myth of white intellectual superiority

One client at a time, their revolutionary aptitude assessments chip away at the myth of white intellectual superiority.

Without the benefit of the cult-like celebrity that often follows folks who produce social change, Kenneth Yusko and Harold Goldstein are quietly altering the nation’s employment culture for the better — all by meticulously chipping away at one of the fundamental assumptions of modern psychology: the myth of white intellectual superiority.

Yusko and Goldstein are industrial and organizational psychologists — a fancy term for people who study how companies and other organizations make decisions regarding hiring and advancement. In particular, their work takes on the ossified conventional wisdom which holds that white Americans possess greater aptitude for jobs or college admission — a consensus that’s become entrenched because of the widespread use of I.Q. tests or other biased assessments that misstate the assumed intellectual advantage of whites and confuse knowledge with intelligence.

Over the course of their professional life, they’ve produced scholarly and practical work that relatively few people know about, but has enormous potential to help solve future challenges in employment hiring, retention and promotions at a time when the nation’s workforce is becoming more and more diverse.

As employers draw from an increasingly nontraditional workforce, they need to know and be assured that, when given a fair assessment, African Americans can — and do — perform just as well as whites on the job.

“We don’t believe there are group racial differences on critical competencies,” Goldstein told me during a recent lunch interview as his colleague, Yusko, nodded in agreement alongside him. “We believe you can hire for competence while still getting diverse talent because there are highly intelligent, capable and competent African Americans and whites and Asians out there to be hired.”

Yusko and Goldstein deserve to be household names or, at the very least, widely acknowledged for their socially impactful efforts to expand job opportunities and open workplaces to historically marginalized people. Over the past three decades, their work on college campuses and in a private consulting firm has helped a broad array of clients to better incorporate diversity into hiring and promotion decisions. 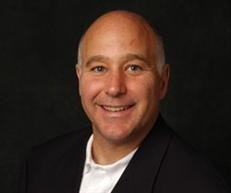 “We tell clients that you don’t have to compromise and you don’t have to water down your hiring assessments,” Yusko said, adding that tests are simply a tool used in decision making. “You can hire by using tests that don’t add contamination that happens to help whites over blacks or whites over Latinos.”

A NEW AND INNOVATIVE WAY OF CONDUCTING INTELLIGENCE ASSESSMENTS MIGHT LEVEL THE PLAYING FIELD FOR JOB APPLICANTS FROM DIVERSE BACKGROUNDS.

But despite an impressive accumulation of success the pair has enjoyed ever since they first met as doctoral students at the University of Maryland in the 1990s, Yusko and Goldstein’s work remains something of an outlier in academic circles, where the stubborn believe in white intellectual superiority continues to frame discussions of employment testing and assessments.

“Our theory was that if you created a test where the person taking the test couldn’t rely on their schooling and upbringing . . . but had to rely on their pure, raw intelligence, then we’d see much less difference between the races.”

In fact, their work continues to be barely understood or embraced by many outside of the pin-point intersection of corporate diversity managers, civil rights lawyers — and a few CEOs seeking to avoid expensive discrimination lawsuits.

“They are American heroes that nobody knows  anything about,” Cyrus Mehri, a Washington, D.C.-based civil rights lawyer, said in an interview. “I’ve been so impressed with their work that I often call on them for assistance as expert witnesses when working with my clients.”

Perhaps more prominently, Mehri played a key role in inspiring the National Football League to implement the Rooney Rule (a policy that requires clubs to interview minority candidates when hiring for coaching positions), at which time he introduced Yusko and Goldstein to team general managers and head coaches. Impressed by their assessment idea, the league embraced a set of assessment tests for NFL teams, termed the NFL-Player Assessment Test (or NFL-PAT) that has been administered during the league’s annual draft combine since 2013.

As Yusko and Goldstein explained in the interview, the NFL wanted a test designed to identify brainy players, as well as brawny ones. As with all their tests, the set produced for professional football players was one that emphasizes what they call “pure” intelligence over “learned” intelligence. The difference is that one cannot study or otherwise prepare for a demonstration of pure intelligence, they say.

According to an American Psychological Association online newsletter, the NFL-PAT was a success from kickoff. Yusko and Goldstein developed an hour-long, computer-based test that measured 16 different competencies that directly related to a player’s on-the-field tasks.

“The results of their predictive validation study were very strong,” the APA reported. “The scores from the (NFL-PAT) significantly predicted football performance, as rated by both the general managers/coaches and by on-field metrics” such as the number of penalties a player receives and the number of snaps a player is on the field.

“What makes you think the difference is due to the people? Maybe it’s in the way you measure your test.”

Predictably, their work is not without controversy or critics, largely because the widely accepted assumption in the industrial-organization, or I-O, field of psychology is that measurements of intelligence favor white people over African Americans or other racial groups.

Hiring officials often base their decisions on the use of some form of selection testing, which range from in-person interviews to pen-and-paper assessments to role-playing exercises, that help inform an applicant’s qualifications. In many cases, such as college admissions or public service jobs, the decision making falls heavily upon standardized tests, like the SAT for college admission, the LSAT for law schools, or job-specific employment assessments used by police and fire departments.

All too often, these tests claim to quantify an individual’s intelligence and, in turn, are used to provide a dollop of pseudo-empirical authority to justify the decision to offer an applicant a position, promotion, or placement.

But in reality, Goldstein and Yusko say, such tests tend to have what they call “contamination” baked in that skews the results more favorably toward white and male applicants at the expense of African Americans, women, and other groups of applicants. The contamination is rarely refuted or acknowledged by anyone in the hiring chain, they said.

“What a lot of them think is there is a difference between blacks and whites on intelligence,” Goldstein said, noting that early on their work was derided and ignored by others in the I-O field. “So they don’t think (a traditional IQ) test is wrong. They think the test is measuring that difference. So when we created a new way to approach this that reduced those differences, they said to us, if you get reduced differences, you’re not measuring intelligence. You must be measuring something else.”

To which Yusko responded, “What makes you think the difference is due to the people? Maybe it’s in the way you measure your test.”

As a result, Yusko and Goldstein spent the bulk of the last 30 years, flying against the headwind of their peers’ widely embraced beliefs about traditional cognitive ability tests. Along the way, they co-founded a firm, Siena Consulting, which won the 2011 Society of Industrial Organizational Psychology’s M. Scott Myers Award for Best Applied Research, and the 2018 International Personnel Assessment Council Innovations in Assessment Award.

Tasked with the mission to help clients with human resources issues implement their own bias-free assessment tests, their firm has continually demonstrated just how counterproductive the sole reliance on traditional I.Q. tests can be to the bottom line. In addition to the NFL, Siena Consulting’s roster of clients include Morgan Stanley, SC Johnson, the Motion Picture Association of America, Jefferson County in Alabama, and many more.

“What we tell organizations is that you may hire the persons you think is best qualified because (you) think it’s right,” Goldstein said, adding firms need to broaden their search to include a pool of diverse candidates as well. “If you don’t, you will miss the best people. If you’re always looking at a certain category of people – white males – you’ll miss all the other people that are not white males and you’ll miss a chance to get them and someone else will.”