IMDiversity 5 years ago Comments Off on Things HR Can’t Ask in a Job Interview 2.7 K

Before you head into your next interview, learn to look out for these ten questions. They might mean more than meets the eye…and could be illegal or at least bending the law. 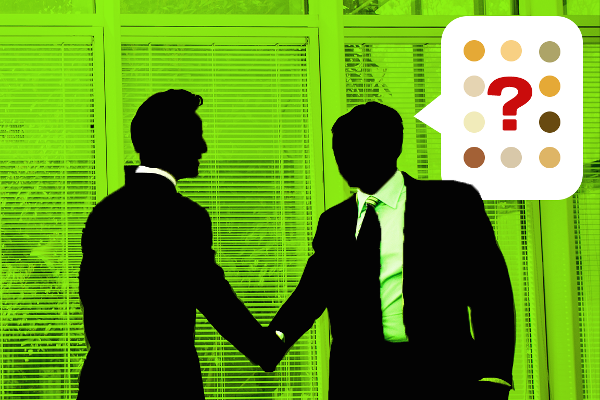 When it comes to the hiring process, potential employees have quite a few legal protections. The law protects them from discrimination in many different ways, and that extends to the hiring process. As a result, plenty of areas about your personal life are simply off limits to both current and future employers.

The thing is… a lot of employers try to skirt those rules anyway.

An employer who plans on breaking the law won’t make it plain. Most of them have learned by now that the wrong questions will cause a pile of rejected candidates to lawyer up immediately. Instead, they’ll ask around the information they really want to know.

Now, it’s important to note that most of the time asking around a protected issue isn’t in and of itself illegal. These questions below might not necessarily break the law, but they’re a good sign that you have an employer who might just be thinking about doing so. So stay on your toes, and if you get one of these ten trick questions, find a polite way not to answer. (For more information, take a look at NOLO’s discrimination database here.) 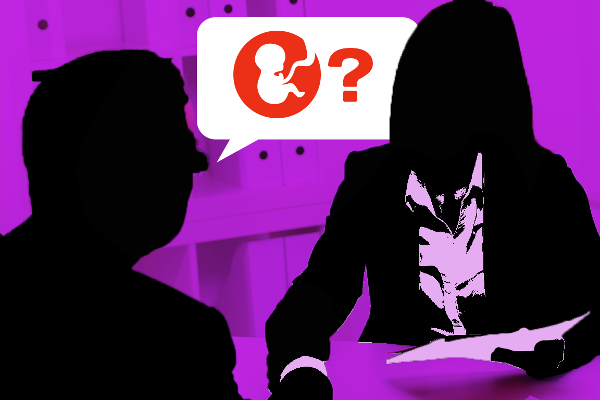 Trick question: How long ago did you get married?

This is one of the classics.

Here’s the dirty little secret: a lot of employers don’t like accommodating new families. From an employer’s point of view, it causes disruption to the workforce, as a new mother or father will soon have to take an extended leave of absence and will return with priorities in her life other than the office. So for years, many of them simply tried not to hire women who were or were likely to become pregnant.

That’s called discrimination. It is illegal to make employment decisions based on pregnancy status and illegal to ask about a potential pregnancy.

So how do they try and do it? Watch out for employers who ask about your family plans, anyone who’s interested in how long ago you got married or how the honeymoon went or other related issues.

9. DO YOU HAVE CHILDREN? 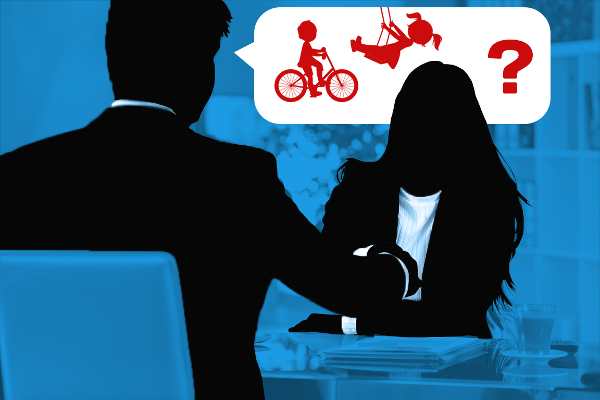 9. Do you have children?

Trick Question: Where do your kids go to school?

Also off limits: asking whether you currently have children. Yes, it turns out that society doesn’t want the employers of America to artificially sterilize the nation in search of marginal efficiencies (or at least a workforce that will stay late more often).

Now that is a difficult area. When an interview goes well it generally turns into a conversation, and you do want the meeting to feel natural. For people with kids that means your home life will probably come up.

So here’s the thing to pay attention to: who brought it up first? Watch for an interviewer who brings school or family into the conversation, one who brings up school and education or who otherwise feels like they’re on a fishing expedition.

8. WHAT IS YOUR NATIONALITY? 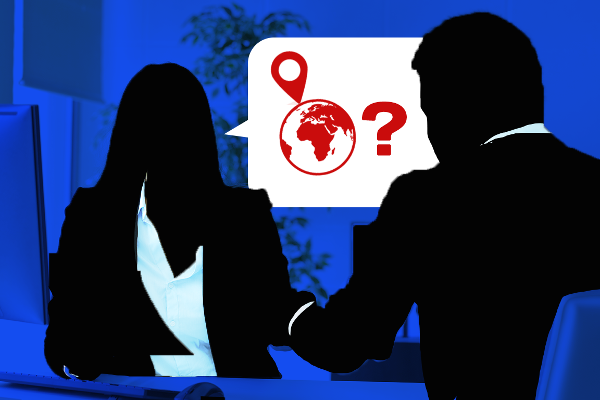 8. What is your nationality?

It is illegal to discriminate on the basis of national origin. Put simply, as long as someone has the right to work in the U.D., you can’t banish him from the office just because of where he was born.

Many employers try to get around this issue by using language as a proxy. Instead of asking about place of origin, they’ll try and tease that answer out by asking for related information. They might ask “Where did you grow up?” or “Where’s your family from?”

Watch out particularly, though, for “What’s your first language?” This is a trap and might well show that your interviewer is interested in more than your linguistic skills.

7. WHAT IS YOUR CITIZENSHIP STATUS? 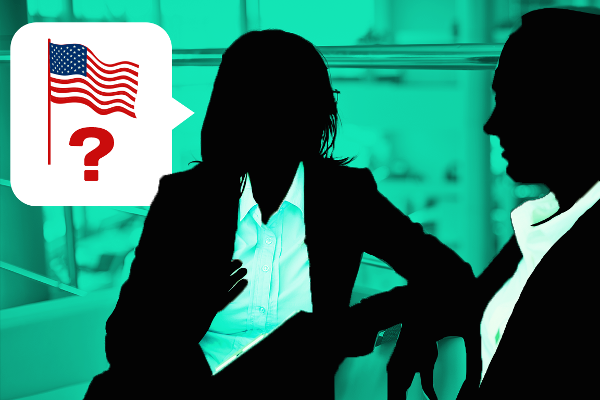 7. What is your citizenship status?

Trick question: When did you come to America?

As with national origin discrimination, it’s also illegal to discriminate against someone for not being a U.S. citizen except in certain, relatively rare, circumstances. Now, this is not the same thing as saying that an employer has to hire illegal residents. If someone can’t present proper credentials then, yes, it is perfectly legal (if not obligatory) to show him the door.

Anyone with a right to work in the U.S., however, indeed has a right to do so. Per the Department of Justice, “[e]mployers cannot limit job applicants or hires to U.S. citizens unless they are required to do so by federal, state, or local laws or federal contracts that require specific positions to be filled by U.S. citizens.”

Stay aware of this restriction. Watch for someone who starts fishing around about your immigration status and asking questions about citizenship. This may be a sign that they’re looking to hang an “Americans only” sign under “Help Wanted.” 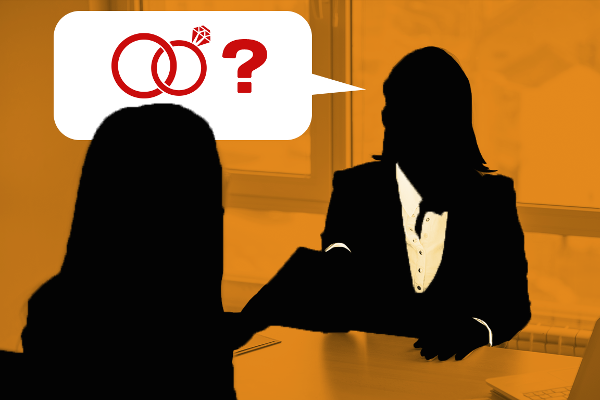 Trick question: How do you spend your weekends?

Remember our trick question from earlier? There’s a lot of gray area in that inquiry.

Now, as with questions about personal debt, this is a state-by-state issue. Although federal law doesn’t prohibit discrimination on the basis of marital status, roughly half of states do.

There are several reasons why an employer would want to do this, but the biggest is simply time. Your boss might prefer an employee who never has anything to go home to because that worker is less likely to complain about putting in overtime or coming in on a Saturday morning. That person is also a lot less likely to produce children sometime in the future.

So if you live in one of those states (check here), watch out for softball questions that seem to be feeling out your personal life. There’s a fine line between an employer who’s interested and one who’s on the lookout for “I go to dinner with my wife.” 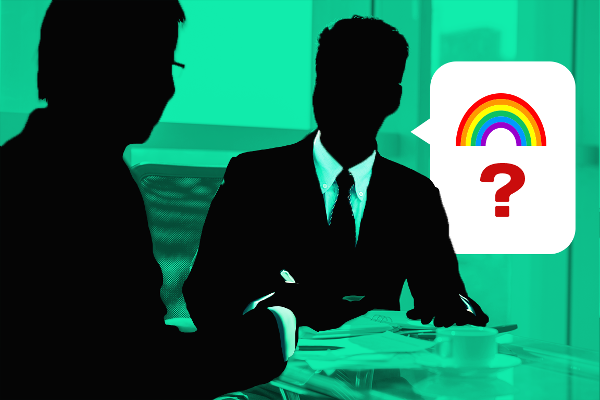 Trick question: Are you dating anyone?

Because this has been such a contentious issue in the past, let’s make it clear right up front: the law forbids any workplace discrimination on the basis of sexual orientation. This applies regardless of any state or local laws to the contrary, full stop.

Unfortunately, that still doesn’t stop plenty of employers from trying.

Applicants should beware of any questions that seem to probe too deeply into their social, romantic or personal lives. As with children above, this is a subject that might well come up accidentally. It’s easy and natural to converse with your interviewer and discuss social events and personal lives, and that’s a good thing.

Just, again, watch for an interviewer who seems too interested or who brings this subject up on his own. If you mention going to a nice restaurant and the interviewer asks, “Bring anyone special?” that may be innocuous conversation. If he ask asks, “Go on any dates this weekend?” it might be time to take note of the red flags. 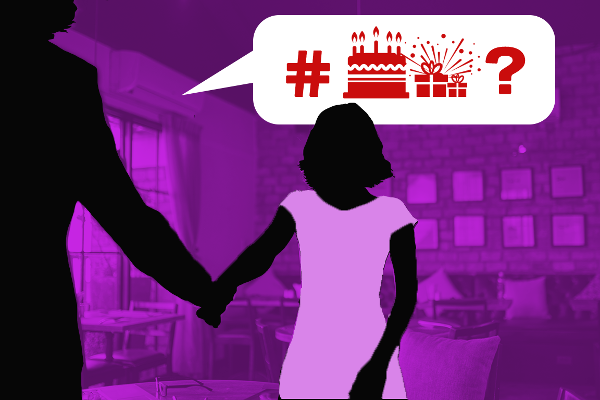 Trick question: When did you graduate?

Age discrimination is a very real problem, although it only cuts one way. Employers are, it transpires, perfectly free to discriminate against the young. Regardless of skill or qualification, they may decide that you simply aren’t old enough to hold a given position.

Watch out for questions that have to do with landmarks in your personal history. If your interviewer wants to know things like when you got married, when you graduated or who you voted for in long-ago elections, this might signal that he’s trying to feel out your age.

3. WHAT IS YOUR RELIGION? 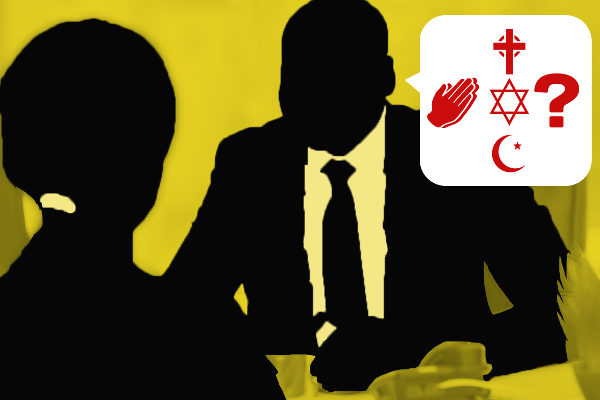 3. What is your religion?

Trick question: What holidays do you celebrate?

It may seem like an innocent way for your future employer to get a sense of the calendar, but beware! This is one way that employers try to get around the ban on religious discrimination.

Let’s let the EEOC sort this one out: “Religious discrimination involves treating a person (an applicant or employee) unfavorably because of his or her religious beliefs. The law protects not only people who belong to traditional, organized religions, such as Buddhism, Christianity, Hinduism, Islam, and Judaism, but also others who have sincerely held religious, ethical or moral beliefs.”

Watch out for questions about what you do on Sundays, whether you’ll need the Sabbath off or other specific, relevant issues. And as for holidays, tell your interviewer that you’ll handle your own time off requests.

Trick question: Where are your parents from?

These days, racial discrimination is, more often than not, subtle. It’s rare for an employer to promote one race over another overtly if for no other reason than to avoid legal punishment, which would be sure and swift.

Lawyers and courts continue to fight against this kind of tacit racism, but it’s not easy. Nor is it always easy to watch out for in a hiring environment. How, exactly, are you to know if someone will be just kind of against you from the very beginning?

At the very least you can spot an employer who seems too interested. Watch out for questions about your parents or family and comments about your skin tone and appearance. This might be an indication that your interviewer is trying to decide what he doesn’t like about you and hasn’t quite put his finger on it just yet.

1. DO YOU DRINK ALCOHOL? 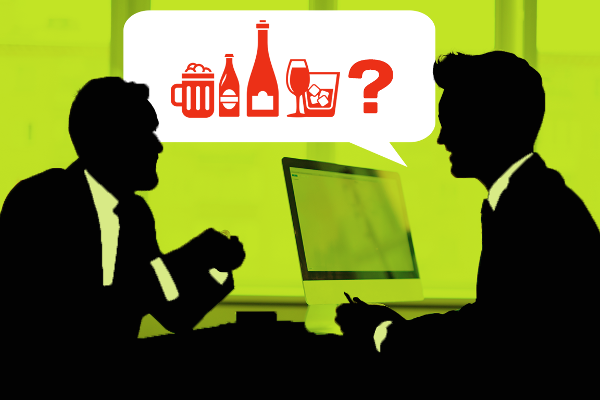 1. Do you drink alcohol?

Trick question: Do you prefer red or white wine?

This may seem odd, but it’s true. An employer cannot ask about your drinking habits during an interview, as it’s a violation of the Americans With Disabilities Act.

Among other protections of the ADA, an employer can’t ask interview questions designed or likely to bring out information about a disability. Since alcoholism is considered a disability under the act, that makes it illegal to ask about a candidates past or present drinking habits.

Now, that doesn’ mean unlimited protection. If you show up to work or the interview smelling like cheap booze, your interviewer will notice and take action. Similarly, the law is unclear on an employer’s right to fire you if they find out about drinking in your private life through other means.

For the purposes of the interview, though, this question is off the table. So watch out if the employer tries to bring up favorite brands, bars you might like or other related subjects.