Thirteen Mistakes That Could Ruin Your Job Interview, According To Hiring Managers

IMDiversity 5 years ago Comments Off on Thirteen Mistakes That Could Ruin Your Job Interview, According To Hiring Managers 1.5 K

Avoid these cringeworthy mistakes if you want a call back.

After months of searching, your job hunt could soon come to an end. You got through the online application process and aced the phone interview. Now all you have to do is charm the pants off your potential future boss.

But one wrong move and you could end up cut from consideration. We talked to hiring managers to find out how past interviewees have bombed their interviews so you can avoid the same mistakes. 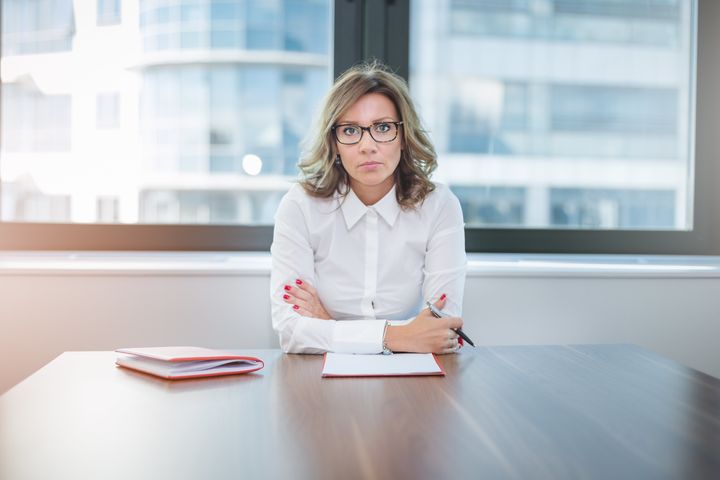 Here’s what not to do in your job interview. (FLUXFACTORY VIA GETTY IMAGES)

1. Pretending you don’t have any flaws

“One of the biggest mistakes I believe most people make through the employment process is refusing to admit that they aren’t perfect. Nobody is perfect; none of my candidates, none of our team members, not even me.

“When I ask the question, ‘what is your biggest weaknest?’ I’m not trying to catch you out by forcing you to reveal your biggest flaws. I’m trying to see if you recognize that you don’t have the answers to everything and find out whether you’re actually willing to be open and honest about it. Dishonesty is a very toxic trait to have in the workplace and by providing a generic response or even one that contradicts something you’ve previously said, red flags are instantly raised.” — Jon Hayes, marketer at Authority Hacker

“Talking negatively about previous companies usually does not present well for the interviewee. The interviewer usually can’t judge the objectivity of the story, so they tend to assume the candidate was dealing with a negative attitude, rather than a difficult situation.

“I have had candidates tell me, ‘It was a mistake going to work there’ or ‘I did not get along with my boss’ or ‘I did not like the company culture’ without explaining more. I recommend sticking to facts and leaving the emotion out of it. For example, say, ‘My manager changed three times over the year and so did my job requirements.’ It makes sense that you would want to leave such a company.” — Miki Feldman Simon, founder of IamBackatWork

“I’ve done a few interviews where the candidates didn’t even look at the website. That’s not an option these days ― it’s a must. I asked for their opinion on the site and a few recommendations, and they stared blankly. I’d say a baseline skill is to come prepared, review the website and have an opinion, even if you’re not the expert!” — Mark Krenn, founder of Coastal Creative

4. Forgetting to say ‘thank you’

“We had a candidate for an entry-level position who looked great on paper — great cover letter, decent experience. As we went through the hiring process, there were many email exchanges and a few onsite interviews before we presented an offer. The one thing that stuck out during this particular hiring process was that the candidate never showed any signs of gratitude. Email exchanges were absent of a ‘thank you.’ Even after the onsite interviews, the candidate never thanked any of us after a team interview. This weakened the candidate’s consideration for an entry-level role at our agency.” — Amy Hyde, director of operations at Outspoken Media

5. Having your own personal happy hour

“Video interviews are becoming more common, and in my experience, candidates may not take this type of interview seriously ― or remember that they and all their actions are on camera. I interviewed a candidate for a tech position who, halfway through the interview, reached to his right and grabbed a pint of beer. He brought it to his mouth and took a sip before he gave his answer to the question. He was very nonchalant about it.

“Sure, the interview was at 4 p.m., but it wasn’t a happy hour interview! The conversation ended shortly after that.” — Alison Daley, founder of Recruiting Innovation

“One candidate asked the following question during the interview: ‘I know that during my phone call with your HR department I acknowledged that I am OK with the $70,000 salary. But because of my bills and upcoming wedding expenses, it will not be enough for me. Would you consider paying me $85,000 if you decide to hire me?’

“This person was fairly young and didn’t know how to negotiate compensation. Ideally, he would have asked for more money upfront or come up with a counteroffer later that didn’t involve his personal reasons for needing a higher salary.” — Sukhjot Basi, CEO of Bank Yogi

7. Crossing the line from confidence to arrogance

“I interviewed a candidate once who basically wouldn’t let me get a word in edgewise and ask my questions to vet his qualifications and fit. Instead, they dug into me about the company and my personal background, told long stories about all of the great things they had done and concluded the 15-minute interview by asking when they would be starting.

“The arrogance was off the charts, and I ended the interview without bothering to try to get any information to judge their qualifications. Whether a candidate is confident or not, they have to fake it in an interview for it to be a success. But when it crosses over to arrogance, it’s a deal-breaker.” — Kris Hughes, senior content marketing manager for ProjectManager.com

“We have been working on a data science engineer role for a big startup. One of the guys we found was literally a genius! He passed four rounds of interviews, solved several data science problems and did a four-hour test with only two cups of coffee and a bag of Cheetos, all while streaming to four other people who were watching his every move. He was clearly brilliant, had matching experience and up-to-date skills. So the big day comes, and he’s about to do the formal, introductory interview with our client. Then ― two minutes before the call ― he tells me he’s decided to stay with his current company, and he wants to do both full-time jobs.

“He was entirely sure that four hours of sleep would be good enough, and figured this would be a good way to pay off his mortgage faster. I asked him not to mention this to the client’s team ― we would figure out after the call if there was anything we could do to make it work. But in the end, he decided to go ahead and try to negotiate his scheme on his first meeting with the client.” — Ihor Shcherbinin, director of recruitment at the DistantJob Remote Placement Agency

9. Bringing a buddy (or your mother)

“While it’s understandable that people need to work job interviews into their daily lives, don’t bring a partner, parent or dependent along to an interview with you. I was shocked when one candidate turned up to their scheduled meeting with their mother in tow. This was not for a junior, straight-out-of-college role ― but even if it was, it still would’ve been weird. If someone is tagging along with you for any reason, ask them to wait outside or at a nearby cafe until you are done.” — Jon Brodsky, country manager at Finder.com

“At the end of an interview, most employers will ask the interviewee if they have questions. If they say no, this shows me they don’t care enough about the job opportunity or the company. This also tells me they didn’t put time in to do a little bit of research before they came in. Not doing research suggests the employee is potentially lazy.

“Most companies now have an online and social media presence with a wealth of information to glean, so it shouldn’t take long to find the information they need to formulate a few sample questions. Great questions can show the interviewer how interested this person is in the job opening. As much as an employer likes a job candidate, they also want the job candidate to like them back. You don’t want to hire someone who will lose interest and leave within the first year of employment.” — Jason Carney, HR director at WorkSmart Systems

11. Lying about your connections

“One time I interviewed a woman who stated she was good friends with an employee in the office and talked about her family and how much she loved them. Yet when I asked the employee about it, she said that they were just acquaintances. Down the road, when we called her references, her previous boss told us on the phone that the candidate was known for lying, among other negative qualities.” — Sharon Kaslassi, media relations supervisor at Blonde 2.0

12. Being rude to the receptionist

“While junior team members usually didn’t have much sway in whether an offer was given, I liked getting their feedback when making hiring decisions, so I would have candidates go to lunch with younger team members. Some candidates don’t realize lunch is, while more casual, still a part of the hiring process.

“I’m always eager to hear what transpires in a more relaxed setting. Did the candidate treat everyone with dignity and respect? Were the younger team members dismissed as unimportant? When looking for team players, you seek feedback, especially from anyone who interacts with the candidate, including the receptionist.” — Alexander Lowry, professor of finance at Gordon College

“I had someone who called the front desk a dozen times so he could talk to other people in the company. What he didn’t realize was they had caller ID and saw that when he didn’t get what he wanted, he kept calling and calling and calling. He’d even hang up if the same person answered, like he was going to trick the receptionist. Needless to say, he didn’t get hired.” — Brianna Rooney, founder and CEO of Techees

Responses have been edited or condensed for clarity.