Where have all the teachers gone?

IMDiversity 5 years ago Comments Off on Where have all the teachers gone? 1.3 K

Where are all the teachers?

That’s what education expert Linda Darling-Hammond asks and answers in this post about the teacher shortage in many parts of the United States — and what can be done to finally end it.

While teacher shortages are not new, they are getting worse in many parts of the country. A report by the nonprofit Learning Policy Institute found that teacher education enrollment dropped from 691,000 to 451,000, a 35 percent reduction, between 2009 and 2014 — and nearly 8 percent of the teaching workforce is leaving every year, the majority before retirement age.

Darling-Hammond is founder and president of the Learning Policy Institute, which conducts independent, high-quality research to improve education policy and practice. She is also professor of education emeritus at Stanford University,  where she founded the Stanford Center for Opportunity Policy in Education. She is a former president of the American Educational Research Association and former executive director of the National Commission on Teaching and America’s Future, whose 1996 report “What Matters Most: Teaching for America’s Future,” was named one of the most influential reports affecting U.S. education in that decade. In 2008, she served as the leader of  President Barack Obama’s education policy transition team. Her book, “The Flat World and Education: How America’s Commitment to Equity will Determine our Future,” received the coveted Grawemeyer Award in 2012. 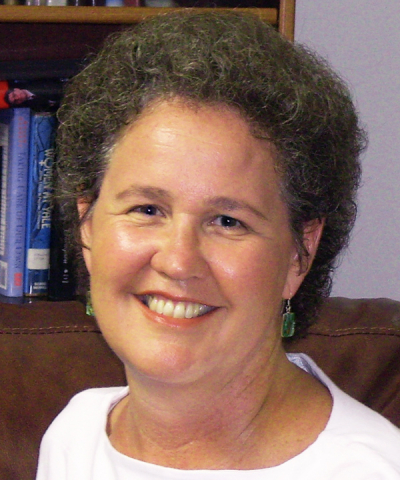 Across the country, districts and schools continue to struggle to meet the growing demand for qualified teachers. Since 2012, when Recession-era layoffs ended, the teacher workforce has grown by about 400,000, as districts have sought to reclaim the positions they had previously cut and replace teachers who have left. But even with intensive recruiting both in and outside of the country, more than 100,000 classrooms are being staffed this year by instructors who are unqualified for their jobs. These classrooms are disproportionately in low-income, high-minority schools, although in some key subjects, every kind of district has been hit. This is a serious problem for the children they serve and for the country as a whole.

Not only are underprepared teachers less effective on average, they are also 2 to 3 times more likely to leave teaching than fully prepared teachers, creating a revolving door that makes solving shortages an uphill climb.

The Learning Policy Institute documented the sources of current shortages last year in the report — A Coming Crisis in Teaching? — based on extensive analysis of several national datasets. With steeply declining enrollments in teacher education, high attrition rates, and growing demand stimulated by efforts to replace teachers laid off during the Great Recession, we projected that the United States could experience shortages of as many as 100,000 teachers by 2017 unless policy initiatives changed teachers’ willingness to enter or stay in the profession. 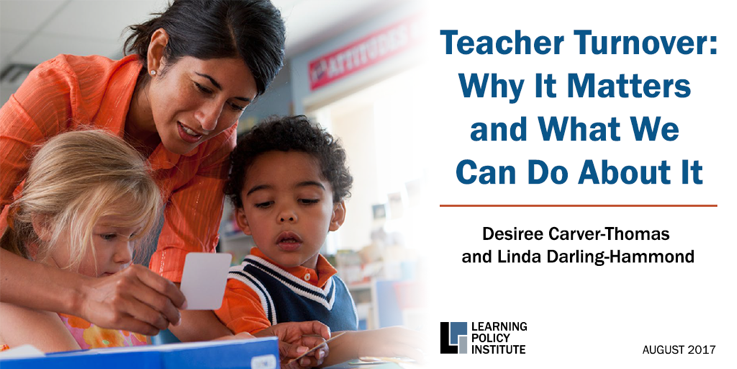 This estimate appears close to the current reality. Our recent review of state teacher workforce reports found that, in the most recent year reported, 31 states with data reported at least 82,000 positions filled by underqualified teachers, in addition to at least 5,000 unfilled vacancies during the school year. Assuming similar rates of shortage in the remaining states, the national total is about 110,000 individuals teaching without having met certification standards. This number understates total shortages because some states have only partial survey data or report uncertified teachers only in core areas (not all subjects).

Current data on the 2017-18 school year confirm that most states are still experiencing difficulty hiring qualified teachers in multiple fields. The U. S. Department of Education reports that a majority of states identify shortages of teachers in mathematics (47 states and the District of Columbia), special education (46 states and D.C.), science (43 states), world languages (40 states and D.C.), career and technical education (32 states), teachers of English learners (32 states), art, music, and dance (28 states), and English (27 states).

States do not feel the impact of shortages equally: Those with lower salaries and poorer conditions have larger shortages. And shortages do not impact all children equally: Office of Civil Rights data show that districts serving children of color are about four times more likely to be assigned uncertified teachers. Low-income students, students with disabilities, and English learners are also more likely to be taught by underqualified teachers than other students, with negative effects on their achievement.

A small current uptick in teacher education enrollments is nowhere near enough to solve the problem. But recruiting more qualified teachers is only a small part of the answer. A new report by the Learning Policy Institute addresses the problem of teacher turnover, which is the larger part of the problem and the solution. At about 8 percent, annual teacher attrition in the United States is about twice the rate of that in high-achieving jurisdictions like Finland, Singapore, and Ontario, Canada, and considerably higher than it once was here. (U.S. teacher attrition was only 5 percent in the 1990s.)

About 90 percent of the annual nationwide demand for teachers is created because teachers leave the profession. Two-thirds of those teacher leave for reasons other than retirement, including lack of adequate preparation and mentoring, pressures of test-based accountability, lack of administrative supports, low salaries, and poor teaching conditions. These conditions, too, vary significantly across the states and influence both turnover and shortages.

The financial costs of teacher turnover are also high. When schools are continually losing teachers, relationships are disrupted, professional development investments are thrown away, and curriculum and school improvement efforts are derailed. Replacement costs range from about $10,000 in rural and small suburban districts to more than $20,000 per teacher in urban districts, totaling more than $8 billion annually.

Of course, some attrition is necessary and even desirable, particularly when it means that teachers who are ill-suited to the profession find a better fit elsewhere. But U.S. turnover rates far exceed productive sorting; they reflect systemic challenges and require systemic solutions.

If we could cut U.S. rates of attrition in half — to the level experienced in high-achieving jurisdictions — our supply would outpace the demand for teachers and, with some field-specific adjustments, we could virtually end our nation’s recurring teacher shortage crisis. Stemming this teacher exodus is crucial to ending teacher shortages. So, how do we keep teachers in the classroom? When we examined teacher turnover, controlling for many other student, teacher, and school factors, we found three major elements that matter:

High-quality, high-retention entry pathways: Teachers who are well-prepared and well-mentored are much more likely to stay in teaching, as well as to be effective. Policies can expand high-retention pathways into teaching by providing:

*teacher residency programs that provide apprenticeships in high-need districts under the wing of expert teachers while teachers are completing their training, also paid back with years of service

* high-quality mentoring for new teachers that helps them survive and succeed in their early years on the job.

School leadership: Administrative supports have a large effect on teachers’ decisions to stay in a given school and in the profession. Policymakers can reduce this source of turnover by supporting principals’ preparation to create supportive, collegial teaching environments that enable teachers to be effective. Accreditation and licensure standards for principal training programs that emphasize these leadership skills are a key starting point. States can also develop residencies for principal training, along with state leadership academies that provide mentoring and professional development to prepare school leaders for this important and demanding work.

Compensation: Controlling for other factors, teachers in districts with stronger salary schedules are much less likely to leave their schools or the profession than teachers in districts with poorer pay scales. States and districts should provide teacher compensation packages that are competitive with those of other professions requiring similar levels of education, and that are equitable across districts, so all schools can compete in the labor market for well-qualified teachers. They can also offer housing and child care supports that make the job of teaching more affordable.

We look forward to the day when our growing teaching force is filled with well-prepared and strongly committed teachers, so that parents don’t have to hold their breath before the school year begins and every student can learn from an effective teacher who is happy to be there for the long haul.