IMDiversity 4 years ago Comments Off on Women and black college graduates are paid less right out of the gate 1.6 K

Certain college graduates from the Class of 2018 will start out their careers behind some of their friends, due to circumstances beyond their control.

On average, black college graduates between the ages of 21 and 24 earn $3.34 less per hour than their white counterparts, a difference of about $7,000 per year, according to an analysis published this week by the Economic Policy Institute, a left-leaning think tank. And though not quite as steep, the gulf between the wages of female and male young college graduates stands at a still large $3.15 per hour, EPI found.

The data indicate that, despite the large pay gaps, these workers earned similar credentials and have had similar levels of experience. “To see such a large and economically meaningful gender and racial gap at the start of their careers is troubling to say the least,” said Elise Gould, a senior economist at EPI and one of the authors of the report. 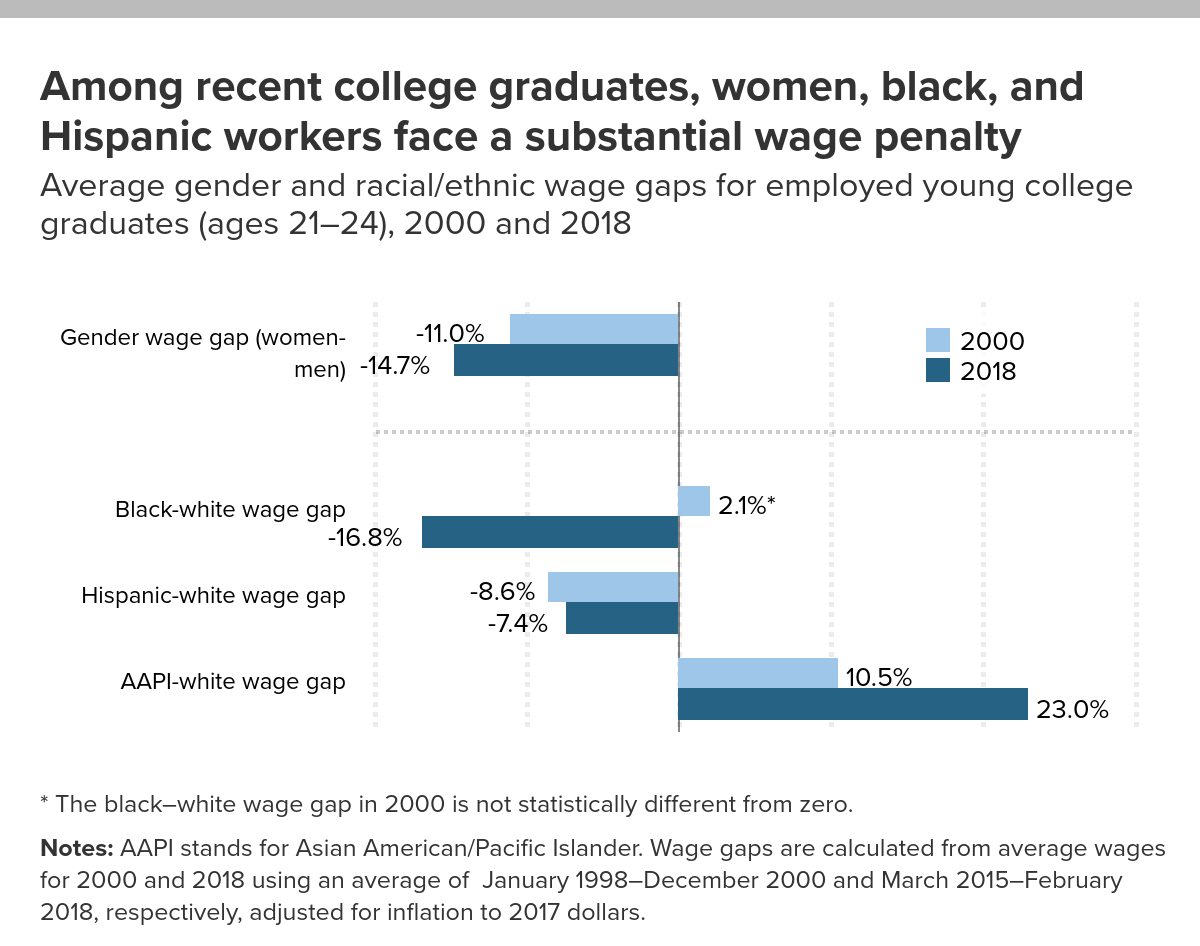 For both women and African-American borrowers, the wage gap is part of what fuels these challenges paying back loans. It’s hard to figure out exactly why these pay gulfs exist even at the beginning of college graduates’ careers, particularly because it can’t be explained by some of the more popular reasoning offered for the gender pay gap, like the so-called “mommy penalty” that typically occurs later in a workers’ career. 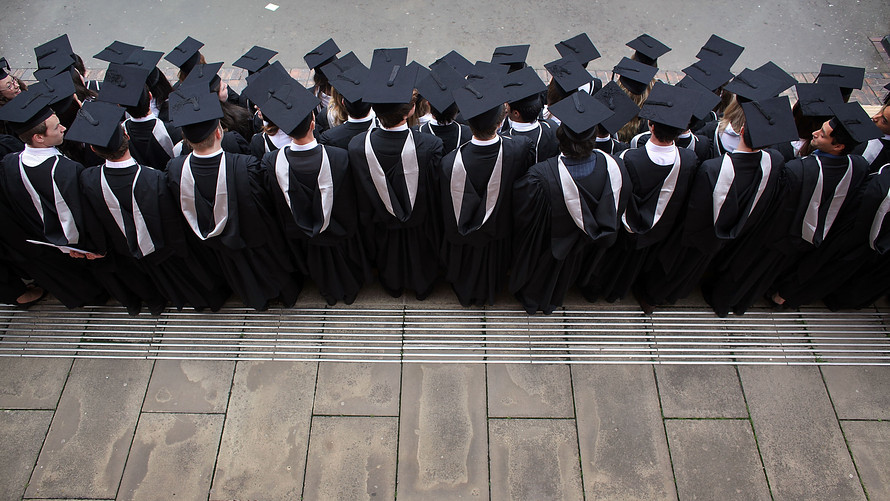 It’s possible some of this gap at graduation may be explained by so-called occupational segregation — or the idea that women, in particular, are more likely to major in and work in fields that pay less. School segregation may also play a role; black students are more likely to attend less-selective and under-resourced schools that can result in poorer outcomes. And then, of course, there’s out and out discrimination on the job hunt.

The situation is getting worse. The wage gaps between both men and women and black and white young graduates were actually smaller in 2000, according to EPI.

“The high pressure economy of the late 1990s led to disproportionate gains for historically disadvantaged groups,” Gould said. “It appears to me that now that you have all of these sidelined workers and who are these employers bringing back in? They seem to be bringing back in the workers that they did 30 years ago.”

There are some steps companies and lawmakers could take to make a dent in the gulf, Gould said. Those include making employees’ pay transparent so they can get a sense of how they measure up to similar workers, enacting strong anti-discrimination laws and working to make high-paying fields that have historically been hostile to women and minorities more open to those workers.

In the meantime, these young college graduates are losing out on thousands of dollars a year that will build over the course of their careers. “Any difference would be a problem, but this is economically meaningful,” Gould said.