IMDiversity 5 years ago Comments Off on Working Class America 2.1 K

Americans tend to say that they are working class, not middle class Decades of rising income inequality look set to put the ‘middle class’ and its woes back on the political agenda as candidates for 2016 compete to demonstrate that they will be best for the middle class. Politicians rarely talk about the working class, however, and their definition of what counts as ‘middle class’ is much broader than it is for most Americans. Hillary Clinton, for example, has routinely described people earning up to $250,000 as ‘middle class’. 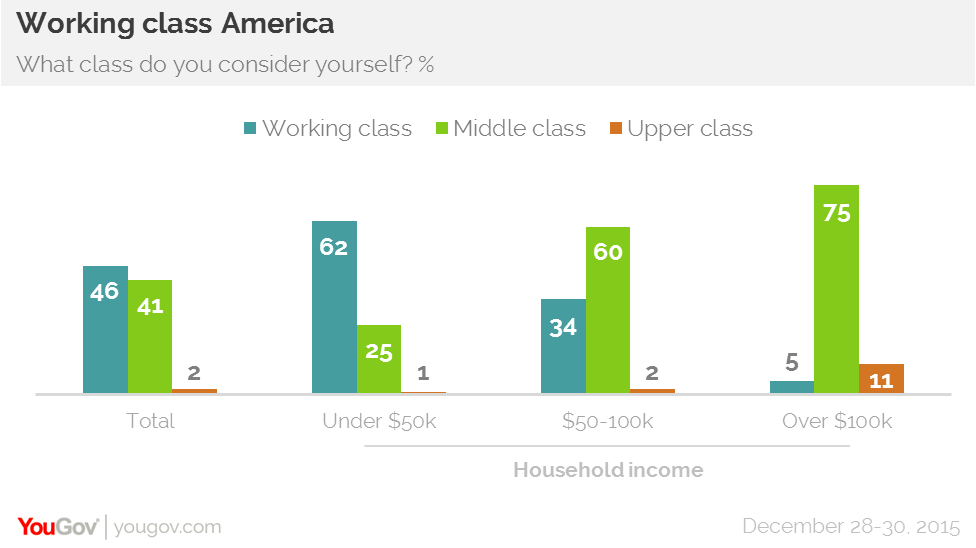 The popular definition of middle class is far more narrow than that of politicians. Respondents were asked to name the lowest and highest annual income which they think constitutes the middle class, and the median result is that in order to be middle class you need to earn over $50,000 but no more than $100,000. The poorest Americans have the narrowest definition ($45-80k) while the richest have the broadest ($50-150k). 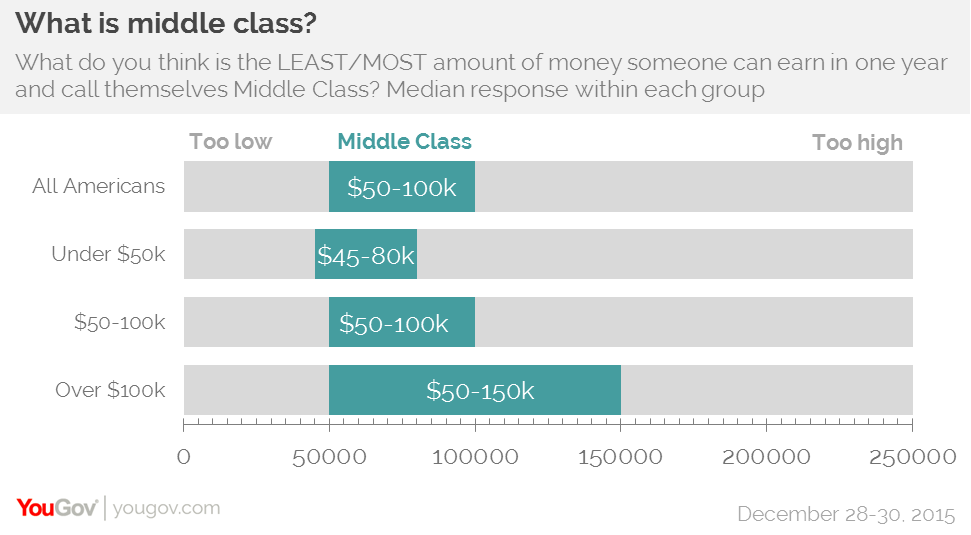