For many Native Americans, Thanksgiving is a day of mourning

IMDiversity 6 years ago Comments Off on For many Native Americans, Thanksgiving is a day of mourning 682 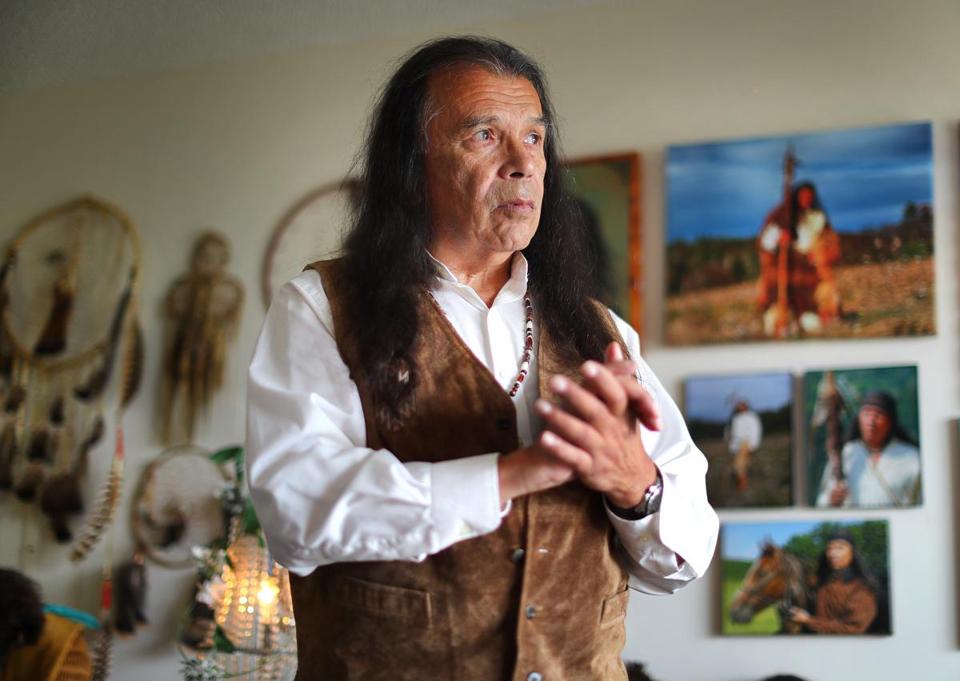 “I take pride in how Wampanoags welcomed the settlers. They played an important part in the history of this country.” – Gene Williams

There is no “thanks” in Thanksgiving for most Native Americans, no turkey with all the fixings around a table filled with family and friends.

For many indigenous people in Greater Boston, the holiday is a day of mourning as they reflect on centuries of racism, genocide, and attempts to destroy their culture.

Just as there is no one Native American nation, there is no one way to mark the holiday. What to do on Thanksgiving is an individual decision often based on tribal history, personal experience, and family traditions.

Mahtowin Munro, who lives in Boston and is coleader of the United American Indians of New England, and Northeastern University student Thalia Carroll-Cachimuel of Watertown will join hundreds at the 47th National Day of Mourning in Plymouth on Thanksgiving Day. 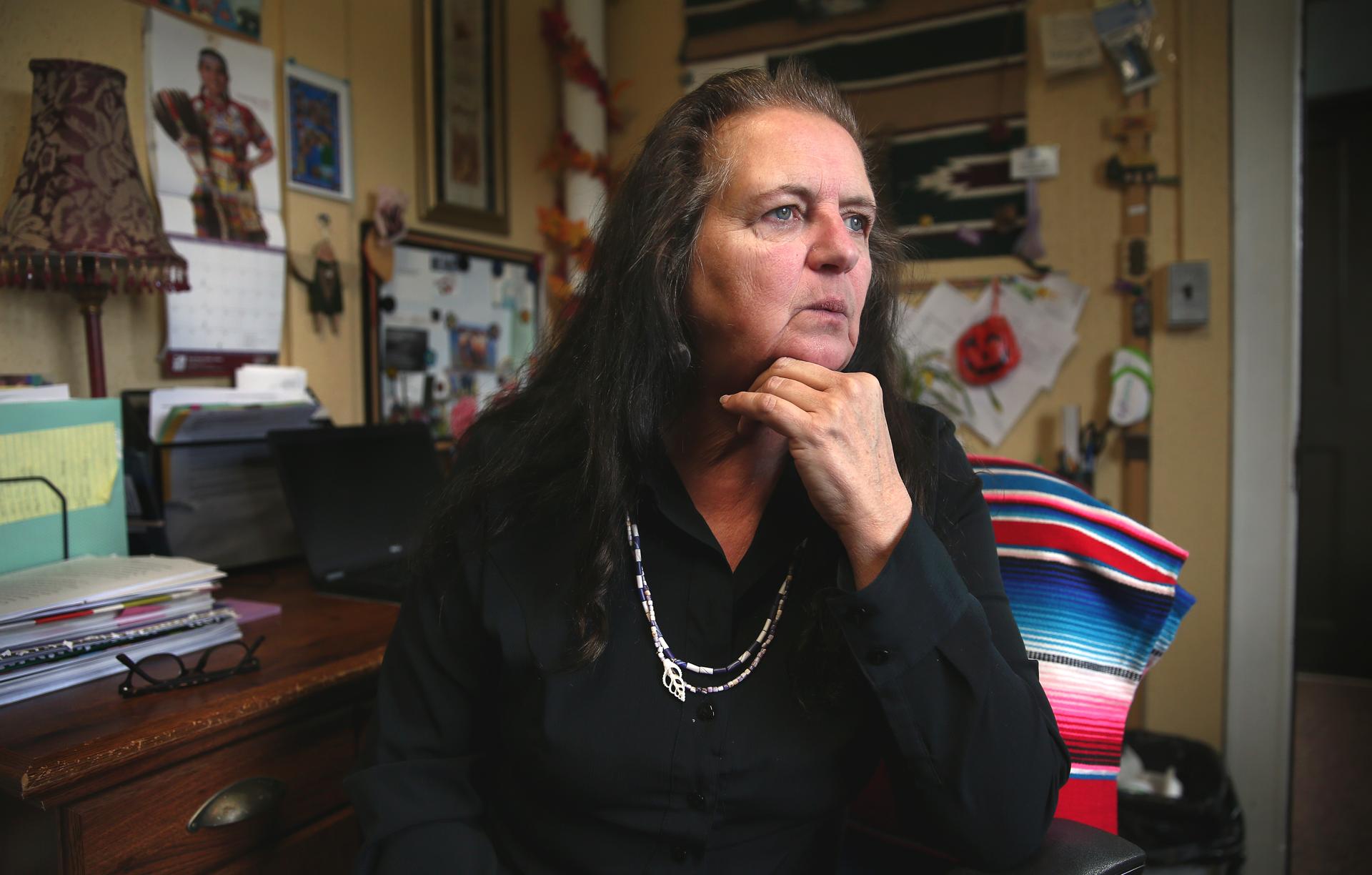 “It is concerning that the myth of the first Thanksgiving is still being perpetuated in schools across the state.” – Joyce Rain Anderson

Joyce Rain Anderson of Brockton has attended the gathering in previous years. This Thanksgiving, she will take a walk and reflect on the past but also look to the future.

Claudia Fox Tree, who raised her family in Bedford and recently moved to Billerica, will fast and reflect on the struggles of her people.

Despite his Narragansett and Apache lineage, Gene Williams of Amesbury grew up with a conventional Thanksgiving feast and will continue that family tradition.

As he has been for most of the past two decades, Darius Coombs will be at the Wampanoag Homesite in Plimoth Plantation, sharing the history and culture of his people with guests.

“We have an obligation to help people understand and respect our history and culture,” said Coombs, who lives in Falmouth. “All the staff at the Wampanoag Homesite are Native Americans. On Thanksgiving, some will wear black face paint as a sign of mourning to remember those that died so that we would be here.”

Fox Tree, who is part of the Arawak Nation, is a public school teacher. She also gives lectures on Native American identity, culture, and history.

“Our people have always been thankful for the Earth and our natural resources. My family hosts a dinner of thanks on the September equinox, where we give thanks for the seasons.”

Williams, 70, is a volunteer with the Mass. Center for Native American Awareness, based in Danvers. He speaks about Native American history and cultures at schools and for community groups.

“I take pride in how Wampanoags welcomed the settlers,” he said. “They played an important part in the history of this country. If they had not helped the Pilgrims, the next ship would not have come.

“I do not look at the history as one of racism. For me, it was one period of time versus another. Native Americans and indigenous people around the world could not stem the tide of Europeans.”

Others, such as Munro, have a different perspective.

“Did the history of this land begin in 1620? Were there no people here before the English came?” she asked. “Plymouth Rock is a monument to racism. At the National Day of Mourning, we gather on Cole’s Hill and tell the history of the Wampanoag people and challenge the myth of why the Pilgrims came and that everyone lived happily ever after.”

According to US Census figures from 2015, about 33,972 — or 0.5 percent — of Massachusetts residents are Native Americans. There may be more.

“Historically, we were not encouraged to identify ourselves,” said Ramona Peters, tribal historic preservation officer for the Mashpee Wampanoag.

Anderson, of Brockton, is an associate professor of English and the Ethnic and Indigenous Studies coordinator at Bridgewater State University.

“It is concerning that the myth of the first Thanksgiving is still being perpetuated in schools across the state,” she said. “Unfortunately, there are schools out there where some children still wear Pilgrim hats and others wear feathered headdresses. The time leading up to Thanksgiving is fraught with tension for many Native Americans.” 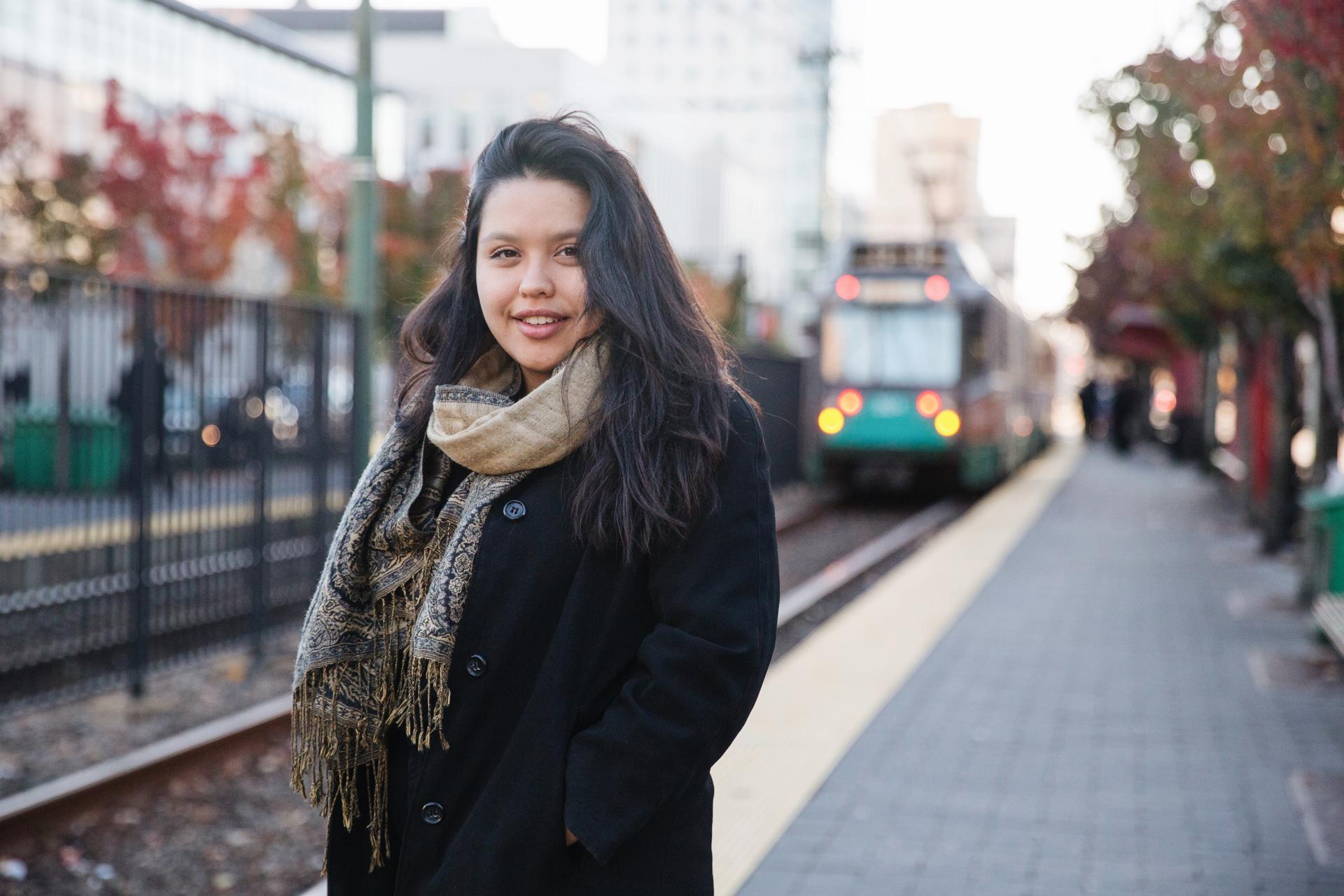 Thalia Carroll-Cachimuel, Watertown: “Every year it is inspiring to be part of the rally and to show support for indigenous people around the world as we reflect on the history of our ancestors and address current and future issues.”

Carroll-Cachimuel of Watertown, who is 21 and studying social justice at Northeastern, represents the future.

“I have been attending the Day of Mourning for as long as I can remember,” she said. “My father is Kichwa. My mother is white. She grew up celebrating the traditional American Thanksgiving, but after marrying my father and understanding what has happened to the indigenous people, our family participates in the Day of Mourning.”

During a recent co-op placement at the United Nations, she applied 21st century social media skills to raise awareness of social justice issues. Politically active, she focuses on environmental issues impacting indigenous people, such as the Dakota oil pipeline, which could endanger the water that supplies an estimated 15,000 who live on Standing Rock Sioux Reservation land in North Dakota. The pipeline also would cut through sacred land.

“I am sure some of the speakers in Plymouth this year will address the Dakota pipeline. The Dakota pipeline is a huge issue for me,” Carroll-Cachimuel said. “Every year it is inspiring to be part of the rally and to show support for indigenous people around the world as we reflect on the history of our ancestors and address current and future issues.” 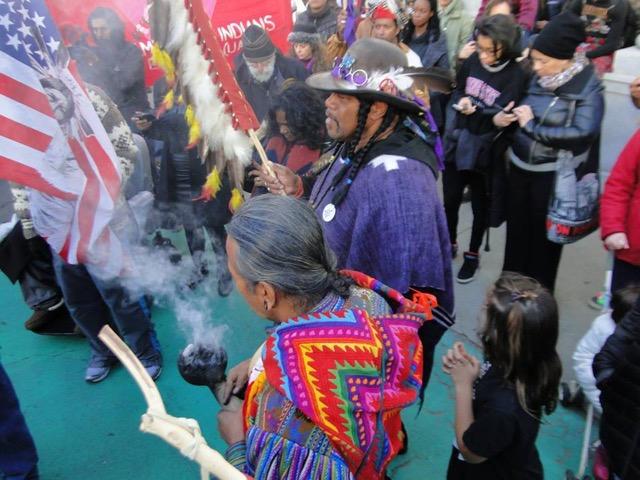 The National Day of Mourning gathering on Thanksgiving last year in Plymouth.