15 Ways to Win Your Phone Interview

A phone interview for a job can feel casual. You’ll be making a mistake if you treat it that way.

Don’t underestimate a phone interview or cast it aside as a rehearsal. Treat it with the same vigor as you would an in-person interview.

You’ll need to research whoever is interviewing you, of course. You should have prepared questions about the company ready. Your practiced answers should be short yet fortified. 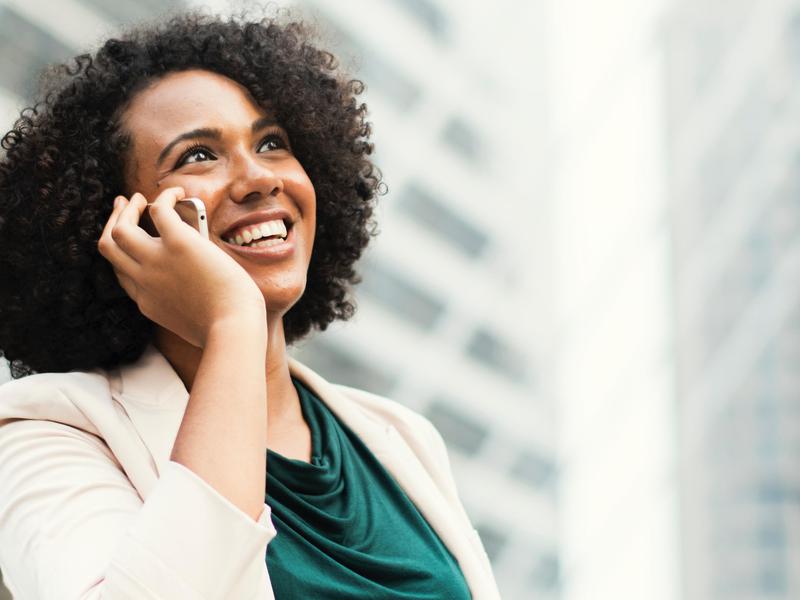 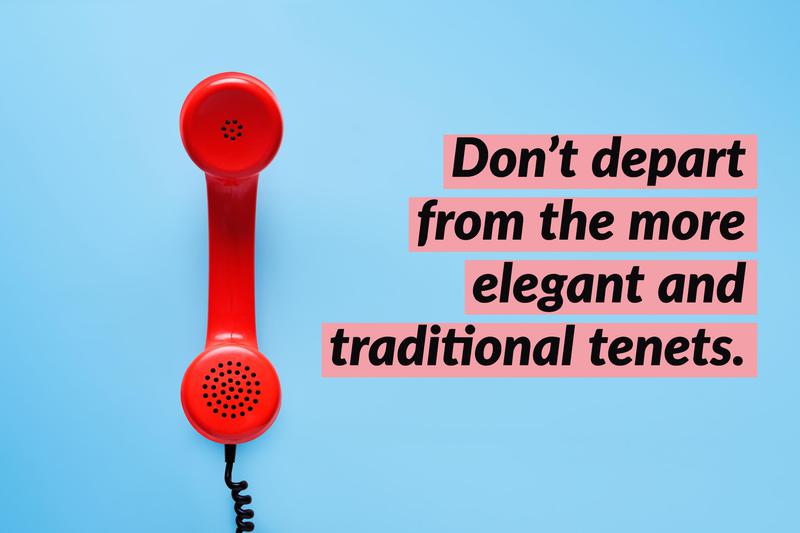 Some decorum may start to evolve, she says, as a new generation starts to occupy the chairs in Human Resources. “As the millennials get the jobs and become the HR reps, the level of formality could change,” Polkes said. But until then, don’t depart from the more elegant and traditional tenets.

“Better to be more formal,” she said. “If someone walked down the hallway towards me I would say formally, ‘How are you?’ It’s no different on the phone.”

Let Them Hear Your Smile 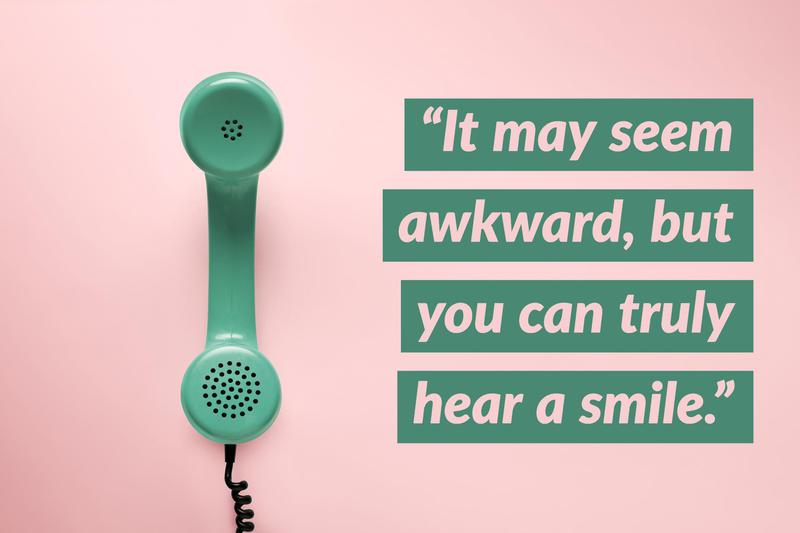 Polkes advises applicants to suit up and be prepared before the phone rings. That means no lounging in a hammock. In fact, it’s best to avoid being horizontal while talking.

“Get up and smile,” Polkes said. “If you just smile the confidence follows. Treat it like you’re interviewing in-person.”

Emily Martin, Head of Growth and People at Triplemint Real Estate, seconds the smile. For her, a smile transmits over the phone line.

“It may seem awkward,” she said, “but you can truly hear a smile.” 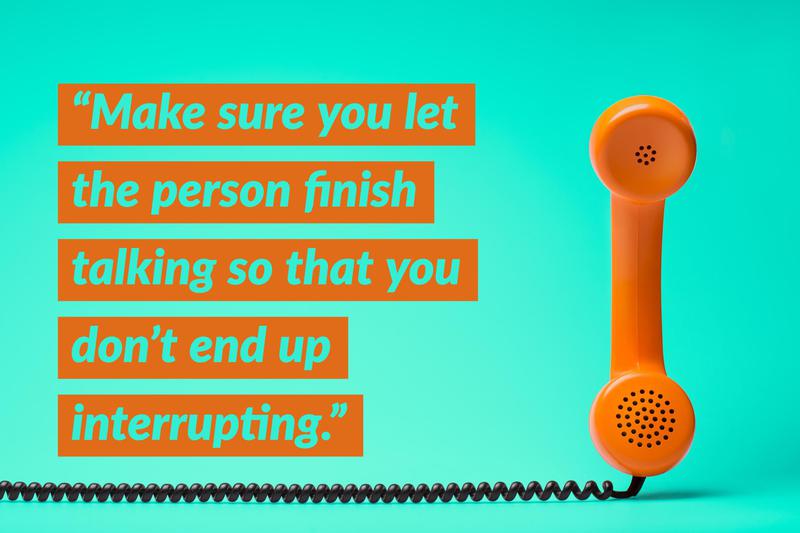 “There is that lull with the phone,” she said. “You can’t see who is talking and don’t have visual cues.” She says the limited visibility “makes it so much harder.”

Know that beats of silence are okay. However, cutting in when someone isn’t done talking can be off-putting.

“Make sure you let the person finish talking so that you don’t end up interrupting,” she said. “Give them that beat.”

Do Your Due Diligence 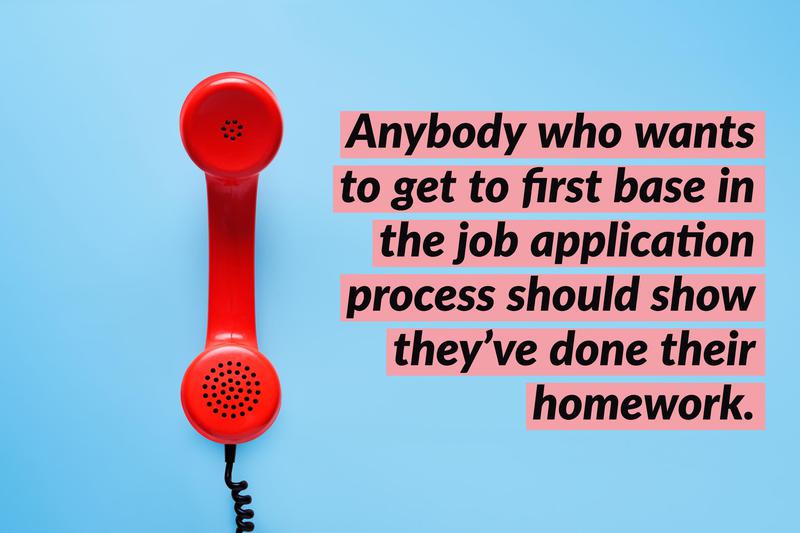 With LinkedIn, Facebook, Twitter and Google at your disposal, there’s no excuse to not know your interviewer.

Tony Le, Senior Talent and Recruiting Partner at Workday, advises prospects to research who they’ll be speaking with and to “see what type of employees work there.”

Google the company and explore its “About Us” section.

Karen Shnek Lippman, who identifies senior-level and C-Suite candidates for some of the biggest companies in the world for Koller Search Partners, says anybody who wants to get to first base in the job application process should show they’ve done their homework.

Martin looks for standouts that can play gumshoe and find compelling bits about a company.

“Point out something that excites you about the company for when the interviewer asks, ‘Why do you want to work at X company?’” she said. 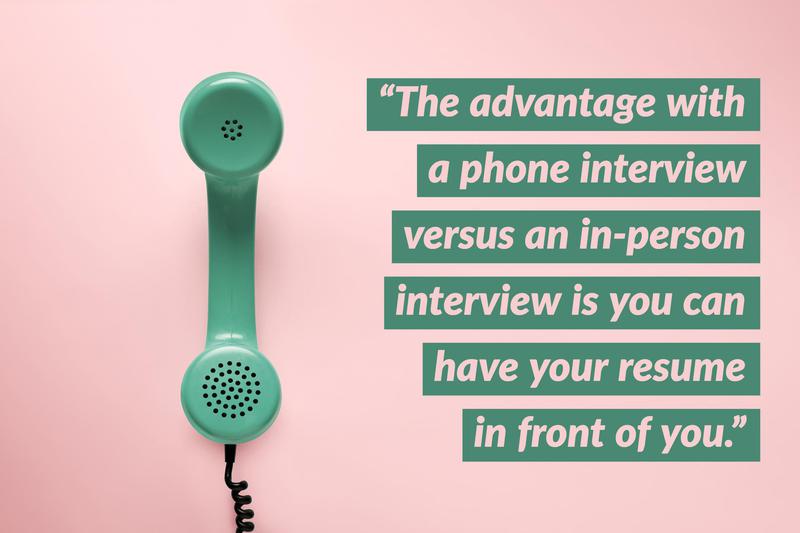 Ditto with some prepared questions and some thoughtful answers.

“You can have notes in front of you,” she said. “[It’s] something you can’t have in an in-person interview.”

You can even print out a copy of the job description, she says, “so you can read it and use the words they use.”

This is in no way being disingenuous, Polkes says.

“You get thrown in an interview and may not remember the best way to articulate something,” she said. “So why not have the materials?” 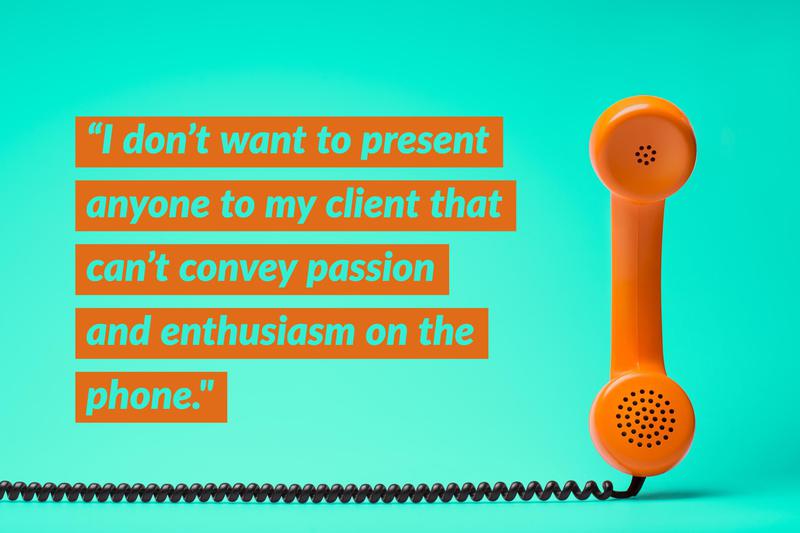 “I don’t want to present anyone to my client that can’t convey passion and enthusiasm on the phone or in-person,” Lippman said.

She adds: “Why would you? Would you want to present someone that was lukewarm with his/her interest level? Of course not.” 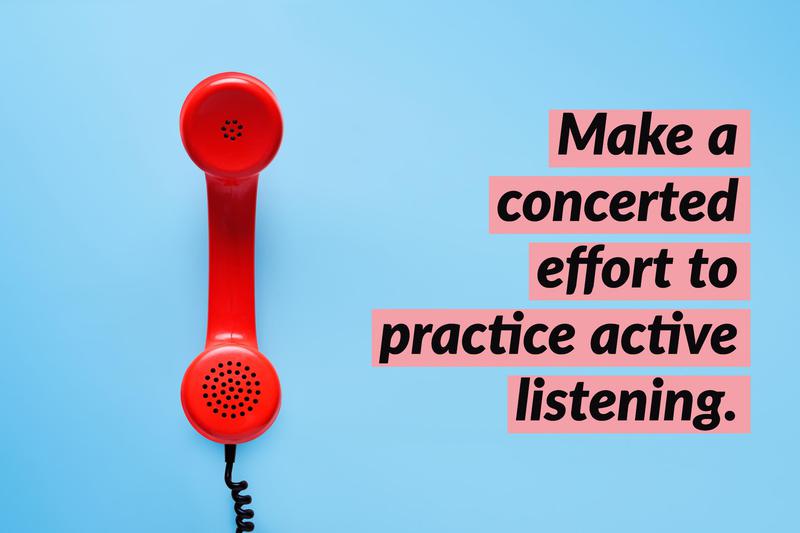 One active listening skill involves brief acknowledgments of what you’re hearing, short phrases like “I see” or “Sure.”

Le says another technique is to “repeat the question to show you were listening and make sure you understood it correctly.” 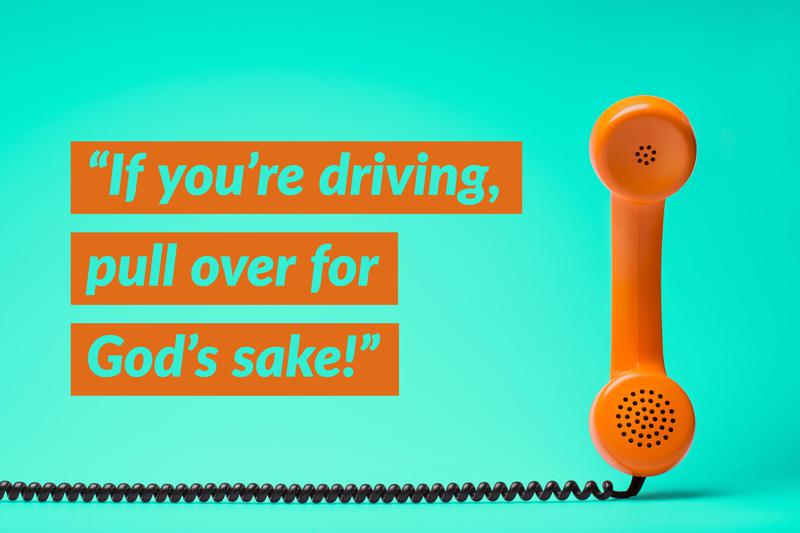 “If you’re driving, pull over for God’s sake!” said Polkes.

Not only is it dangerous and illegal in some jurisdictions, you’ll be distracted and it’ll be noisy.

That’s a less-than-ideal situation, to put it mildly. 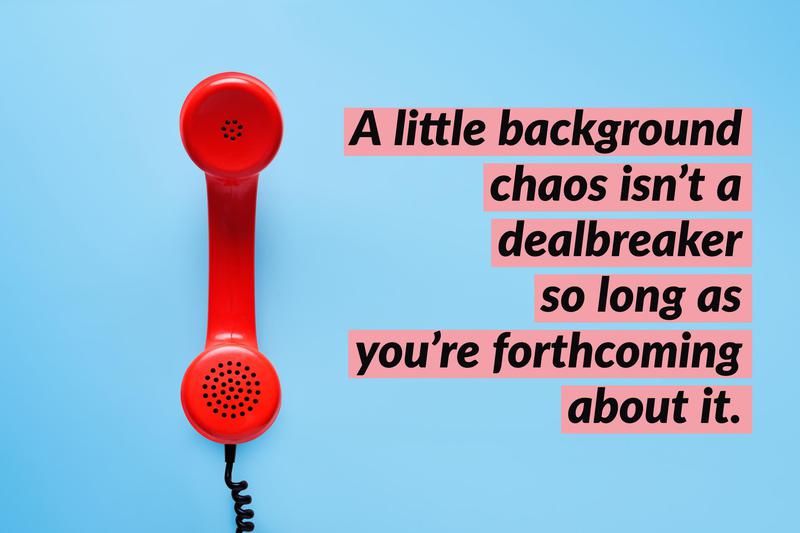 Walking into an urban wilderness is another nonstarter. Le says it’s wise to avoid noisy places. One doomed hopeful, he recalls, decided to have the phone interview “in the middle of Times Square.”

Brittany Liberatore, Vice President of Human Capital Management at Gregory FCA, says a little background chaos isn’t a dealbreaker so long as you’re forthcoming about it.

“I understand you may be on a lunch break or may have spotty reception because you are on your cell,” she said. “If possible, find a quiet space and give yourself time to get settled before the call.”

That may not be feasible for most working people squeezing in chances to nab their dream jobs during a coffee break. So Liberatore advises mentioning your circumstances at the beginning of the interview.

“This way the person on the other end isn’t wondering what’s going on in the background,” she said. 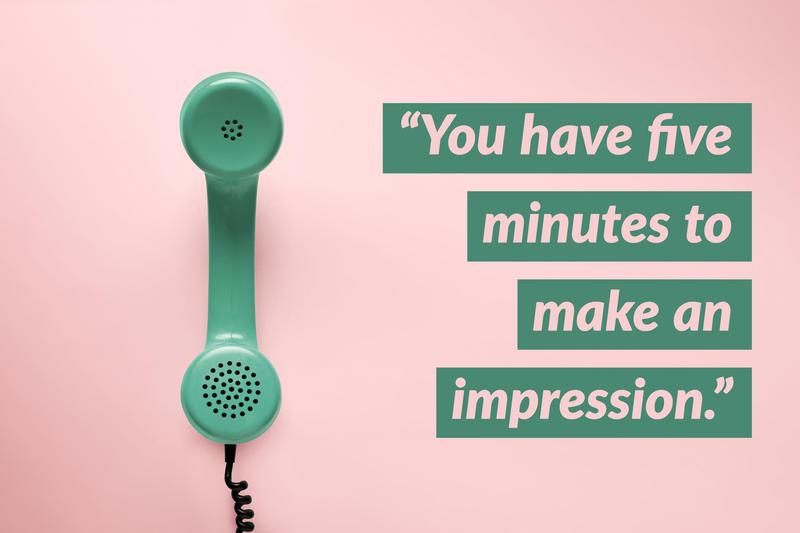 Karen Shnek Lippman, who identifies senior-level and C-Suite candidates for some of the biggest companies in the world for Koller Search Partners, likens the phone interview to convincing a big shot Hollywood producer to greenlight a film project.

“You have five minutes to make an impression,” she said. “It’s the same thing with a very experienced recruiter. We know what we are looking for. We understand our companies. We understand our clients. Our job is to figure out who will be successful.”

She adds: “If your elevator pitch on the phone is exceptional, you’re going to get to the next stage with me.” 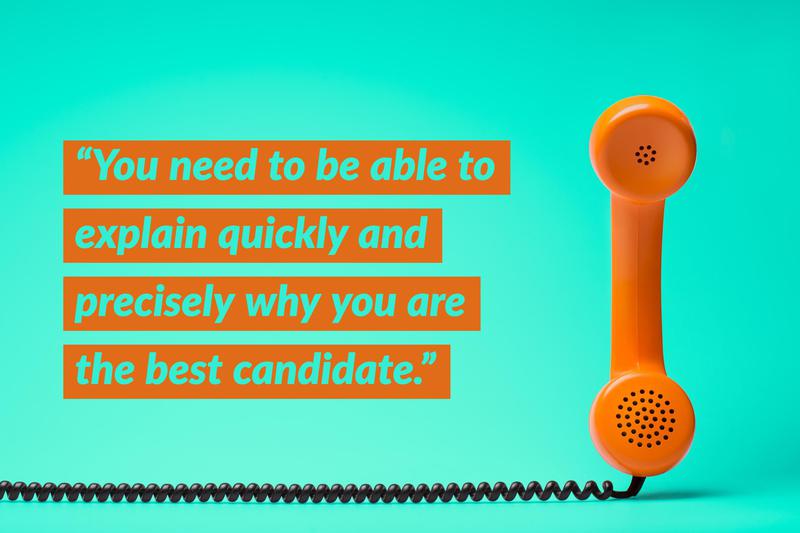 It’s as relevant as being able to answer questions designed to throw you off balance..

“You need to be able to explain quickly and precisely why you are the best candidate for the job,” Lippman said.

Having a few snazzy awards splashed on a CV isn’t enough to impress.

“I care about results and the successes you drove and more important, what you contributed towards getting there,” she said. 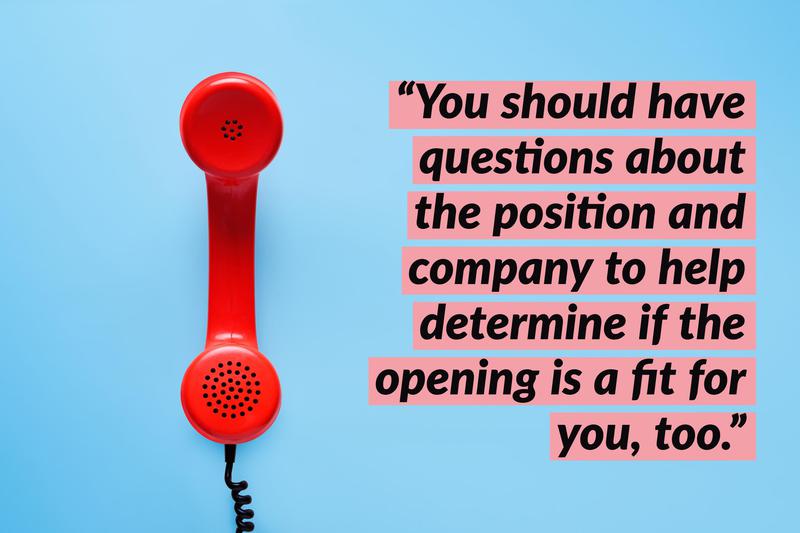 Liberatore encourages more than a thorough dig on the company you are hoping to commit to. You have to study up on the company and the interviewer, but “you should have questions about the position and company to help determine if the opening is a fit for you, too,” Liberatore said.

Workday’s Le says there’s nothing wrong with using a prepared set of questions to drive home issues. “Write out questions about the manager, the role and the company for the end of the interview,” he said.

Some of Le’s sample questions:

* What skills do I need to succeed in this role?

* What makes this company different?

* What keeps you excited about the role?

One potential snag: Some of your pre-written questions may be answered by the end of the call. So no harm in overcompensating with more questions than you think you’ll need.

Also, be careful not to ask something that was already covered. You don’t want to send the message that you’re not listening. An even worse outcome: You don’t have any questions to ask.

“People may think this is just on the phone so they don’t think they need to be prepared to answer the inevitable, ‘Do you have any questions for me?’” Polkes said. “Always be prepared to ask questions. It shows you have done your research and it is a crucial part of the screening process.” 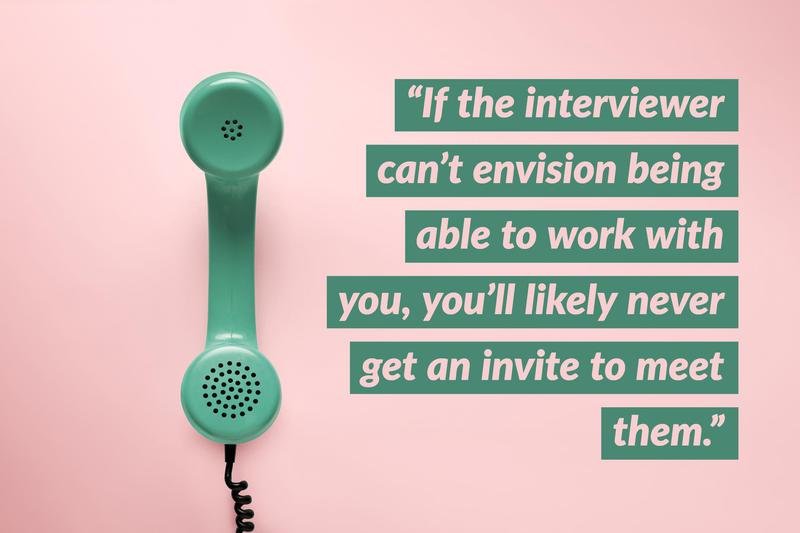 Le says a phone interview is about learning about whether a person can do the job. But it’s also, “Can I imagine myself working with you?”

You could be chock full of skills, but Le says much of it comes down to whether or not you jive with your interviewer and the company’s culture.

“If the interviewer can’t envision being able to work with you, you’ll likely never get an invite to meet them,” Le said.

Lippman says no matter the job, being thorough and being a convincing storyteller over the phone plays a huge part in the decider’s mind.

“No matter what you do for a living, if you’re an engineer, a developer, a CFO, a librarian — you have to be able to convey passion for what you do and tell your story,” she said.

Martin says that the question of your background is almost a guarantee, so “practice summarizing your career background concisely so that when the interviewer says ‘Tell me about yourself’ you have a clear answer.”

If You Don’t Nail Your Elevator Pitch, It’s Not Over 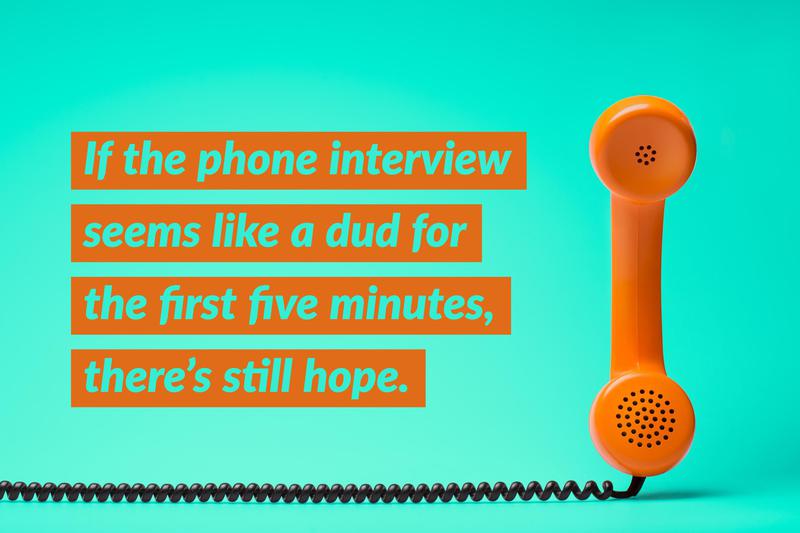 If the phone interview seems like a dud for the first five minutes, Lippman says there’s still hope.

“I don’t ever judge someone whenever I’m grading by phone,” she said. “While the first five minutes should be your time to sell yourself, I’m also taking into account many factors. So I will continue prompting and prodding a candidate to make sure that the first five minutes are not going to be the outcome of the conversation.”