Being from a privileged background helps men, but not women, get top jobs

IMDiversity 6 years ago Comments Off on Being from a privileged background helps men, but not women, get top jobs 1.1 K 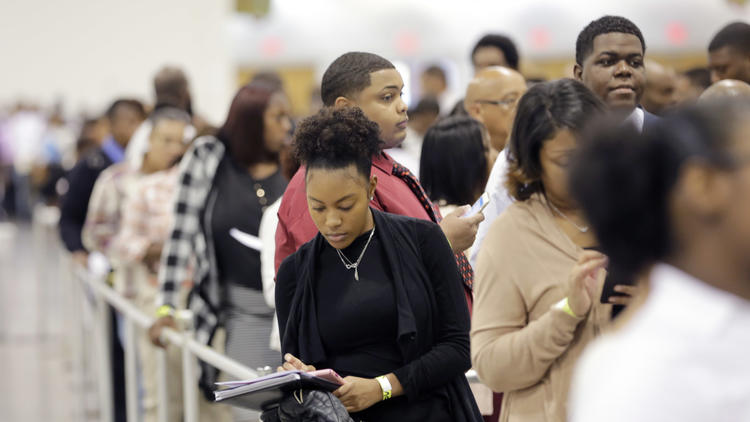 American higher education has been seen for generations as an engine of opportunity to spur social mobility. But now social class is increasingly a roadblock to graduating from college.

Whether students drop out of school is almost entirely dependent on one factor: their parents’ income. Children from families who earn more than $90,000 a year have a 1 in 2 chance of getting a bachelor’s degree by age 24, but that falls to a 1 in 17 chance for those earning less than $35,000.

Now evidence from a new study finds that social class also plays a role in the job market after college.

The study, by Lauren Rivera at Northwestern University and András Tilcsik of the University of Toronto, focused on law-school students. The pair of researchers sent fictitious résumés to more than 300 law firms in 14 cities for summer intern positions, with slight alterations to the names, genders, and activities of the students.

Although the academic and professional qualifications were the same, male applicants who appeared to be from privileged backgrounds received significantly more callbacks for interviews than low-income students, and even similarly well-off women.

“The female applicants from privileged backgrounds faced a penalty because they were perceived as less committed to full-time, demanding careers,” Rivera told me.

The researchers concentrated their research on summer associates because nearly all new hires at law firms come through those programs. They also looked at students from second-tier law schools to ensure that elite educational credentials didn’t skew perceptions of the applicant.

Applicants from privileged backgrounds were given the last name Cabot, and their résumés were sprinkled with markers of an upper-class upbringing: an athletic award, a member of the sailing team, and an interest in polo and classical music. Meanwhile, low-income students carried the name Clark and their résumés has such signals as a financial-aid award, member of the track and field team, and an interest in country music.

Overall, 316 applications generated 22 interview invitations. All but nine of them went to the high-income men.

In follow-up discussions with the law firms, the researchers found that the attorneys reviewing the résumés were looking for what they described as “fit.” They wanted to hire people like themselves, applicants with whom they shared a certain chemistry, in the same way you might evaluate someone you’re on a date with, or someone you would want to be stuck next to in an airport during a lengthy delay. That’s why extracurricular activities mattered. Rapport with an applicant often came through shared activities, such as travel or sports.

Many of the hiring attorneys interviewed for the study considered the lower-class applicants to be better suited for public-service and government positions and said they wouldn’t do well in the corporate legal world. Privileged male applicants were commended for their extracurricular activities and were seen as a great fit for the culture of a law firm.

Rivera is not new to research on how social class impacts the job search. Last year, she wrote a book, Pedigree: How Elite Students Get Elite Jobs, that found the affiliations of applicants – where they went to school, where they interned or worked previously, or the power of their network – heavily influenced whether they made it into the interview room in the first place. That book focused on law firms, investment banks, and consulting firms. At one hiring committee meeting Rivera attended, she watched as a law partner who was a Red Sox fan reject a candidate because he was a Yankees fan.

Over and over again, hiring managers told Rivera they were looking for a certain “polish,” candidates who would “show well,” though the managers often had difficulty defining what they meant. Despite lack of agreement on what those terms mean, employers regularly dismissed applicants who had insufficient polish and who might stand out in a negative way with clients who were older and had more experience.

Many of the extra-curricular activities Rivera found made a difference with employers in both her study and book — such as lacrosse, skiing, and golf — required significant investment by students and parents starting at a young age. “So these activities are impossible for students to easily pick up in college just to get ready for the job market, and in most cases they can’t afford them anyway,” she said.

Rivera told me that the only way to reduce class bias in hiring is for employers to ban extra-curricular activities from résumés or at least conceal them in the hiring process.

This year’s presidential campaign featured plenty of discussion about the rising cost of college for low-income and middle-income families. But as this study and Rivera’s book shows, unless some employers change how they hire, social class will continue to shape a person’s career — even those who fight the odds and get a degree.