Colleges Really Need to Rethink the Career Advice They Deliver

IMDiversity 6 years ago Comments Off on Colleges Really Need to Rethink the Career Advice They Deliver 1.7 K

A new report suggests most graduates don’t find the current offerings very helpful. Interestingly, minority graduates were the most likely to visit their career-services offices. 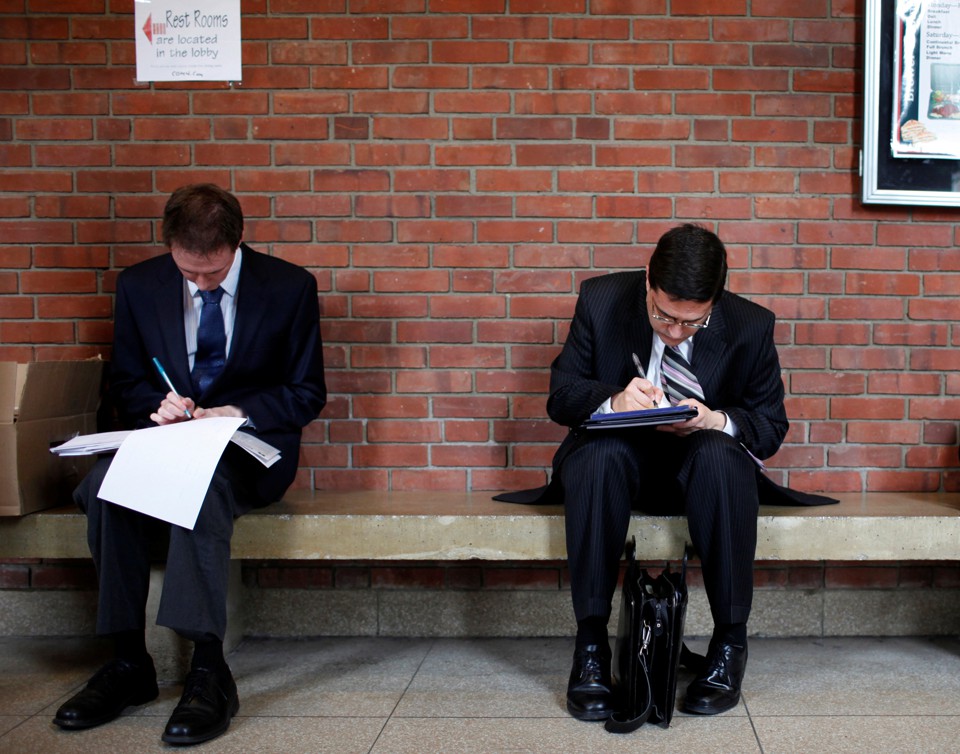 Colleges and universities are spending too much time admitting students and not enough time on the exit process after the last finals are handed in and the graduation caps tossed. And as more students who see college as a step toward upward economic mobility pursue higher education, the risk that young people will be left flailing in an economy where post-secondary education is more critical than ever stands to grow. That’s particularly true for young people who come from families unfamiliar with the process.

One place where more colleges could help ease the transition from school to the workforce is the career-services office. According to a new Gallup-Purdue Index, only about half of college graduates visited that office on their campus, and alarmingly few found it very helpful.

The new report is part of a broader multi-year effort by Gallup, Purdue University, and the Lumina Foundation (which provides funding to The Atlantic’s Next America project) to look at how people with bachelor’s degrees in the United States are faring. More specifically, they wanted to figure out who had been successful and why, so that colleges would have a better idea of how to serve students.

The results of the latest survey suggest that improving career counseling might be a good place for schools to focus at least some of their attention. “I think it’s a wake-up call for all of our students, parents, and higher-education institutions to say are we putting as much effort into helping students successfully exit college as we are into getting them into college,” said Brandon Busteed, Gallup’s head of education and workforce development, during a phone interview.

While a higher percentage of graduates are visiting career-services offices than at any point since 1940, most aren’t entirely thrilled with what they find. Just 17 percent of those who graduated between 2010 and 2016 said their career-services office was very helpful. The same share said their visit was not helpful at all, while 26 percent said their visit was generally helpful, and 37 percent called it somewhat helpful.

Those numbers hold regardless of school type, meaning more-expensive private schools appear no more likely to offer helpful career guidance than lower-cost public alternatives. But troubling differences emerge when it comes to what kinds of students actually turn to such offices in the first place.

Those figures, the report suggests, may indicate that such students have trouble accessing and utilizing such resources—barriers that could stem from confusion or intimidation. That’s concerning because first-generation students and transfer students are less likely to graduate than their peers. As Busteed said, “Ironically, those are groups who may need it more than any.”

Of course, not every visit to a career-services office raises the chances that someone will graduate or be successful, but the researchers found that those who had good experiences at their career-services offices were more likely to believe they were prepared for life post-graduation. Graduates who visited their center were also more likely than those who did not to be employed full time (67 percent compared to 59 percent), and to find a job quickly.

That’s especially true for black graduates, where a 12 point gap in full-time employment emerged between those who visited (66 percent) and those who did not (54 percent).

It’s worth acknowledging, though, that students who take the initiative to visit their career-services office might also exhibit greater motivation and other characteristics that raise their chances of finding employment whether they visit the office or not.

Interestingly, minority graduates were the most likely to visit their career-services offices. Often, first-generation students are also racial minorities, but, as the data makes clear, that’s not always the case. While more than six in 10 black or Asian graduates, and nearly six in 10 Hispanic graduates, visited, just five in 10 white graduates did.

And between 19 and 22 percent of minority graduates found the experience to be very helpful, compared to just 15 percent of white graduates.

In a follow-up attempt to qualify what a “good” visit to a career-services office looks like, Gallup spoke with graduates about their experiences. So-called “non-traditional” students—older students who may have worked prior to enrolling in college, for instance, or who might be raising children—said that the offices frequently offered only basic interviewing tips or resume guidelines, where what they really wanted was more personalized assistance. Some graduates said they would have appreciated suggestions on salary negotiation or what to look for in a potential manager. Others lamented that the offices were only open for limited hours, and wished for online assistance they could access at their convenience. Still others said their offices only had contacts in the local job market, making it difficult to leave the area.

All of this would indicate that there’s room for colleges to improve not only how they connect with students, but also what they offer. Some schools have begun to rethink and devote more resources to career advice in the past few years. Last year, for instance, Wellesley College hired the career specialist Christine Cruzvergara to expand its contact with potential employers and retool its services after she published a widely circulated article on LinkedIn that outlined how some schools have revamped their offices. Some schools, she pointed out, have moved the offices from student affairs to other departments, such as advancement or enrollment, while other schools have essentially moved the offices up the chain of command, so they have more frequent contact with top school leaders.

“We’ve been obsessed with admissions.”
It’s worth noting that these shifts aren’t taking place in a vacuum. More college freshmen (86 percent since 2010, compared to 73 percent between 2000 and 2009) say getting a job is a key reason they decided to go to college, and there is increasing pressure from state and federal governments to hold schools accountable for graduating people ready to enter the workforce, particularly as tuition rises and graduates struggle with student debt.

Incidentally, graduates with the largest amounts of student debt were more likely than those with less debt to say they found their visits to their career-services offices to be not at all helpful, which, Busteed noted, raises the question of whether the offices are clued into which students have debt, and whether they tailor their advice accordingly. Right now, services are often very siloed. And, Busteed added, students often select a major, then take out loans to pay for it, and then look for a job, when it might make more sense to meet with a career-services officer early, firm up some job goals, and backtrack into a major that makes sense.

Ultimately, Busteed and his colleagues hope schools will look at the national data in the report and see it as an impetus to dig into how they are doing locally. “We’ve been obsessed with admissions,” he said, but “we kind of drop the ball on the other end.”

Hayley Glatter contributed to this story.