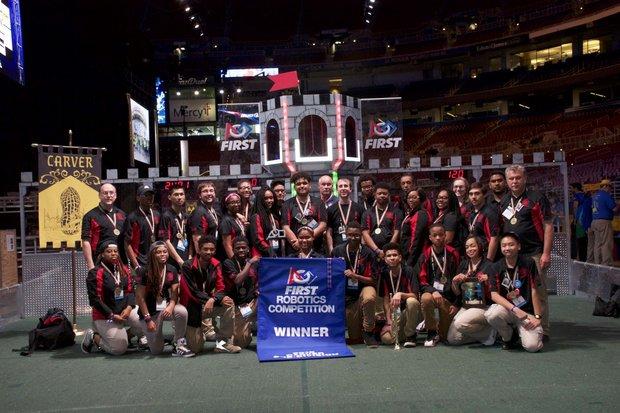 The Tri-C team — comprising more than two dozen Cleveland Metropolitan School District students — joined with three other U.S. schools to form the winning alliance. They are the first Ohio team to win the competition.

More than 40,000 cheering spectators watched the championship match on April 30 at The Dome at America’s Center in St. Louis, which hosted the four-day event.

“This was a phenomenal ending to a fantastic robotics season,” George Bilokonsky, executive director of Tri-C’s Youth Technology Academy, said in a statement. “We are extraordinarily proud and truly inspired by these bright and talented students who worked so hard to triumph.”

The winning alliance featured students from Tri-C as well as schools from California, Illinois and Virginia.

Where are the Tri-C students from?

More than 75,000 high school students from 24 countries competed in the event in the four months leading to the championship.

How does FIRST work?

The competition – now in its 25th year — is designed to introduce high school students to potential careers in engineering, science and technology. The theme this year was a medieval castle theme, FIRST STRONGHOLD.

Teams of students worked with professional mentors over six weeks to design and build a robot to compete. Robots scored points by breaching opponents’ defenses and tossing boulders through goals in their tower.

Students built the remote-controlled robots — which could weigh up to 120 pounds and stand 4 feet 6 inches tall — using kits with more than 300 parts.

To learn more about FIRST, go to firstinspires.org. 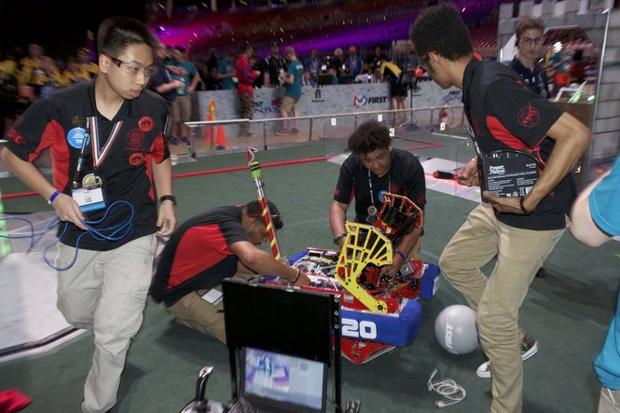 How did they get to the finals?

The group competed in 18 matches while advancing through the championship tournament.

The Tri-C team competed in regional robotics competitions in Cleveland, Cincinnati and Palmetto, South Carolina, before advancing to the championship.

Who sponsored the team?

NASA Glenn Research Center in Cleveland sponsored Tri-C’s team. NASA engineer Larry Oberle worked with students as they developed their robot. He has been involved with the program for 14 years.

The team also received support from numerous companies, foundations and other sponsors.