Fifteen things not to do on your networking ‘to do’ list 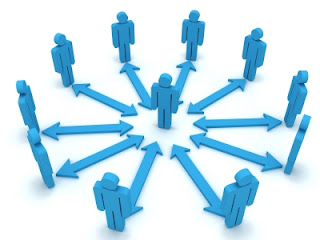 This column idea comes from a workshop participant (thanks Mike!) who asked for the most common networking mistakes made by job seekers. Having carefully laid out my workshop in a series of “do’s” – as in “do this” and “do that,” I was caught flat-footed.

Lucky me to have another chance at answering good questions like that. Here is my more carefully considered list of common networking mistakes and their remedies. See if there are any you can eliminate from your own networking process.

Mistake 1. Not having a strategy in mind before beginning. If you were laid off and then just started calling people, there’s a pretty good chance that you’d be running without a strategy. The problem? You’d soon run out of contacts and things to say — then what?

Mistake 2. Confusing the tool for the strategy. LinkedIn and Twitter are not strategies; rather they are two of the many tools you can use to conduct your networking. If you find yourself spending more time learning the ins and outs of social media tools than in actually speaking to people, you know that you are on the wrong track.

Mistake 3. Relying too much on an inner circle of friends and family. It’s logical, and comfortable, to reach out first to the people you know best. Unfortunately, these are often the least helpful contacts, as they tend to know the same people you do. You need to push yourself to reach beyond this tight circle.

Mistake 4. Treating all contacts equally. This common mistake is one indication of having no overall strategy. If your approach to each person is the same, you have not stopped to identify the various needs you have in your job search and the different individuals who can fill each need.

Mistake 5. Asking too much, too vaguely, of networking contacts. This is the natural outcome of mistake No. 3. If you are saying to your contacts, “Do you know of any open jobs?” you are asking too much, too vaguely. Your job search is not someone else’s responsibility. To gain the most help, you need to ask a better question, more clearly, such as: “Who do you know in xyz company?” The key is to remember that each contact is just a link in the chain, not the entire chain itself.

Mistake 6. Saying, “I’m not good at this” or “I don’t have any contacts” as reasons not to network. Enough said.

Mistake 7. Not thinking creatively enough or casting a broad enough net to meet the right people. When you want to talk with someone you don’t know, you must ask yourself, “How could I meet this person?” Or, “How will I find out who does this work?” And then get going on answering the question you have just posed.

Mistake 8. Not giving networking a chance to work. If you don’t allocate enough time to networking, or if you expect individual contacts to yield instant results, you will be disappointed. This is a cumulative process with results that are difficult to predict.

Mistake 9. Not staying in touch with contacts. Simply asking someone a question and then disappearing is the drive-by version of networking. You aren’t building relationships, so you aren’t getting the full value of the process.

Mistake 10. Not using broadcast emails to reach a community of contacts. A short note sent cc or bcc to a number of contacts can be interspersed with more personal communications to keep everyone in the loop on your job search.

Mistake 11. Not realizing that your contacts have a stake in your success. If someone has taken the time to meet with you, or has forwarded your name to someone else, they have made an investment that you need to respect.

Mistake 12. Saying “I’ll take anything.” In truth, you won’t. The better approach: Have a focus and communicate that focus clearly.

Mistake 13. Not following up on leads that others give you. What’s with this, anyway? If lead doesn’t fit your focus, say so. Just don’t be the person who asks for help and then ignores it.

Mistake 14. Not presenting a “can do” attitude. Networking meetings are not therapy sessions. This is not the time to vent about the job market or a bad job loss.

Mistake 15. Not maintaining networks after getting a new job. This is not only short-sighted, but selfish as well. When you get a new job, send everyone an email to thank them and to offer your assistance in return. You’ll be glad you did. There’s nothing like repaying a kindness to make you feel like you’ve really made it back to solid ground.

Amy Lindgren owns a career consulting firm in St. Paul and writes a weekly column for the Pioneer Press.