How to Move Up When Your Boss Moves Out

IMDiversity 3 years ago Comments Off on How to Move Up When Your Boss Moves Out 1.1 K

When a position opens at work, you have to advocate for yourself.

Your boss is leaving. The minute you hear the news, you realize a transition is imminent, one that presents opportunities for you to tackle different projects, assume new responsibilities and maybe even be promoted into her role.

Seizing this chance to advance your career requires a little prior planning and a lot of self-confidence.

“You’ve really got to have some gumption, and the strength in yourself to put your name in there,” says Paula Harvey, vice president of human resources and safety at Schulte Building Systems, a construction manufacturer.

Although there can be risks in advocating for yourself when a job opens up, there are also risks in neglecting to do so, such as being saddled with new tasks you don’t want or developing resentment about being passed over.

“People who keep their mouths quiet and take whatever comes from the transition are the ones who are most upset,” says Amy Wolfgang, CEO of Wolfgang Career Coaching.

Read on for advice about how to take advantage of a boss’s or co-worker’s departure.

The best way to make sure you’re in the running for work opportunities that arise due to personnel changes is to indicate your interest well in advance. That way, you improve your chances of being top of mind when managers learn that someone is leaving.

The first step is to reflect on your personal career goals. Maybe you want to move into management. Or perhaps you’d like to work in a different department or take responsibility for projects currently led by someone else. Taking time to assess what you’re trying to accomplish in your career will help you discern which opportunities to pursue when a colleague leaves, Wolfgang says.

Next, communicate those goals to your manager. At some companies, these conversations are built into performance reviews, and supervisors regularly ask employees to talk about where they’d like their careers to lea .

If that’s not the case where you work, though, you can address the topic with your boss in a few different ways, Wolfgang says. The indirect option is to ask generally about career advancement at the company or the paths employees take after several years of work. A bolder move is to ask to discuss your personal career development and then explain your interest in being considered when jobs open up.

Articulating your interest in advance can help you land a spot in your company’s formal succession plan, usually an organizational chart that lists executive and manager roles and the names of employees who will be tapped to fill those roles if they become vacant, Harvey says. It could also earn you entrance into any internal training programs your company offers for those employees deemed to have “high potential” for moving up the company hierarchy.

Even if your company lacks these structures and instead takes a more spontaneous approach to handling employee departures, expressing your goals now may still pay off down the line.

“The more you can show you employer, ‘here’s my interest in terms of my long-term future here,’ the more they will want to invest in you,” says Jenn DeWall, a career coach who works with millennials.

Meanwhile, keep track of your work accomplishments with what DeWall calls a “great list.” This will give you evidence – and confidence  – when the time comes to advocate for yourself.

It’s not enough to talk about your goals to your boss, though. You also have to prove your value elsewhere in the company to set yourself up for promotions and other opportunities. 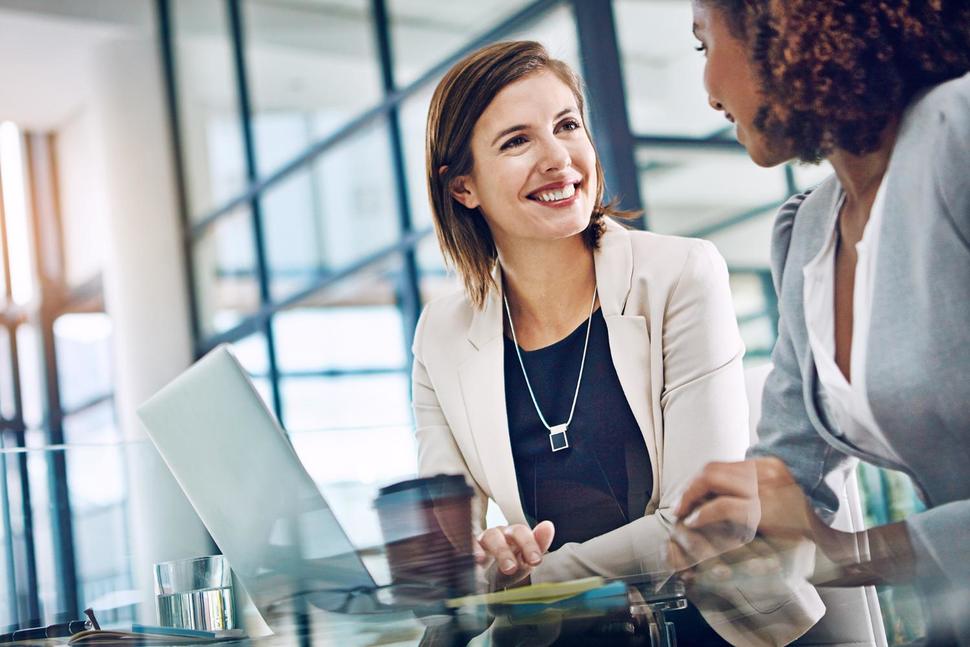 The best way to make sure you’re in the running for work opportunities that arise due to personnel changes is to indicate your interest well in advance. (Getty Images)

“You need to ask yourself who needs to know about the work you’re doing,” Wolfgang says. “Sometimes we rely on our boss to be that voice for us. That becomes a problem when our boss leaves.”

Create a strategy for sharing your success outside of your immediate team, Wolfgang advises. This doesn’t have to be ostentatious; instead, “do it in a way that’s intentional and authentic for you.”

For example, have conversations with colleagues about projects that are meaningful to you and discuss how they bring value. That way, if the person who championed those projects leaves, it’s less likely the projects will be cut or taken away from you.

“You don’t have control when a boss leaves or a co-worker leaves,” Wolfgang says. “What you have control over is advocating what value you have or your projects bring.”

Make sure to build relationships throughout the company, too. That will give you a network on which you can rely if a job vacancy presents an opportunity to move to a different department.

Ask for What You Want

When a boss or colleague announces his or her departure, revisit your career goals and figure out how this change can help you attain one or more of them.

Some companies have formal job-bidding processes for job vacancies, where the human resources department or hiring manager asks employees to nominate themselves as internal candidates. Don’t be deterred if your company doesn’t; you should still make your case, experts say.

Go to your boss first. Or, if it’s your supervisor who is leaving, go to your boss’s boss. Do this even if you’ve already made clear to these colleagues in the past that you’re eager for new opportunities.

In that meeting, tactfully express what you want and make the business case why you’re the right person for the open job or duties, referring to the accomplishments from your “great list.”

Here are sample scripts from Wolfgang and DeWall:

“I’m enjoying my role, but with this opportunity, there are more challenges, and that fits with what I’ve been talking to my manager about. My boss was doing X, Y and Z, and I would love to take over those projects.”

“This is where my skill set could align with this new position. I have done X, Y and Z, look how I could help the company and absorb this. There won’t be on-boarding and there won’t be a knowledge gap. I’m ready.”

During the conversation, make sure to propose a specific plan for how work could be reassigned.

There are several mistakes to avoid when trying to take advantage of a co-worker’s departure.

If you’re very new to the company, it may be prudent to sit this opportunity out until you have a solid track record of success and a better understanding of the expectations the company has for you, DeWall says.

Only ask the person vacating the job to put in a good word for you if he or she is leaving the company on good terms, DeWall says. Otherwise, that person will “not have a lot of credibility” with the company and could harm your chances.

Do not frame your pitch as an ultimatum or threaten to quit if you don’t get what you want, Wolfgang says: “Trying to hold them hostage is not going to do good things for your career.”

Despite these caveats, it’s usually worth advocating for yourself when jobs open up, experts say. Remember that companies have vested interests in promoting internal candidates they already know.

“When you hire the wrong person, it costs time and it costs money,” Wolfgang says. “You want to hire the least-risky person possible.”

Because recruiting new employees is more expensive than retaining current ones, “if you have good management, they should be wanting to promote people from within and keep people excited about opportunities at the organization,” Harvey says.

And it’s certainly in your best interest to ask for what you want when a co-worker leaves. If you don’t, others will make decisions during the transition that you may not like.

“When you stay quiet, you may get extra work you don’t want. You start seething. You make up a lot of stories about it, in a role you may have enjoyed prior,” Wolfgang says.

It is possible that your company will deny your promotion request, or, in some cases, even take punitive action against you for trying to advance your career.

But, Wolfgang points out, “If they don’t want to take you seriously, that’s good information for you to have” and can help you plan your own eventual exit from the company. “Even if it doesn’t work out, you’ve done what’s in your control. Whatever the answer is, it gives you information to make a decision rather than be angry no one thought about you.”