Is there a perfect time to look for a new job?

IMDiversity 5 years ago Comments Off on Is there a perfect time to look for a new job? 1.3 K

By crunching the data and talking to experts, we found that a Tuesday morning in December might be the best time to search. 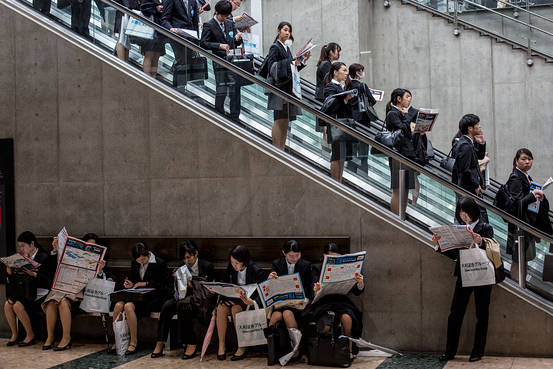 If you arrive back at work after a Christmas break and want to make a career change in the New Year, you won’t be alone. Spending time with friends and family often crystalises workers’ determination to look for a new gig. And the first week of the year is when many people find themselves making good on their resolutions. But is there a perfect time to look?

The best month of the year

Data from the world’s largest job search websites shows the hunt ramps up significantly once January arrives: the biggest day for searches on global jobs website Monster last year was Monday, January 4. So far in 2017, six of the top ten search days also fell in January.

Data from Indeed, another global jobs site, shows that in Canada, Germany, France, Canada and the US, the amount of job postings jumps significantly from December to January. While December only accounts for 7.2% of yearly postings in the UK for example, January is responsible for 9.4% of yearly postings.

“December tends to be the time when people will re-evaluate how satisfied or dissatisfied they are with their employer, says Jodi Chavez, president of Randstad Professionals, a global recruitment firm specialising in finance, accounting, HR, marketing, sales and legal staffing. “We see more candidates looking for a job change in the beginning of the year.”

But despite job searches and listings spiking in January, mid-December may be a better time to start applying, says Paul McDonald, senior executive director at recruitment firm Robert Half, which specialises in the accounting and finance, technology, legal, creative and administrative fields.

“For calendar-year companies, December is the end of the fourth quarter. A lot of companies have a standing policy that if they don’t use their budget in the calendar year they lose it, it doesn’t roll over to the next year,” says McDonald. “So if they have an open position, they are motivated to fill it immediately or potentially lose that headcount as they head into the new year.”

The data and experts say there is a lot of job search happening in December and January. But are there other times of the year that are particularly good or bad?

Hiring during the summer months in Europe and North America – June through to August – can be very slow, with lots of people on holiday. So hiring ramps up just before summer and the beginning of autumn says McDonald.

The takeaway: job listings and searches heat up a lot in January – so if your company follows a calendar year, it might be best to start applying in December when there’s less competition and some roles appear that need to be filled before January.

The best day of the week

If a job posting comes out on Monday, the best strategy is not to be the first person to respond – Jodi Chavez

“Experts have suggested that Monday or Tuesday tend to be the better times to respond,” says Chavez. “That being said, if a job posting comes out on Monday, the best strategy is not to be the first person to respond. Typically, what happens is people see what comes in, they evaluate it and then wait to see what else comes in. The first person gets to set the benchmark but you don’t necessarily want to be that person.”

She adds that you don’t want to apply too late either, and recommends sending your CV between 12-24 hours after a job is listed online, and during business hours of the industry you’re targeting.

Of course, specific industries have different rhythms and cycles when it comes to hiring.

Tech job listings at Monster, for instance, align with the start of the year and autumn in the Northern Hemisphere, with listings increasing January-March and September. For transport jobs, the top months on Monster both in 2016 and this year (so far) were identical: November, October and August.

“Part of the job search is knowing your industry,” says Chavez. “For accounting and finance for example, the best time to get your resume ready is in January through May, when the budgets are set and companies are then free to hire. “

The best time of the day

Data from Indeed shows that European job seekers tend to search in the earlier part of the day (between 11am and 2pm) and after their evening meal. Job searchers relax a bit on the weekend, and begin checking again Sunday evening, perhaps as the thought of another week at their current job settles in.

But what about when your dream job is posted? Is there a strategic time to respond?

“You stand a better chance of getting visibility if you send it during business hours. Typically, what will happen is people will catch a job posting in the evening because they can’t, or shouldn’t be looking while at their current job. But if you find something in the evening, prepare everything and send it during business hours the next day so you don’t risk getting buried under a pile of other resumes.”

Those times are also in line when jobs are typically posted on boards by hiring managers as well. Data from Indeed shows that the amount of job listings in the US, Canada, France, Germany and UK start increasing around 8am, peak in the late morning and early afternoon, and start decreasing at 3pm.

But Chavez emphasises that typical business hours differ from role to role and the key is to research when hiring managers will be at their desks.

So, is there a perfect time to search for a job? For some job hunters, the answer could be – on a Tuesday, in December, between 10 and 11am.

But given that robots are often the ones responsible for scanning your CV, Chavez and McDonald agree that the most important thing is to make sure your resume and cover letter are polished and a good fit for the job you’re going for, using industry keywords.

And that can be done at any time of day.