Life beyond the Laboratory Bench

“Uncouple personal passion from your message.”

These are but a few of the pearls of wisdom we heard during a forum we hosted recently at Memorial Sloan Kettering. The conversation centered on career advancement in science (and its obstacles), and on life beyond the bench.

Postdocs and other trainees often have opportunities for career development that are directly related to applying for faculty positions or other jobs, but the conversation always centers on logistics of the job search, application process or actual job duties. Few venues exist to discuss more sensitive career quandaries and vexations that also impact opportunities to climb the career ladder, beyond personal conversations with supportive mentors—and not everyone has one of those. 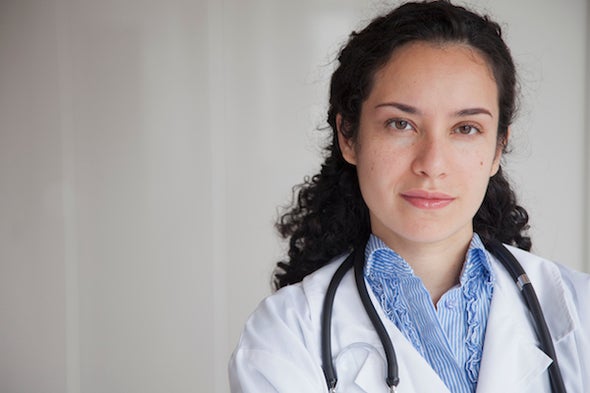 Generally, topics that are hard to navigate, especially for women and minorities—making yourself heard, achieving work-life balance, overcoming biases—are discussed quietly in hallways. We decided to have a public conversation with successful faculty members (three women and one man, including early-career scientists and established investigators) with the goal of shedding light on such issues.

The challenge was to explore how, and when, trainees could broach these more personal topics with their mentors or institutions without feeling like the topics would derail a professional relationship or fearing that openness when disclosing personal circumstances could endanger their opportunities for promotion.

We solicited questions from our colleagues and allowed others to be submitted anonymously beforehand, on such sensitive topics as gender or race biases in science, and pregnancy or maternity discrimination, and their impact on career advancement.

As is often the case with faculty discussing any issue, we got multiple and often opposing perspectives. For example, when discussing communication styles, one panelist advised that she is “always my authentic self,” while another recommended downplaying personal emotion in a professional setting to avoid being labeled strident or shrill.

But the panelists also agreed on many issues as well, such as the advice that women should continually raise their hands in meetings and seminars, reinforce their points at every opportunity, and interrupt the interrupters. “I don’t want jerks in my lab,” one panelist said, “and have no problem calling people out when they talk over their colleagues. I even call them for their negative facial expressions.”

The discussion reinforced our belief that while differences may exist in the way men and women speak, and on their levels of self-confidence, respect and active discourse are critical.

When the conversation turned to work-life balance, the audience was heartened to know that the panelists struggled as much as the rest of us. “I can’t have it all, and I can’t be great at everything,” admitted one. Another noted that it’s wise to define your goals, even if they are just short term, and to shift those goals based on new priorities. In the end, what we appreciated most was that balance means something different to each of us, and striving for a perfect balance at all times may be futile. It’s okay to accept that everything can’t take priority and that compromise is not a four-letter word.

When the topic of disclosing pregnancy came up, the panelists were surprised to hear that female students and postdocs were nervous about talking to their lab mentors– but it was one of the most common comments/questions we received in advance. This disconnect highlighted the importance of having this conversation in the open, as neither trainees nor mentors knew what the other was thinking. It also underscores the need for institutional guidelines to tackle the fact that many trainees still perceive family and work roles as mutually exclusive choices when climbing the academic career ladder.

We learned so many other useful things during the discussion as well.

Be prepared to answer the question “Why?” when negotiating for more money and, beyond comparing yourself to others, remember to bring your qualifications and attributes to the discussion.

While each panelist agreed that the female candidates they interviewed for postdoctoral or faculty positions were less likely to negotiate, they noted that the number of women asking for more is increasing.

Panelists also acknowledged that women are not always given a fair shot.

One observed that women in early career stages are often prevented from networking opportunities as events are often in the evening and conflict with personal or familial responsibilities. Another pointed out that women are given reference letters that focus on their interpersonal skills rather than their accomplishments. The panelists advised the audience to communicate their struggles to those in a position to help, since mentors both in the lab and outside can’t be expected to guess. The panelists mentioned feeling more connected to their trainees, with a larger stake in their success, when their trainees chose to share.

Overall, the event was very successful, in that the trainees who attended and submitted questions in advance felt like their voices were heard and their concerns given significant discussion. The panelists gave great advice that has resonated in our institution since the event.

We hope that these discussions will continue here and elsewhere, and will gladly provide the list of questions to anyone who asks. We hope that trainees will feel more empowered to start these conversations and that institutions and faculty members will recognize the value of open discussion in making the invisible hurdles in science career advancement more visible so they can be effectively tackled.

The views expressed are those of the author(s).