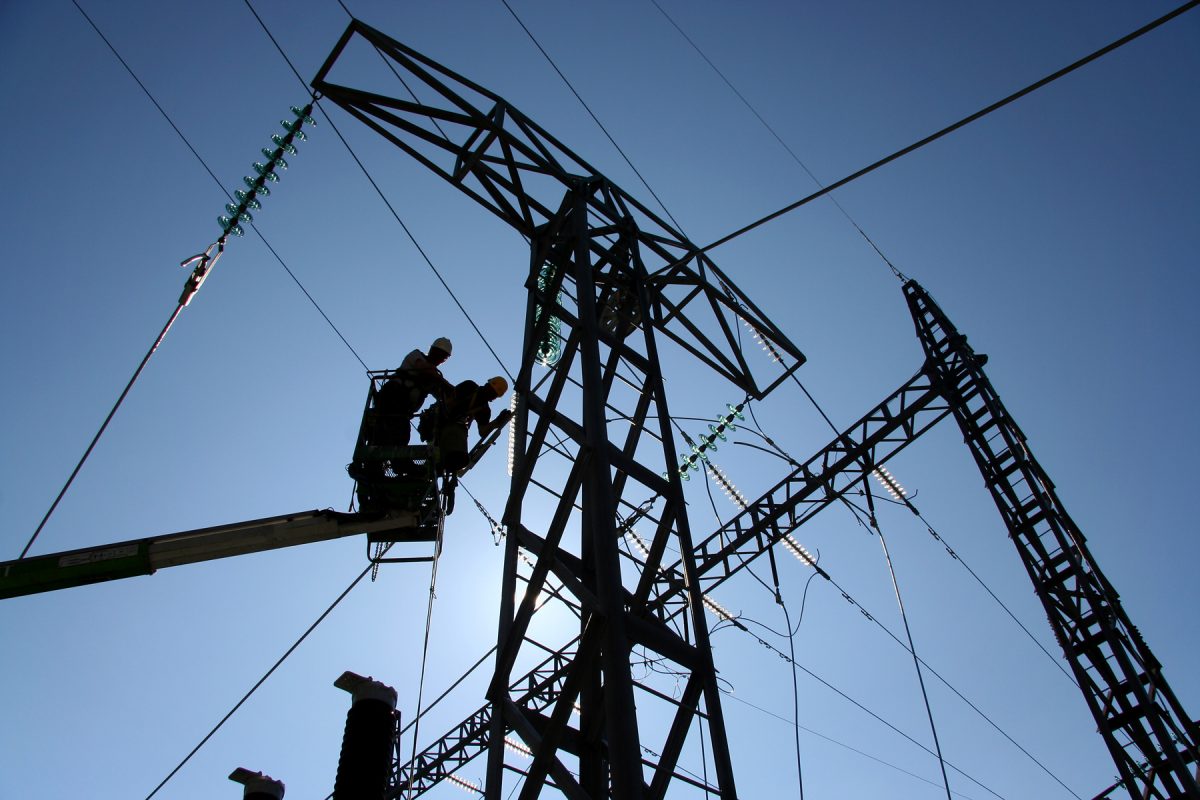 Bias and limited job opportunities may be possible factors for the findings.

Latino immigrants and African-American men work in jobs with the highest risk of injury, according to a new study of workplace injuries and disability.

“We found that their risk was higher even when we accounted for education and other demographic characteristics,” said lead author Seth Seabury, director of the Keck-Schaeffer Initiative for Population Health at the USC Schaeffer Center for Health Policy and Economics and the Keck School of Medicine of USC. “Disparities in economic opportunities for minorities lead them to take more hazardous jobs that raise their risk of injury and disability.”

For the study published in the February edition of Health Affairs, USC researchers found that men ages 18 to 64 who are Latino immigrants have the highest average workplace injury rate at 13.7 per 1,000 workers, followed by African-American men (more than 12), and U.S.-born Latino men (nearly 12), white men (11.8), and Asian Americans (nearly 10). Other ethnicities have a rate of around 11 per 1,000 workers.

The researchers from the Schaeffer Center, the Keck School of Medicine of USC and Boston University analyzed two sets of data that had similar demographic characteristics.

More injuries, more disability
A higher expected workplace injury rate is linked to an elevated risk of disability, but especially so for older workers ages 50 to 64, the researchers found. African-Americans in this age bracket have a 4.4 percent rate of work-related disability, followed by foreign-born Latinos (4.2 percent); Asian Americans (4 percent) and U.S.-born Latinos (3.5 percent).

Older whites have the lowest disability rate — about 2.5 percent. 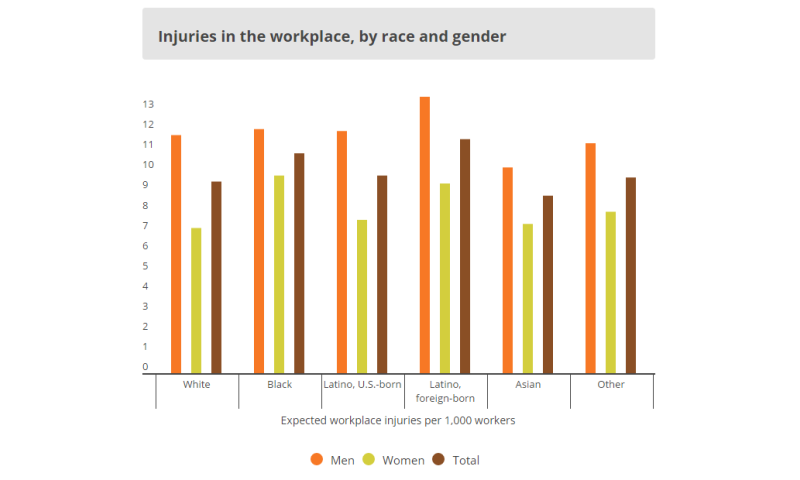 (Men Women Total)  Injuries in the workplace, by race and gender. USC researchers found that immigrant Latino men between the ages of 18-64 have the highest average workplace injury rate. They did not cite the cause of the disparity, but say that discrimination historically has been a factor in poor worker safety. SOURCE: Researchers’ analysis of data from the 2006-13 American Community Survey linked to Bureau of Labor Statistics injury and illness data.

The researchers did not identify the underlying causes of the disparities, but discrimination has been a factor in poor worker safety throughout history. The study noted, for example, that more than 40 years ago, researcher J. William Lloyd found steel workers who were black were assigned to work the top-side of the coke ovens and consequently exposed to high levels of cancer-causing emissions.

Historically, ethnic minorities have faced some of the worst job conditions.
– Seth Seabury

“Historically, ethnic minorities have faced some of the worst job conditions,” said Seabury, who is also an associate professor of ophthalmology at the Keck School of Medicine. “The United States has made progress in reducing on-the-job injuries, but our findings indicate that disparities still exist. Minority workers experience worse health.”

The researchers said that because they focused on workplace injuries for this study, they may have fallen short of capturing the full extent to which working conditions can hurt the health of minority and immigrant workers.

Bias in the workplace
The researchers listed possible factors that may contribute to disparities in work-related injuries, such as a bias in assigning minority workers to the riskiest tasks or discrimination in hiring and promotion.

“Based on our findings, policymakers and regulators may need to review whether employers are systematically assigning people of different races and ethnicities different jobs or job tasks according to their risk,” the researchers wrote.

Investing more in lowering injury risk is expensive, and it could lead employers to lower wages or reduce job opportunities, the researchers noted.

“Care needs to be taken to ensure that efforts to make workplaces safer do not at the same time reduce economic opportunities for vulnerable populations,” they wrote. “The issues raised here will only become more salient and politically charged as the U.S. population continues to become more diverse.”

Study co-authors were Sophie Terp of the Keck School of Medicine and Leslie Boden of Boston University.

The work was funded by the National Institute for Occupational Safety and Health. Seabury also received funding from Research to Prevent Blindness through an unrestricted grant to the Department of Ophthalmology at the Keck School of Medicine.

The study was led by the Keck-Schaeffer Initiative for Population Health, which aims to combine empirical, multidisciplinary and policy-driven research with clinical insight to develop high-value strategies to improve the health of vulnerable populations. The initiative is a partnership between the Schaeffer Center and the Keck School of Medicine.